The video assistant referee (VAR) and the technology used in deciding offside calls around the world have come under plenty of criticism in recent years, but could that all be about to change?

Offside decisions may soon be “semi-automated” by using Artificial Intelligence to map players and make instant decisions. Arsene Wenger, who is now FIFA’s chief of football development, has said he is hopeful it will be ready for next year’s World Cup in Qatar.

We’re not there yet, and extensive trials of the technology are still needed, but anything that returns the game to how it used to be is welcomed and semi-automation is clearly a vast improvement on VAR offside as is stands today. Here’s what it’s all about.

What is semi-automated offside?

It is Artificial Intelligence-based technology that uses limb-tracking and automated ball detection to create three-dimensional models of a player’s position instantly.

Solutions to improve the accuracy of the kick point include tracking data using sensor technology from camera systems, while a player’s skeleton will be modelled to identify which part of a player’s body is farthest forward.

How will it work?

The VAR will be told almost instantly that a player in an offside position. The VAR should be able to determine very quickly if this player is active in an offside position, or not involved in the play. If offside is confirmed, the assistant will be notified via a red light on their watch, indicating to raise the flag.

The only exception is when the VAR may need to assess whether a player has been interfering in play, such as being in the line of the goalkeeper’s sight. This may cause a small delay to confirming an offside decision.

Why does VAR offside need to change?

Firstly, selecting the exact point the ball is touched by the player who is passing cannot be determined accurately because of the frame rate of TV cameras used across all major leagues.

And there are other issues. The VAR manually selects the offside point on both defender and attacker, which is inconsistent and even the same VAR could make a marginally different decision if calculating a second time.

Plotting players with 3D imaging on a 2D screen cannot be exact, while fans often simply do not accept the result due to the parallax on the 2D image. Only the Premier League has shared the line-drawing process through broadcasters, which has only served to cause more controversy.

The time taken to judge offside, in some cases in excess of four minutes for complex decisions, adds further frustration.

All in all, supporters don’t really trust the process.

So, why does semi-automation things better?

Perhaps most importantly, this would mean the end of the delayed offside flag. No more will you see play continue for an extended period, only for the flag to finally go up after the ball has entered the goal or the attacking move has ended.

Offside decisions will be instant, in most cases the flag will be raised before a goal is scored. In any others, the decision would be so quick it would feel just like it used to be before VAR came into the game.

“Will semi-automated offside lead to a removal of the delayed flag for offside? The answer to that would be almost certainly yes,” said David Elleray, technical director of the IFAB. “It should remove the uncertainty that fans currently hate. Is he onside? Can I celebrate? Is it a goal?”

These factors create a powerful change — whereby a goal being disallowed by a noticeable VAR decision will be extremely rare. Goals will still be disallowed for offside through VAR, but the decision would take place in the background and fans shouldn’t even notice it’s there.

– How VAR decisions have affected every Premier League club

So, fans can celebrate goals again?

In the Premier League this season there have been 100 VAR overturns, a third of which have involved offside. Of the 30 goals disallowed, 23 have been for offside. With those removed, VAR would have disallowed only seven goals in 300 matches.

But that only scratches the surface. All 797 goals and 120 penalty decisions (other than those that come from a corner kick, of course) in the Premier League have had to be checked for offside. And that can lead to a long delay while a decision is made — even if merely confirming a goal. With the new technology, that all ends.

“On average, the time we have to wait is around 70 seconds, sometimes 1 min 20 seconds, sometimes a little bit longer when the situation is very difficult to appreciate,” Wenger told FIFA’s Living Football TV. “It is so important because we see many celebrations are cancelled after that for marginal situations and that’s why I believe it is a very important step.”

No longer would the first thought in a fan’s mind need to be the fear of a goal being disallowed or subject to a lengthy check.

“Semi-autonomous offside would be a real step forward,” said Mark Bullingham, CEO at the English Football Association. “Everyone recognises that the fan experience is negatively impacted by having to wait for the confirmation that a goal has been scored. If you have a scenario where you have semi-autonomous offside, where the assistant always knows whether players are offside, they can make an instant decision that doesn’t need to be referred, that would be a step forwards. We’re always looking to improve the fan experience.”

There must be some negatives?

Better technology will naturally be more precise, and fans already hate the marginal offside decisions. So a balance must be struck between technology and decision-making.

“It will spot all offsides, even smaller than the one we are spotting today with the current technology,” said Pierluigi Collina, chairman of the FIFA referees’ committee. “So it would be more accurate, and ironically we would have more marginal offsides that could be detected. It’s a matter related to the spirit of football.”

FIFA is also exploring better visualisation of marginal decisions, and it could be that offside is only applied if the result can clearly be shown using graphics.

Great, when will semi-automated offside be ready?

The technology is one of the primary objectives of FIFA’s Working Group of Innovation Excellence, aiming for implementation at the 2022 World Cup in Qatar. Successful offline tests were held at the Club World Cup events in 2019 and 2021, but the development process has been hampered by the coronavirus pandemic.

“We had two matches as a trial during the Club World Cup recently,” said Collina. “They were very successful but we’re still at quite an early stage. But the outcome is clear: It reduces a lot of the time needed for a decision.”

The aim is still to have it in place at the World Cup, which starts in November 2022, but time could be against FIFA.

Domestic leagues want to use the improved technology, too. Hopes to have it implemented for the start of 2022-23 are fading, with the latter stages of the Champions League that season, and in full from 2023-24, looking more realistic.

Why is Wenger talking about automated offside?

Arsene Wenger wants the offside decision to go straight from the technology to the linesman, and cut out the VAR,

“The semi-automated goes first to the VAR who signals it to the linesman. We, and especially me, I’m pushing very hard to have the automated offsides, which means straight away the signal goes to the linesman,” Wenger said.

However, removing the role of the VAR raises issues. How does the linesman know which player has been identified as offside by the technology? Being told a player is in an offside position does not mean that player is active for offside.

FIFA and The IFAB are have made semi-automated offside their preferred method.

Katie Walsh: My review of the 2021 Cheltenham Festival 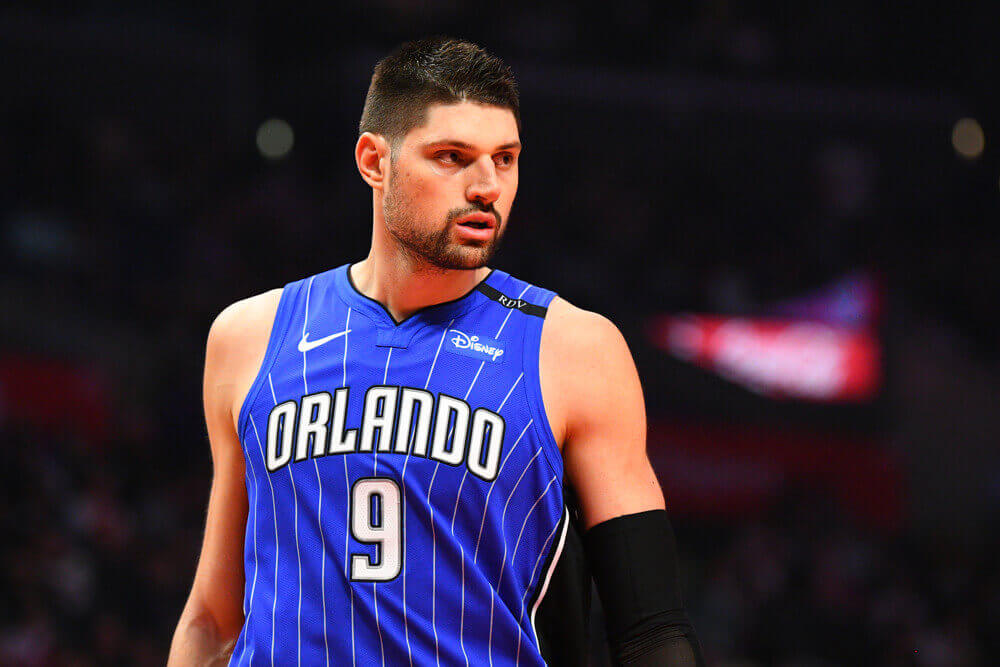 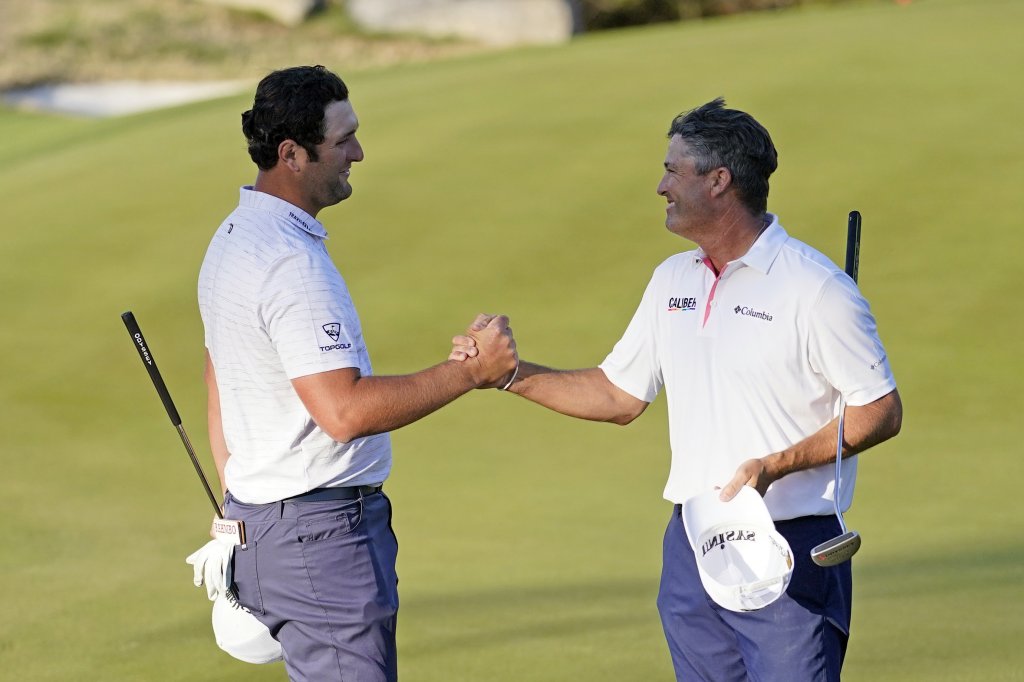