The Detroit Pistons are sitting Blake Griffin until there is clarity on his future. Griffin, like Andre Drummond, is destined for a new team in the coming weeks.

Pistons general manager Troy Weaver said the organization is looking to, “facilitate a resolution regarding his future with the team that maximizes the interests of both parties.” This will involve exploring possibly trade destinations and potentially negotiating a buyout.

Where could the former MVP candidate end up? See the teams that bookmakers believe are in the running below.

Odds on Team to Trade for Blake Griffin

Blake Griffin is owed $36.6 million this season and $39 million in 2021-22. Matching salary in a trade is going to be challenging, and particularly so considering Griffin’s performances this season. He’s under 40% from the field, scoring just 12 points per game, and has lost all the explosiveness that earned him All-Star honors five times as a Clipper.

Having played just 18 games in the truncated 2019-20 campaign, Griffin has been unable to get anywhere near the level which saw him earn his sixth All-Star selection in 2018-19. The three-point shot is not falling – he’s dropped from 36.2% two seasons ago to under 32% this term. A lengthy injury history looks to have gotten the better of Griffin. His numbers are down across the board, and he’s been unable to help Detroit win games despite the brilliant performances of Jerami Grant.

It’s unclear how much Griffin has left to offer. Teams will not be in a rush to take on that contract. If there’s no buyout, though, and Griffin shows improvement from his early season performances, it’s not infeasible that a front office or two talk themselves into a trade.

Could Griffin Be Purely a Salary Dump?

A possible salary dump with the Oklahoma City Thunder seems a bit far-fetched. Detroit are not in a position to be attaching assets to get rid of Griffin’s contract. The Thunder have space and Al Horford’s contract to try and build a deal if they wanted to, but it doesn’t look like a good fit.

Oklahoma City would be more than happy to take on the money for an extra pick or two, but why would the Pistons do that?

The Thunder are an interesting option. Their front office would likely be open to taking Griffin’s contract, perhaps more so than others. It’s just hard to understand from Detroit’s perspective.

The Heat are linked with every player on the trade block. They have a need at power forward, too, so there’s some reasoning behind their favorites status here. They face the same problem as so many good teams, though.

With Blake Griffin’s days with the Pistons nearing the end, I’m reminded how the Clippers raised his jersey in a mock retirement ceremony, signed him to a max extension & 7 months later, traded him to Detroit. A year later, Steve Ballmer wanted a handshake pic.twitter.com/adCuoZf5Xw

Even with the tradeable salaries of Kelly Olynyk and Meyers Leonard, the Heat are nowhere close. They would likely have to include Andre Iguodala alongside Olynyk and Leonard to make a deal work. This would considerably chip away at their depth.

Getting the 2018-19 version of Griffin alongside Bam Adebayo in the frontcourt is an exciting prospect. The Griffin we have seen this season, though, is unlikely to help the Heat win games. Even the star-hungry Pat Riley is not going to deplete their defense by losing Iguodala and give up a skilled offensive player like Olynyk for a struggling Griffin.

Bulls Can Make a Deal

The Chicago Bulls haven’t played a postseason game since 2017. Zach LaVine is playing at an All-Star level, and Chicago is in the play-in mix. Of all the teams listed, they have the easiest route to a Griffin trade. Otto Porter’s salary and filler like Cristiano Felicio or Luke Kornet would work for the salary.

The most 💰 a player has given back in a buyout:

They have their front court set with Thaddeus Young, Lauri Markkanen, Wendell Carter and Patrick Williams, but the Bulls can take a swing on Griffin with minimal risk. He would give Billy Donovan another playmaker to run the offense through, which is a massive bonus for a club still searching for its long-term lead guard.

Griffin and Detroit reaching a buyout is by far the most likely outcome here. He would probably then join a contender and come off the bench. If a trade goes through, though, Chicago is a decent landing spot. 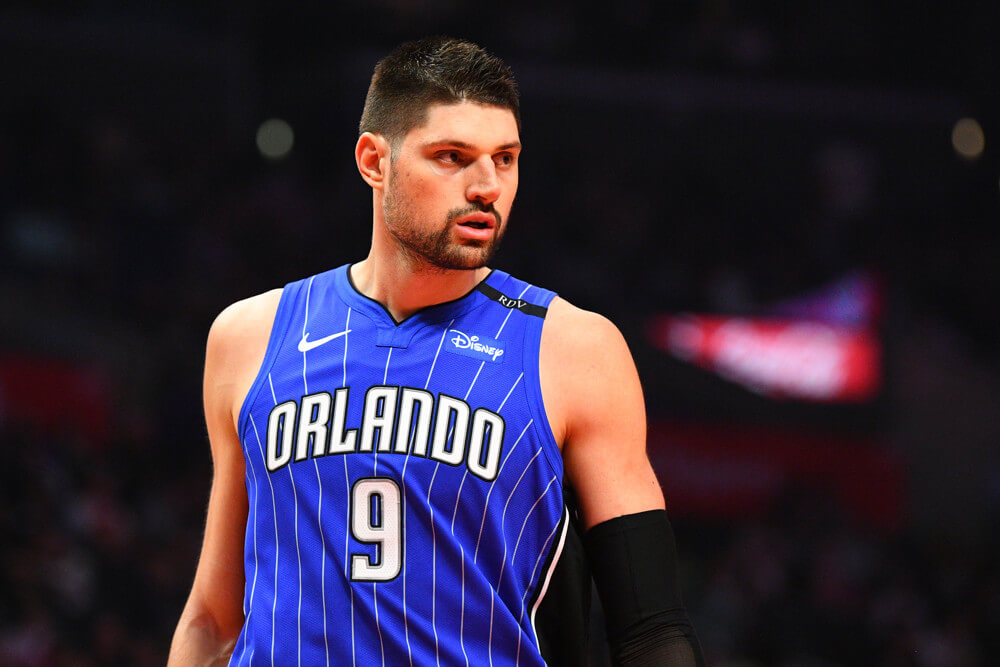