Well, we know two things: Duke is not going to win the NCAA Tournament, and Gonzaga is the first team in six years to bring an unbeaten record to the Big Dance.

And here is a third: If Tennessee wins it, there will be a whole lot of hurt going on at FanDuel, which has the largest market share in the ever-growing legalized U.S. sports betting universe. So we are going to explain why, and we also will point you to a few wagering opportunities that are out there. Do with this information what you choose.

What are the odds that someone other than Gonzaga wins it? Remember this: Of the five teams that have entered the tournament unbeaten since the 1976 Indiana Hoosiers went 32-0 and won it all, every single one of them has been knocked out. The most recent was the 2015 Kentucky Wildcats, who went 34-0 and then got Kaminsky-ed by Wisconsin.

Percentages of Bets and Handle on Top Contenders

So if it isn’t the Zags, what happens if it’s the Volunteers, who defeated Florida 78-66 Friday afternoon in the SEC tournament, getting nine blocked shots from Yves Pons.

Anybody who wagered on the Vols pre-tournament will have a financial windfall, as they currently sit at +4500, but have been bet quite hard at longer odds. Six of their top seven players are guards, led by 6-foot-4 freshman shooting guard Jaden Springer, who played high school ball at IMG Academy, where he was teammates with Josh Green.

His dad Gary was a Division I standout at Iona, and his cousin is DeAndre Bembry of the Raptors. He is an NBA prospect, and he’ll likely enter the draft if he kills it in the tournament.

So if you wager on Tennessee, Springer may be the guy who is going to have to carry you on a team that gets balanced scoring from seven players. And if you win, FanDuel may just tag you as a “sharp.” And isn’t that what every sports gambler wants to be known as?

Check out where the money is being wagered with the two major books, who would love to have some other longshot win it because of where their exposure is.

Although the Vols odds have faded from +2600 to nearly double that amount (they alternated wins and losses in their six games before defeating Florida), 5.2 percent of the handle is an extraordinary potential liability for FanDuel.

About $10 billion  is expected to be wagered in the U.S. this year on the NCAA tournament, a majority of it online with the major sportsbooks.  Industry expects say FanDuel controls 39 percent of the market, while DraftKings will control 27 percent.

If we estimate conservatively that FanDuel will take in $200 million in wagers and the Tennessee percentage sits at five percent, that amounts to $10 million on the Vols to win it at various prices, since the odds change every day.

But even at +2600, that would be $260 million in payouts, and thus a net loss of $60 million. DraftKings’ biggest exposure is on Gonzaga and Illinois, and the two biggest books are offering different prices on different schools. You really have to shop around on this one, especially if you are a Cade Cunningham fan.

Those teams represent the Top ten teams at DraftKings, whereas at FanDuel the Top ten includes West Virginia at +2000.

Is Gonzaga Head and Shoulders Above the Rest?

The Zags were 15-1 in conference a year ago when the season got canceled, their only loss coming against BYU.

Baylor is No. 2 in both the AP poll and the coaches poll, its only loss coming by 13 points at Kansas. But the Jayhawks have gone 19-8, resembling a leaky faucet, which is only one reason why they are a risky pick.

Illinois and Houston are the only teams with three losses on their records, and the two polls are almost mirror images of each other.

Oregon (20-5) checks in at No. 25 in the latest coaches poll and did not make the AP Top 25. They have won 11 of 12 including a nice win over Oregon State for the regular season conference championship. They face Oregon State again tonight in the Pac-10 tournament.

Who Will the Bracketologists Be Touting?

ESPN bracketologist Joe Lunardi lists Drake, Boise State, Colorado State and Syracuse as his “last four” teams that will be chosen for the 68-team field. Duke’s season is over because of COVID issues, and the sportsbook BetMGM make the stunning decision Wednesday night to refund all Duke wagers made for the ACC tournament.

“Duke just won back-to-back games and was advancing through the tournament with a chance to make a run to the title game. Since COVID is knocking the Blue Devils out of the ACC tournament, BetMGM is going to refund all bets on Duke to win the ACC,” said Seamus Magee, head Sports Trader at BetMGM.

SAD NEWS: We will not continue competing in the 2021 ACC Tournament due to our school’s and conference’s health/safety protocols. The determination was made following the positive COVID-19 test for a member of our program’s Tier 1 personnel after Wednesday’s game.

For folks who like to base their brackets and bets on a star player, there is not a lot to choose from. Only 23 Division 1 players are averaging 20 or more points, led by Max Abmas of Oral Roberts, which won the Summit League Championship 75-72 over North Dakota State, despite giving up 52 points in the first half.

The Golden Eagles are not yet listed with championship odds but will be by Sunday night.

Max Abmas and Kevin Obanor are one of the best duos in College Basketball. The two Oral Roberts stars combines for more points per game than any tandem in the country. #TheyCanPlay #ORUMBB @summithoops pic.twitter.com/cAYRkqjipG

So make your pick and cross your fingers. This year’s tournament in a plunge into the unknown for everyone, including the scouts who get paid to watch and evaluate these players. Good luck to everyone, and remember: The best bet you can make this year is getting a COVID-19 vaccine. And then years from now, you can tell folks the story about how your bubble pick hit! 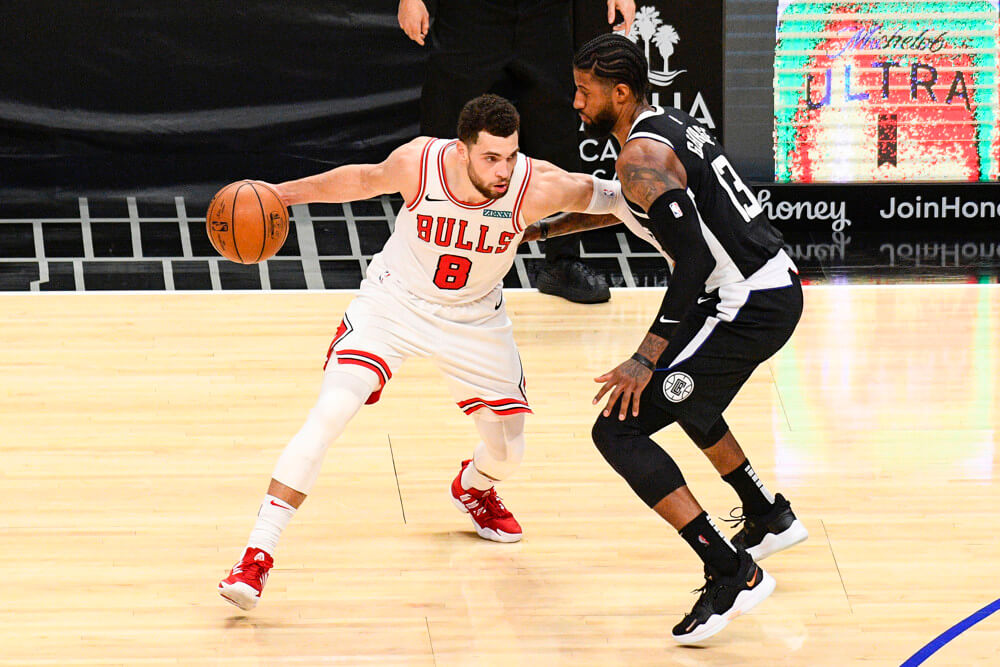 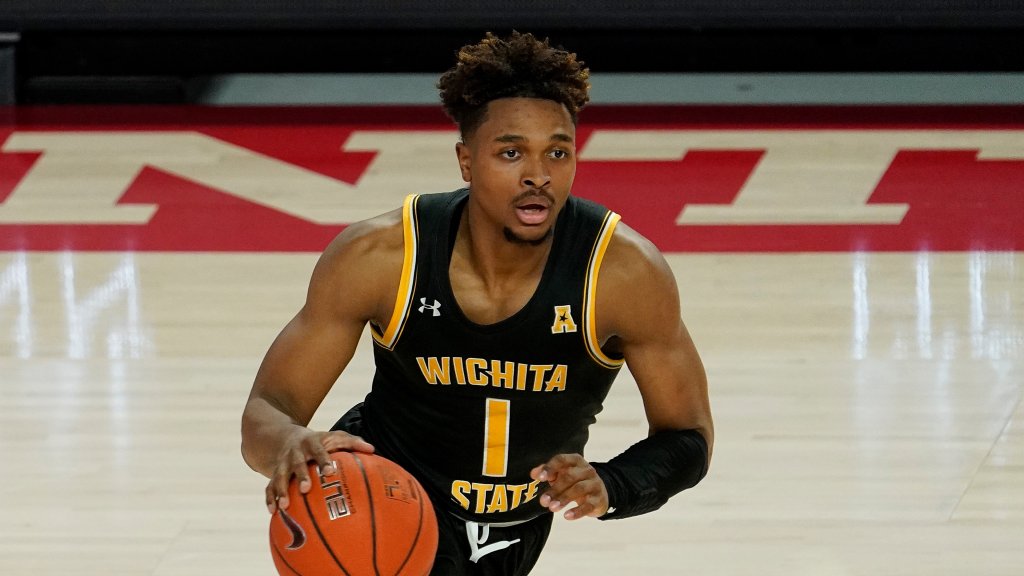 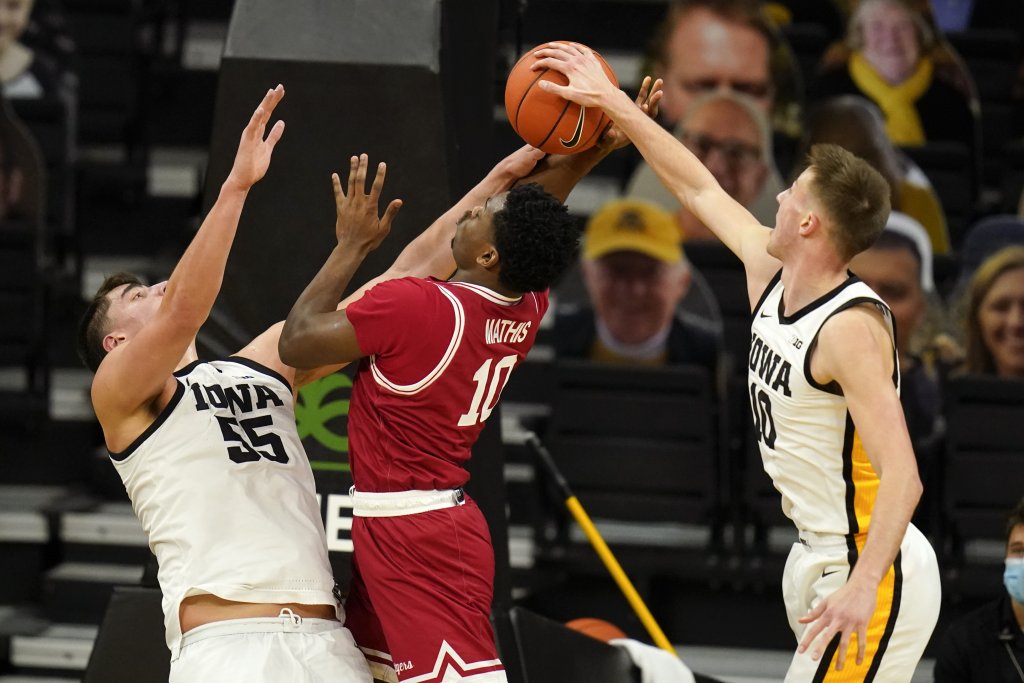