This blog post tells the story of John Montagu Earl of Sandwich. We will begin with the personal life of the aristocrat. Then, you will learn about the legacy he has left behind him. After that, we will chat about how sandwiches became such a great hit. Also, we will cover what other cultures have dishes similar to the sandwich. Lastly, we have addressed the most common questions on the topic.

Born in 1718, John Montagu, 4th Earl of Sandwich, Viscount Hinchingbrooke, Baron Montagu of Saints Neots was part of the English high society. His father passed away when he was only four, and his mother soon remarried. Not long after, John Montagu succeeded his late grandfather at the early age of ten, making him the Earl of Sandwich in 1729.

Sandwich had a mistress, Fanny Murray, for some years before finally settling down and marrying Dorothy Fane, daughter of the 1st Viscount Fane. The couple had a son together, who later succeeded as the 5th Earl of Sandwich. Sadly, Dorothy’s health deteriorated, and she eventually became insane. At the time, John Montagu started an affair with Martha Ray, a talented opera singer. She was publicly murdered by a jealous suitor, James Hackman.

A famous 1780 novel, Love and Madness by Herbert Croft, illustrated the events surrounding Ray’s murder. It is rumoured that the John Montagu 4th Earl of Sandwich never fully recovered from his grief. Furthermore, historians agree that the Earl had a gambling problem and spent long hours at a weekly game of poker. It is rumoured that Montagu mostly enjoyed playing Euchre. A fun card game fact is that the joker was included into the card deck because of Euchre.

After graduating from Eton and Trinity College, in Cambridge, John Montagu spent a considerable amount of time travelling. At first, he went on the Grand Tour around continental Europe. Then, the 4th Earl of Sandwich visited exotic destinations like Greece, Turkey, and Egypt, which were all part of the Ottoman Empire back then. His travels to those places later inspired him to find multiple Orientalist societies.

John Montagu returned to England in 1739, and he took his seat in the House of Lords. He held a range of military and political offices during his career. The Earl served as Postmaster General as well as First Lord of the Admiralty (three times). Also, he took on the roles of Secretary of State for the Northern Department, and he was a diplomat for the Congress of Breda. Sandwich was often accused of corruption but never found guilty.

While some historians will probably argue that John Montagu Sandwich had a pretty ‘normal’ life considering the era and his upbringing, we think it was quite an eventful life. His personal and professional life was full of dramatic events that left a mark in history. This is why we thought it would be best to pinpoint the most notable moments in the timeline table below:

As you can see, there were many milestones in John Montagu’s life, most connected to his political and military career. Moreover, the British noble has suffered the loss of his father and grandfather at a very young age. Later on, his wife went mad, and his mistress was killed. Nonetheless, the 4th Earl of Sandwich has left a mark in history.

There is no denying that Sir John Montagu has left a legacy in this world. He is most famous for ‘inventing’ the sandwich back in the 18th century. It was served as a convenience snack during poker games. Besides that, there are several islands named after the 4th Earl of Sandwich. If you want to feel like the lord, we suggest you play at the top UK poker sites while eating a tasty sandwich.

Throughout his life, John Montagu has supported Captain James Cook and his career. Also, Sandwich had the power to allocate Admiralty funds as First Lord of the Admiralty. That allowed him to approve the purchase and fit-out the Resolution, Adventure and Discover – the vessels used for Cook’s second and third exploration expeditions in the Pacific Ocean.

On top of that, the British noble managed to arrange an audience with the King so that Cook can meet His Majesty. At the time, it was very unusual for a lower-ranking officer to meet with the ruler of the Empire. Later on, the marine captain honoured Sandwich by naming many islands after him, here is the complete list:

The Invention of the Sandwich

And now, for the moment you have been waiting for – the invention of the sandwich! John Montagu was a gambler and would play cards for hours on end. Like any average human, he would get hungry and ask servants to bring him food. However, unlike many noblemen, Lord Sandwich would not spend extra time in the dining halls. John Montagu wanted to eat something convenient while being at the card table.

It is rumoured that Montagu took inspiration from his travels to the Mediterranean, Greece, Turkey, and Egypt. Locals indulge in pita pockets and other flatbreads like naan stuffed with dips, cheeses, and meats. However, his choice was a tad different – a salt beef between two toasted bread slices. Sir John Montagu claims that his gambling buddies started ordering ‘the same as Sandwich!’ and that this is how the sandwich was born.

Amusing as this sounds, there is a chance that the idea for the beloved sandwich was not born like that. Lord Sandwich’s biographer, N. A. M. Rodger, suggests a slightly different perspective. According to him, Sir John Montagu would spend long hours in the office tackling down politics, navy, and other work-related matters, so it is likely that the first sandwich was eaten at his desk.

Sandwiches into the Mainstream

The sandwich took the old continent by a storm once popularised by John Montagu Earl of Sandwich. Shortly after the ‘invention’ of the convenient snack, Edward Gibbon, a British historian, writes in his journal that he had seen many of the first people eating the dish in a restaurant. Sandwiches were well established in England by the time of the American Revolutionary War. Surprisingly, Americans were not keen on adopting this new concept, mainly because it reminded them of the British aristocracy they were fighting.

In the early 1800s, Eliza Leslie included a sandwich recipe in her cookbook. Many people believe that the Americans adopted the dish thanks to Leslie. The recipe was easy to recreate – a classic ham sandwich, which many of us still enjoy to this day. About a century later, in the 1920s, there was a boom of sandwiches because of the toaster’s invention. The USA fell in love with the English dish so much that 3rd November (Montagu’s birthday) is National Sandwich Day.

The Sandwiches Before the Earl

John Montagu is often credited with inventing the sandwich. That is because there is no record of people eating salt beef between two slices of bread before he made it popular among aristocrats. However, it is known that many cultures around the globe had similar dishes that are essentially meat in between some bread.

According to experts, the idea of a ‘sandwich’ dates back to the 1st Century BC when a rabbi, Hiller the Elder, stuffed apples, nuts, and spices in wine in a couple of flatbread pieces. But the Greeks also have pita pockets which can be stuffed with meats and vegetables. Besides, the Arabic and Indian nations used naan bread to hold curry and rice, among other things. Even across the pond, Spanish conquistadors noted that Mexican natives eat meat in between tortillas, better known as tacos.

As we mentioned earlier, John Montagu, 4th Earl of Sandwich, visited several countries in the Mediterranean and Eastern Europe. This is why many historians believe that the Earl took inspiration for the sandwich from his travels. Besides, people around the world always have had some dish that combines meat and bread, so it is hard to give credit to a single person.

We hope that this piece has taught you new and interesting conversation starters about the Earl of Sandwich and his invention. Now, before you go to the kitchen and make yourself a tasty sandwich, check out the below section. Here, we have answered the most common questions surrounding the dish.

💡 What did John Montagu invent?

John Montagu 4th Earl of Sandwich is often credited with inventing the first sandwich, which happens to be one of the highlights in Montagu’s timeline. Shortly after, in 1762, English aristocrats were able to enjoy his dish in restaurants. According to experts, the Earl enjoyed salt beef between two slices of bread.

🤔 Why did John Montagu invent the sandwich?

The legend goes that John Montagu, 4th Earl of Sandwich, would spend long hours at the card tables. Inevitably, he would get hungry and ask his servants to bring him food that he could eat without leaving the game. Many historians believe that the invention of the sandwich was purely for convenience.

🥪 Did the Earl of Sandwich really invent the sandwich?

The John Montagu Earl of Sandwich was the first person recorded to eat a sandwich with salt beef between two slices of bread. However, there were other cultures that had similar sandwich ideas before the Earl. This is why historians believe that he took inspiration from his travels in the Mediterranean.

🏝️ What is John Montagu Sandwich famous for?

John Montagu Sandwich is probably most famous for popularising the sandwich in the mid-1700s. But besides his culinary legacy, the Earl has left a mark on the world thanks to his career. He was a supporter of Captain James Cook, who honoured him in many ways, including naming Sandwich Islands (Hawaii) after Montagu.

Montagu would get hungry during card games and ask for something convenient to eat. His opponents were also hungry would order ‘the same as Sandwich’, thus the name. Europeans quickly fell in love with the dish. However, in the States, sandwiches became mainstream in the early 20th-century thanks to the invention of the toaster. 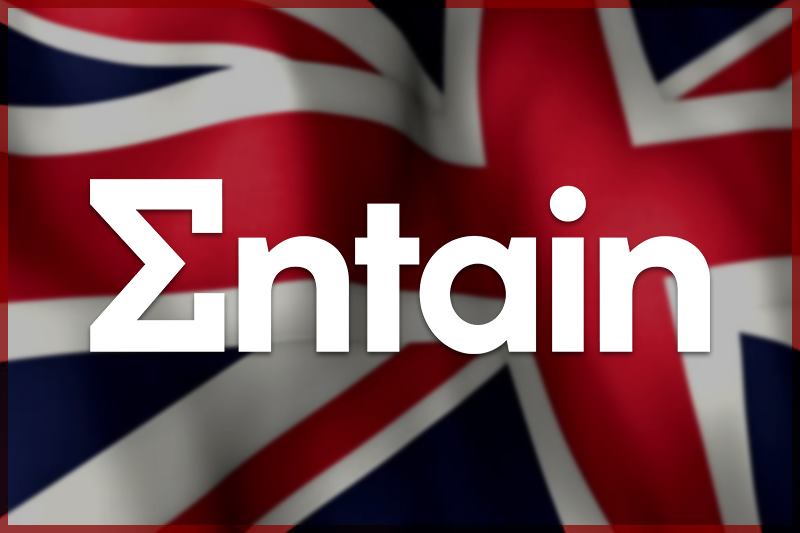