Legally, I need glasses to operate a car. Barely. In Nevada, you need to be 20-40 in both eyes (if you have two eyes) to drive without corrective lenses. My eyes are 20-40 in one eye and 20-60 in the other. I see better in the daytime than I do when it’s dark. I’m confident I can drive safely — but if I get pulled over for something, I might have an additional problem if I’m not wearing glasses.

Unfortunately, one time recently I removed my glasses at a casino, laid them next to me, and went off somewhere else without remembering to take them with me. Fortunately, I thought, I noticed this less than 15 minutes later and went back to collect them. It was about 2:45 in the afternoon.

I knew at which machine I had been sitting and they weren’t there. I looked high and low — on the side, top, and on the floor. I used my cell phone spotlight to look more thoroughly. Nothing.

I went to the security desk and told them I had lost glasses and where I was when I lost them. None had been turned in. Shit!

I spoke to a slot floorperson and asked him if there was an intermediate area where they sometimes held things before they took them to security. Nope. Found items are transported to the Lost and Found immediately.

I found a porter who works in the area. Same question. Same answer… once she decided I wasn’t accusing her of stealing my glasses.

Checked again six hours later. And the next day. And the next day. Still nothing. I called other places I had been to the same day, just in case. These were real long shots. I was at least 99.9% certain I knew where I left them. But before buying a new pair of glasses, I wanted to exhaust all possibilities.

Bonnie and I decided together that if we didn’t find the glasses within another two days, we’d bite the bullet and buy a new pair. This wouldn’t be a disaster, but we’d rather not do it unless it was necessary.

When I called three days after the loss, I was told by a security guard named Joe that a pair of reading glasses had been turned in at 2:38 p.m. on the day in question. I asked if the glasses were nearby — so I could describe them in terms of color and shape. No. They were downstairs. I needed to come in and then they would go check. This wasn’t a problem. The casino is only 15 miles from our house, and we do have food comps there.

I’m figuring that the security guards were looking for “glasses” and since that didn’t match up exactly with “reading glasses,” they hadn’t mentioned them. It is plausible for one security guard to make this mistake. But I had called on several different shifts. One incompetent security guard was possible. But several of them? All incompetent in the same way?

When Bonnie and I got there, Joe was at the security desk. He asked me if I had a hotel room on the day I lost my glasses and I said no. He told me that he didn’t think the glasses were mine because they were found in the hotel and the housekeeping department had turned them in. He didn’t even want to send somebody to go to the place where items were stored because it would very likely be a false alarm.

I told him that however they were designated in his logbook, I wanted to see them. I said I had driven a long way. I described the glasses. If he didn’t want to let me see them, I told him I would like to speak to his supervisor. As it happened, said supervisor had been sitting next to him and had heard the entire conversation. The supervisor went to pick up the glasses.

I was willing to escalate it higher than the supervisor if necessary, but I didn’t want to make a Federal case about it if things could be handled calmly.

When the supervisor returned, the glasses were in some clear packaging. I said they looked like my glasses and mentioned the color and shape I had previously described. So, he opened up the package, let me try them on, and I confirmed that these were indeed mine. They wanted my Driver License for the logbook, and then it was time for dinner.

On the way home, Bonnie asked if we could stop by Walmart because there was something she needed. She went in and returned five minutes later with a lanyard that allows eyeglasses to hang around your neck if you’re not actively wearing them. She demanded my glasses, put the lanyard on the glasses, and returned them to me.

I’m not crazy about the look, but it’s better than going though losing them again. And at age 74, I’ve long ago given up trying to look like Mr. GQ.

Why EZ Baccarat Is the Best Baccarat Game Available 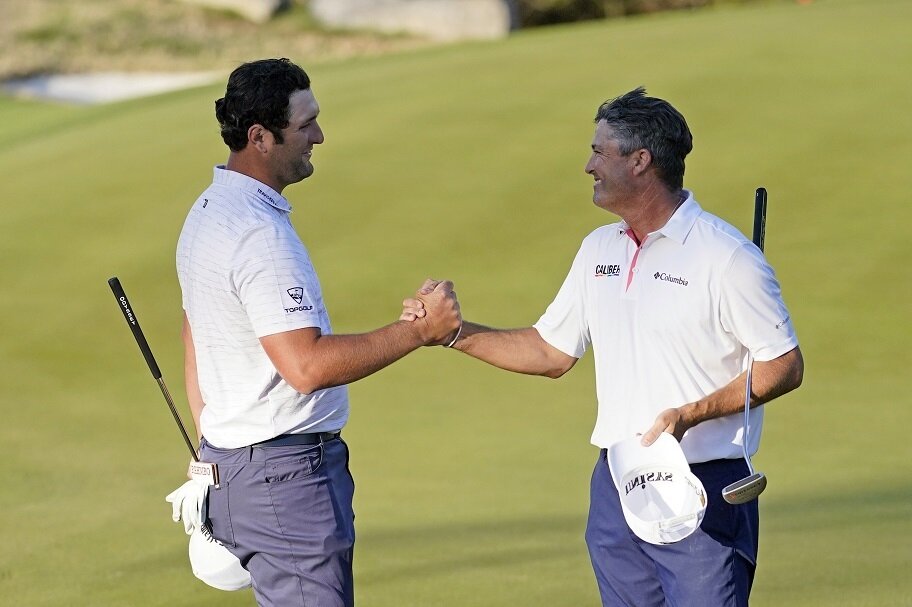