After a week of speculation, Florida sports betting has come to a halt following a decision from Federal Judge Friedrich in Washington, DC. Her ruling finds that the state compact with the Seminole Tribe is a violation of federal Indian gaming law.

This decision effectively puts an end to sports betting in the state, as it invalidates the agreement between Florida and the Seminoles. It also puts an end to any plans to the Tribes plans for Vegas-style transformations to the Broward and Hillsborough casinos… at least for now.

More significantly, the decision of the Judge based her ruling on a state mandate that gambling must occur on tribal land.Since the agreement between the state and the Seminoles allowed for mobile sports betting, this decision could be precedent setting when it comes to the legal aspects of “where” a bet takes place online. The player location? The casino? Or the server location?

In the original agreement between the state and the Tribe, bettors could use their mobile phones to place bets from anywhere in the state, so long as the servers were located on Tribal land. But Judge Friedrich found that agreement was not acceptable.

She stated “When a federal statute authorizes an activity only at specific locations, parties may not evade that limitation by ‘deeming’ their activity to occur where it, as a factual matter, does not.”

So where does Florida sports betting go from here? Well, back to the start, as the Judge ordered the state to “reinstate the Tribe’s prior gaming compact,” in effect since 2010. If the state still wants to authorize sports betting with the Seminoles, she stated that a new compact would be needed.

However, the door is not completely shut for online gambling and sports wagering in the state. Judge Friedrich left some room for these activities, as she added that the state could achieve this via a citizens’ initiative. DraftKings and FanDuel are already working together on that possibility, by circulating a petition to have betting on sports approved by voters in 2022.

Florida sports betting had already been launched by the Seminole Hard Rock on November 1st.

Moley Moolah Slot from Yggdrasil • This Week in Gambling 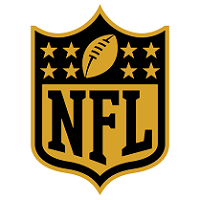