Winning one of this year’s partypoker MILLIONS Online events will have been an ambition shared by many poker players.

Of those hoping to seal such a celebrated online achievement, many would have been elite professional players whose standard tournament is the kind of tournament buy-in usually reserved for only the very best.

However, after some recent tournament wins for players in APAT and GGPoker events, the latest partypoker winner was a real underdog story.

From Satellite Qualifier to the Final Dozen

To say that the name Ottomar Ladva is a surprise winner of the $25,500-entry six-max no limit hold’em event would be an understatement. Despite being well-known back in his native Estonia, Ladva played his way into the action all the way from a $530 satellite on partypoker, part of the site’s drive to get as many satellite players into high roller events such as this one as possible.

Ladva’s success story shows that as a route to life-changing money, playing poker satellites online can work and in hitting the jackpot in such style, the Estonian is one of the poker success stories of the MILLIONS Online series.

Winning the $530 feeder satellite first, Ladva then played in a direct satellite that cost $2,650 and put one player in ten through to the event proper. Ladva made the cut and took his seat in the $1,000,000 guaranteed MILLIONS Online Six-Max Super High Roller. That guaranteed prizepool was close to doubled, as with 70 entries on Day 1, a bumper total of $1.75 million was up for grabs in the two-day event.

Ladva made it down to the last 11 players by the end of Day 1, and while it was Justin Bonomo who went into the final table with the chip lead, Ladva hung in there, watching as top poker pro Samuel Vousden left in 10th place for a min-cash of $59,322 and Aliaksei Boika and Giuseppe Iadisernia were both busted in 9th and 8th place respectively.

Bonomo Takes Over the Table

The seven-handed final table kicked off with an elimination as Ami Barer was short-stacked and ran out of luck just at the time he needed some. A suited ace-king couldn’t hit against Laszlo Bujtas’ pocket queens and Barer was gone for $75,781.

It would be Bujtas who busted Brock Wilson in sixth place, as his six-four found an open-ended straight draw on the J-5-3 rainbow flop, Wilson’s pocket tens leading at that point but not holding onto that lead on the deuce turn. Wilson, who held 11 million chips before the turn, couldn’t get away from it, and a set on the river saw him throw his chips into the middle and lose the lot to his Hungarian opponent.

Bujtas was crushing the table, holding over 31 million chips, with just Bonomo (17 million) and Ladva (12 million) anywhere near him.

The next elimination would be crucial as Latvian professional Aleksejs Ponakovs was busted by Ladva, his eight-nine not catching Ladva’s jack-ten in a blind-on-blind all-in and call worth 16 big blinds once Ladva made the call. Surprisingly, however, it would be Laszlo Bujtas who busted next, a massive rivered straight for Justin Bonomo giving him the better hand against Bujtas’ two pair. Bonomo had snatched a massive chip lead and sent Bujtas plummeting to the bottom of the counts a little while later, Bonomo’s pocket threes winning a pre-flop coinflip against the Hungarian’s ace-ten.

From a Talented Trio to an Underdog Winner

It was Ladva who managed to eliminate Jason Koon, who laddered all the way to third place for $212,835 but could go no further. Justin Bonomo went int the heads-up battle with a 2:1 chip lead, but Ladva gradually worked his way level over the course of an hour and managed to win a big pot with a small pot at showdown to leap into the lead.

As we’ll surely see during the forthcoming Daniel Negreanu vs. Phil Hellmuth battle on PokerGO, that lead would then proceed to change hands on multiple occasions as momentum swung between the two men. Sat next to each other at the virtual table, Ladva must have felt too excited to mention. Across the other side of the world sat Justin Bonomo, the second most successful live tournament player of all-time, and a man for whom the $25,500 buy-in is short change. By comparison, Ladva had invested only $530 but the title was his after a fascinating hand.

A small raise from Ladva was called by Bonomo, with the Estonia player holding ace-jack and Bonomo queen-jack. A jack-high flop saw Ladva continuation bet, prompting a call from Bonomo and a ten hit the turn. This time, 23-year-old Ladva’s bet of seven million chips into a 12 million pot prodded Bonomo into a raise and Ladva called to see the river of a five give him the pot and all the chips for the win.

With online poker on the rise across the five U.S. states where it is possible to play, such as Michigan, it was yet another massive win in the partypoker MILLIONS Online series.

If you’d like to watch the final table action replayed in full, with commentary from James Dempsey and Henry Kilbane and special guest Isaac Haxton, enjoy the action below. 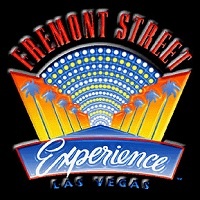 It All Adds Up – Gambling With An Edge