Due to its prominence in pop culture dating back to the era of the Old West, gambling is unique in the American consciousness. Even though some of us have never placed a single wager in a casino before, most assume they know what gambling is all about. Maybe they’ve watched movies or read books, or perhaps they have a pal who is in the know.

In any event, you’ll hear plenty of folks out there confidently proclaiming their knowledge on certain facts of life when it comes to gambling. As it turns out though, not all “facts” are created equal, so check out five of the most common misconceptions about the world of casino gambling.

1 – Counting Cards at the Blackjack Table Is a Criminal Offense

Thanks to the iconic scene in Rain Man (1988), a hilarious homage in The Hangover (2009), and the true to life tale of the MIT Blackjack Team in 21 (2008), everybody knows how card counting works—at least they think they do…

Dating back to the days of The Four Horsemen, a group of math whizzes who set to work cracking blackjack’s code, card counting revolves around a strikingly simple premise. When the player is capable of tracking exposed and discarded cards, they can ascertain which cards are left remaining in the deck.

Armed with that knowledge, a skilled counter can then increase their bet size when they know the deck contains more high-value cards. Conversely, when the count shows low cards remaining in the deck, counters know to dial their wagering back to the minimum amount.

When card counters pull things off to perfection, they actually enjoy a healthy statistical edge over the house.

But even if many players out there learned how to count cards because of the aforementioned movies, most never tried to put their knowledge into practice. That’s because they’ve mistakenly believed that counting cards at a blackjack table is a bona fide crime.

While it is true that casinos can refuse to accept a suspected card counter’s action, they cannot contact law enforcement or press charges. This precedent was established in the 1980s after legendary card counter Ken Uston and his team were caught by casinos in New Jersey.

Essentially, Uston successfully argued that the New Jersey Casino Commission (NJCC) lacked any regulatory language to ban card counters from the casino. The New Jersey Supreme Court agreed with that argument, and ever since, casinos in the Garden State and Sin City have been limited in their ability to actually punish card counters.

So, while you might get a firm tap on the shoulder from an astute pit boss who asks you to leave the property, you won’t get arrested for counting cards.

One of the main criticisms casual gamblers have about slot machines goes a little something like this:

“Why would I play those machines? You know they’re rigged, right? The casino has guys upstairs who decide when to trigger those big jackpots, so I’ll never win one anyway.”

For whatever reason, millions of souls out there are simply convinced that slot machine payouts are controlled by unseen forces in a room overhead. I can’t tell you where this myth-turned-“fact” originated from, but I suspect it stems from the sheer odds against hitting a slot jackpot.

When some of the more prominent machines like Megabucks can go a year or more without paying out the big money, players can easily get impatient and restless. When they can’t seem to hit a winner despite playing for years and years, convincing themselves that nobody can really win is a natural next step.

The truth is, slot machine jackpots are won, honestly and fairly, with regularity in Las Vegas and beyond. These jackpots aren’t triggered by casino higher-ups either; they’re controlled directly by a random number generator (RNG) programmed to use various odds and probabilities.

Unless you believe Zeus is really up there throwing lightning bolts down from the heavens, it just doesn’t make any sense to think slot machine jackpots are similarly aimed by the casino.

3 – The Dealers Are Rooting for You to Lose Your Chips

Many table game players will swear up and down that the dealers have it out for them.

After one too many losing sessions at blackjack, baccarat, craps, or roulette, these players head home harboring a grudge. According to their twisted logic, the dealers representing the house lived up to that role by genuinely hoping to see players lose their chips.

In a funny nod to this phenomenon, “Vegas Vacation” (1997), comedian Chevy Chase takes his “Clark Griswold” character to a glamorous Sin City casino. Flush with cash and intent on running up a stack, Clark encounters a diminutive blackjack dealer who delights in cleaning his clock. This dealer happily announces, “Changing $500!” whenever Clark is forced to reload, and he grins from ear to ear when he deals himself 21 to beat a strong 20.

That might be some witty writing from Hollywood, but it has no basis in reality…

Casino dealers are essentially service workers, accepting a smaller salary in exchange for the opportunity to earn tips. And as you might suspect, players who are getting smashed over the head by a hot dealer aren’t prone to rewarding their executioner with an extra bonus.

No, the dealers desperately want to see their players win a few bucks and spread the wealth. They don’t make a dime when the casino hauls in a profit, they’re just standing for hours on end working to put food on the table.

So, the next time you’re playing table games and start suspecting that the dealer wants you to lose, just think about how counterproductive that would be for them.

Once again, Hollywood depictions of gambling intrigue have led people to have a distorted view of how casino security systems really work.

As the old yarn goes, every square inch of the gaming floor is saturated by surveillance camera coverage. No matter where you go, or what you do, the all-seeing “eye in the sky” overhead will catch your every move on tape.

Zoomable cameras with high-definition lenses can be used to spot tiny markings on cards, or a single chip concealed within a player’s palm. And within seconds, one call from the camera operators can send a team of security staff swarming to any suspected cheaters.

I’d wager that a few of the largest and most well-funded casinos do run things that tightly, especially in their exclusive high-limit rooms. For the most part though, the eye in the sky concept is just that, a conceptual idea used to scare casual gamblers straight.

In order to run a NSA-like all-encompassing surveillance program, casinos need a veritable army of cameras stationed overhead. And while most casinos these days do indeed have hundreds of cameras at the ready, what they lack is the staffing required to actually view all of that footage in real time.

You’d need to have dozens of people working in shifts around the clock, each of them with their eyes glued to surveillance screens. When the cost of maintaining such a staff is compared with the actual liability casinos suffer due to cheating, the house faces a financial dilemma.

As a result, most camera systems in the casino are just for show. When something does go down, security can consult the footage after the fact to identify the culprit. But in real time, you don’t have anybody upstairs watching you play every hand.

Speaking of playing hands, most of us gave in during the “poker boom” era and took a shot at playing Texas Hold’em for real money.

And thanks to wall-to-wall coverage on ESPN and Travel Channel back then, many would-be poker players were put off by the idea of a “poker face.” In their eyes, unless they could adopt a Terminator-like calm repose at the table, some poker shark out there would eat them for lunch.

While it’s true that professional players at the highest level employ the vaunted poker face, it’s not important at all at the lower levels. Recreational poker games at the casino are way more fun, loose, and lively than any WSOP tournament you’ve watched before.

Folks aren’t staring into your soul for five minutes, scanning for doubt in your eyes and waiting for you to start sweating. Instead, they’ll just announce an “all-in” bet and go back to scrolling through social media on their phone.

If you thought a strong poker face was a prerequisite for success at the Hold’em tables, head back out and see for yourself. Soon enough, you’ll be smiling and chatting away even as the pot swells and the stakes ramp up.

For a niche activity which doesn’t appeal to everyone, it seems as though everyone has an opinion on how casino gambling really works. People get their “facts” through the grape vine, or by watching fictional stories onscreen, but seldom do they visit the casino to confirm their prior assumptions.

I’ve had plenty of pals try to tell me what they believe about the industry, and their views almost never line up with reality. Hopefully, the five explanations provided here can clear things up for anybody confused about the casino scene.

The 2021 Guide to Formula 1 Betting on Teams and Drivers 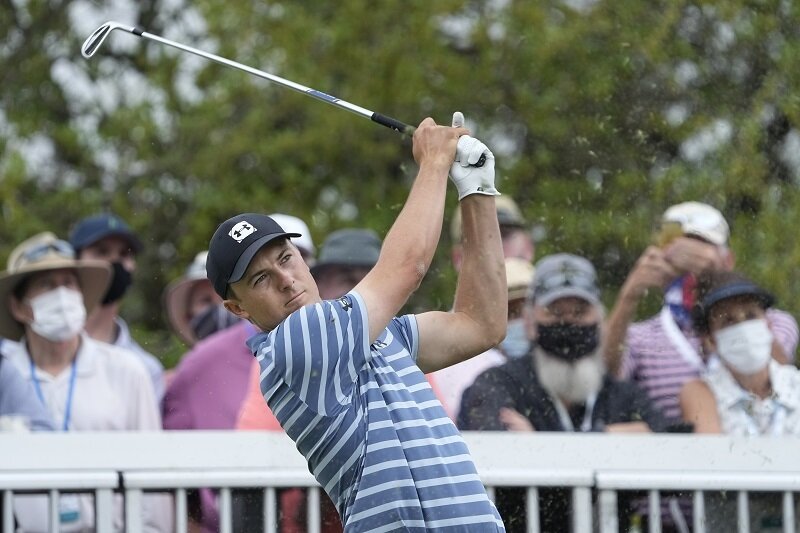