A bill to create an Alabama state lottery ran into opposition near the end of this week. Alabama is one of only five states that do not already run a lottery. Due to legal questions, a constitutional amendment is needed to authorize any gambling expansion. The bill to put that amendment before voters still has hurdles in its path.

State Senator Jim McClendon (R-Springville) introduced two bills to push for the creation of a state lottery. A constitutional amendment referendum requires 21 of 34 votes in the state Senate. Voting on this bill has been postponed at least until next week.

According to Sen. McClendon, he was unsure if he had the 21 needed votes. “It’s all about the count … It was cutting it too close” he said this week.

The state’s governor, Republic Kay Ivey, says she will “dig in her heels” for gaming law modernization. Others do not believe a lottery-only amendment option will receive a vote.

Gov. Ivey wants to give Alabama residents the opportunity to vote for gambling expansion.

Alabama currently has video bingo halls, but they operate in a legal grey area. Each county can set its own bingo rules. But video bingo has advanced so that the line between bingo and slot machine is essentially meaningless.

Senator Greg Albritton (R-Atmore) echoed the governor’s desire for a statewide gambling system. “It is time that we start acting as the grown up in the room….” he said.

If Sen. McClendon’s Alabama lottery bill passed, half of the revenue raised would be earmarked for an Education Trust Fund. The other half would simply enter the state’s general fund.

But casino backers believe this is a last opportunity to bring more gaming options to the Yellowhammer state. Despite being an outlier without a lottery, there is already some gaming infrastructure that can be built upon.

Neighboring states like Mississippi and Tennessee continue to expand their betting profile. If put to a state-wide vote, Alabamians would likely support a lottery, casinos, and possibly even online sports betting. The lottery bill’s delay may end up being a silver lining for gamblers.

If you are looking for the best real money gambling sites, we have you covered. Review our thorough review of the top online casinos, sportsbooks, and poker rooms. 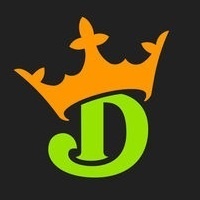