Martin “Billy” Bremner has a passion for poker. The 58-year-old self-employed decorator has played the game since the mid-1990s and is vastly experienced. The past few weeks have seen Martin qualify for two major online poker tournaments at partypoker for a tiny outlay. He won his way into the MILLIONS Online Main Event, where he put together a deep run and is now gunning for glory in the Irish Open after winning his €1,100 seat for a mere €10. This is Martin’s story.

Card games are something Martin has always been interested in, but it was not until he hit his 30s that poker became part of his life.

“I’ve always played cards as a kid. Be it trumps, blackjack, three-card brag etc., but never really poker until I was around 30, so the mid-1990s. I started playing for fun in my local snooker club. It was mostly Texas Hold’em, but I was never much good at the game! I really enjoyed the craic and playing live, though.”

Martin gravitated to the online poker world in 2004 and cut his teeth in free games, including the Facebook app Zynga, before taking the plunge into real-money games. Some personal problems cut short Martin’s fledgeling poker career until he returned with renewed vigour in 2009.

“In 2009, I signed up to play pub poker with Redtooth, which to me was awesome because I got to meet new people. It was at this point that I started taking poker more serious, and is when I returned to online poker as regional and national Redtooth finals were up for grabs.”

“By 2012, Redtooth began sending finalists to Las Vegas. This was the big start for me; it prompted me to try and improve my game and study more. A year later, I won my first Vegas seat as a finalist with Redtooth, which gave me my biggest buzz ever.”

Martin’s Redtooth opponents must have been sick of the sight of him because he shone in these games. He managed to secure no fewer than six Vegas packages over the next seven years.

High buy-in tournaments are outside the constraints of Martin’s bankroll, but that does not stop him from dreaming of taking one down. Like many partypoker players, Martin often attempts to satellite into our biggest tournaments, something he managed recently with the MILLIONS Online Main Event. Martin not only won his $5,300 seat for only $5; he navigated his way to a 126th place finish worth $11,490.

“My recent run in the MILLIONS Online is by far my best result. From $5 to $55 to $530 was a buzz in itself. I was just pleased to have gotten that far but to carry on and win a $5,300 seat, well, I’ve never time-banked as much in my life because I was short-stacked. The feeling of my achievement sends shivers down my spine.”

Before playing in the MILLIONS Online Main Event, Martin reflected on his achievement but then realised he needed to make it through to Day 2 to get paid. He had put in plenty of hours winning his seat and was determined to see a return the time he’d invested.

“I remember saying to Ange (Martin’s partner) that I have to make Day 2 to get paid. Fortunately for me, I did just that. I can remember shaking like a leaf as we closed in on the bubble. I was so nervous but thankfully had a good rail going to keep me focussed. Day 2 wasn’t great, I had 15 big blinds for most of it and was card dead for about an hour, but I made two pay jumps before shipping in my short stack with pocket nines and running into aces. The $11,490 I was was far from a life-changer, but it was such a buzz and a top ROI!” Having been bitten by the high stakes tournament bug, Martin set his sights on qualifying for the upcoming Irish Open Main Event, a €1,100 buy-in tournament with a cool €1 million guaranteed.

“I liked the fact for €11, you could build a stack and take it straight through to the final phase, so it was a no brainer to have a few goes.”

Martin has a decent record in satellite to bigger buy-in tournaments, turning $5 into $1,100 seats on numerous occasions. He also won five $530 POWERFEST tickets right here at partypoker. What is his secret?

“Tips? LOL! I’m the last bloke to be asking that, but I would say to play within your bankroll above all. Ensure you allow yourself enough time to complete the satellites you enter and where the feeder takes you. I also suggest not playing more than four tables at a time – I generally fair better with only two – so play in your comfort zone.”

Our satellite king strongly suggests trying to keep fully focused on the task at hand, removing any distractions from where you are playing poker.

“The times I have missed spots because I’m watching TV or having a conversation are too many to mention!”

Our satellites are not only where you regularly find Martin grinding away; he is a regular in our value-packed Daily Legends, too.

“Daily Legends are great value for all bankrolls. I generally stick to the $5 and $11 buy-ins and have had many decent cashes in them; I do like the games and structures. My best result was winning the $11 Ocean’s in December of January for $2,300.”

A $1,000 score a couple of years ago made Martin realise he could take his game to the next level by hiring a poker coach (you should try MyGame Whiz, Martin – Ed.). Martin had taught himself how to play poker, reading books and blogs, watching videos, and joining in hand discussions on forums. Now he was ready to enlist the services of a coach.

“After that particular win, I tried to find an affordable coach or mentor. I came across a guy called James Lee (Jayleepoker) on one of the many poker forums I am part of, and I entered one of his competitions where he was giving away a seat to one of his group coaching sessions. Having had that session, I paid for a couple more as he came across as pretty damn awesome with his knowledge of the game. After that, I went into full bore mode and paid for ten block one-to-one sessions, and I have to say he brought my game on so much. I highly recommend him to anyway.”

Martin considers himself “nothing other than a recreational player who just enjoys and loves poker.” He may be that, but Martin could soon be calling himself the Irish Open Main Event champion now that he has turned €11 into a €1,100 seat.

Check out the partypoker lobby for all the Irish Open satellites and the whole series schedule. 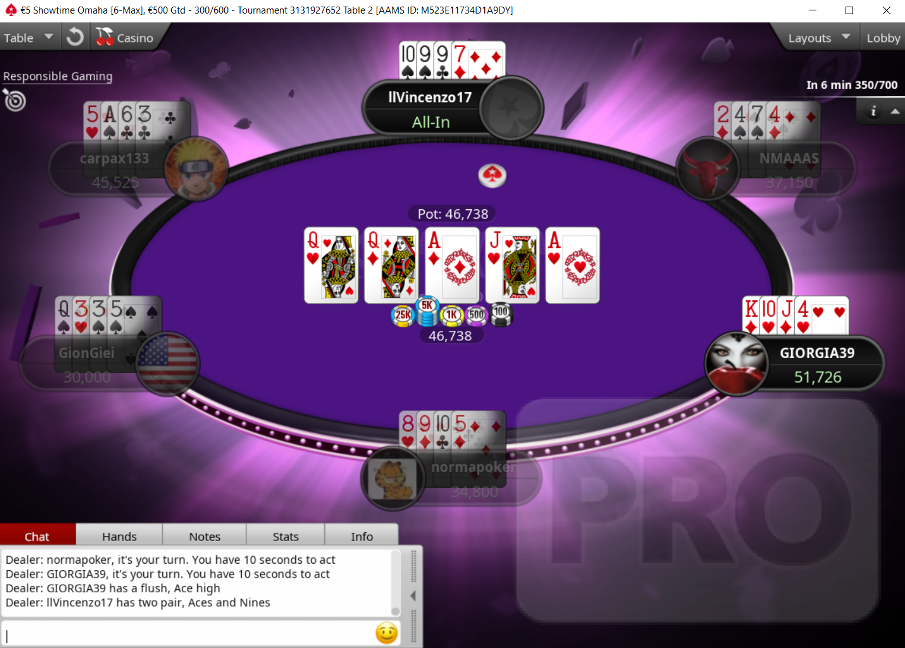 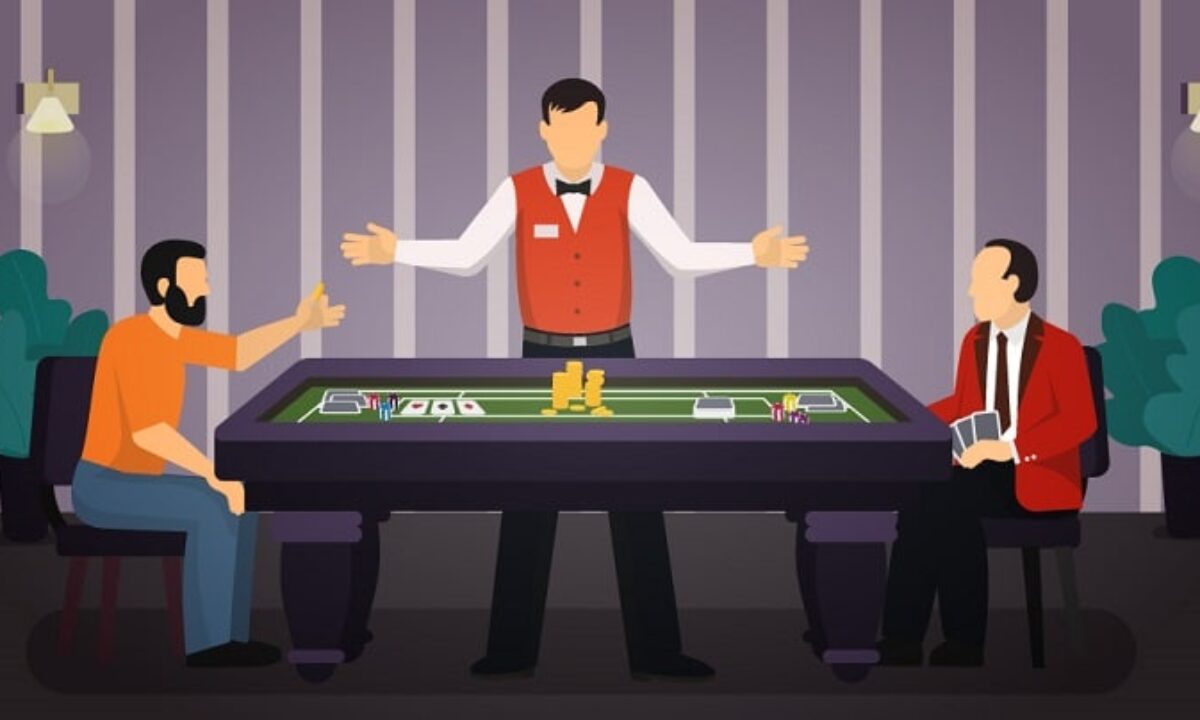 Have we reached peak heads-up yet? 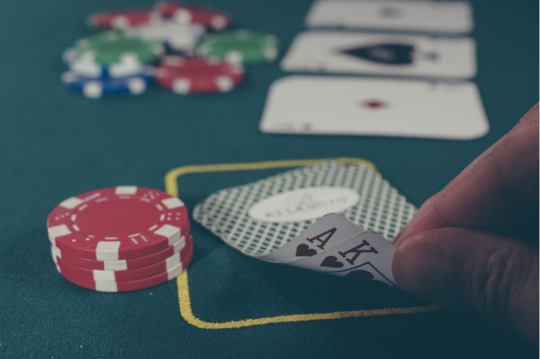 Different Poker Variants around the World