It’s a fact that today, in the United Kingdom, any adult can easily find casinos not on Gamstop, or not licensed in the UK, with just a few clicks of their mouse. And yet the UK has some of the most stringent and far-reaching regulatory requirements in the world. So how can these two seemingly contradictory facts exist simultaneously?

The UK generally allows its citizens free access to the internet, including non-UK casino sites, so there are no technological barriers in place to prevent them accessing such sites. The licensed online landscape in the UK features some of the biggest and most established gambling brands in the world, so why then are so many UK gamblers choosing to go elsewhere for their kicks?

Surprisingly, the answer may actually lie with the steps taken by the United Kingdom Gambling Commission (UKGC), the regulatory body established to help protect UK gamblers.

The UKGC has introduced many measures to work towards making online gambling safer and more controlled, but arguably some of those measures are encouraging some UK gamblers to move their play to casinos where they are likely to face fewer restrictions on their play, with fewer responsible gaming tools available.

These measures can include restrictions and limitations on the way users play the games available at UK casino sites, such as limited bonuses, restricted stakes, and even slower reel speeds for slots games.

These restrictions are not present at casinos not on Gamstop, and there’s one other big draw for select online casino gamblers – and worryingly, especially those with a history of gambling problems: non UK casino sites are not signed up to the Gamstop scheme.

UK Casinos and the Gamstop Mechanism

It’s a word you may see again and again with reference to UK casino sites, so what exactly is Gamstop?

Gamstop is a UK industry-wide scheme that aims to help problem gamblers take a break. Anyone who voluntarily signs up for a Gamstop self-exclusion is automatically barred from all UKGC-licensed gambling sites for a time period of their choosing – up to and including a permanent ban.

It’s a useful system that has helped a great many people take steps to regulate their play, and adherence to the scheme is a requisite of any UK casino site. These sites are able to share player data in order to ensure any Gamstop ban is upheld, so even if a user has not made an account at a certain site before, they will still be banned from playing there when they do if their Gamstop exclusion is still active.

Casinos not on Gamstop – which is every online casino site not licensed by the UKGC – have no access to this data and cannot apply Gamstop exclusions. What’s more, these non UK sites not on Gamstop usually offer fewer built-in responsible gaming tools, creating a naturally more risky environment for vulnerable players.

This might not be a problem, but as we’ve already seen, finding and joining non Gamstop casino sites is an extremely easy process for UK players – even those currently serving a Gamstop ban.

Thus we have a situation where measures taken to protect vulnerable players may actually be putting them in harm’s way (or at least, allowing them to place themselves at greater risk).

While casinos not on Gamstop are not permitted to advertise or market to UK customers, they are not prohibited from accepting them as players. And while gamblers in the UK will not see adverts or commercials for these sites, anyone with a simple knowledge of search engines can easily find a wide range of non-Gamstop casinos from which to choose.

UK spend at casinos not on Gamstop is growing year on year, with a recent PWC report showing that around £2.8bn was spent in 2020 – double the £1.4bn spent just two years prior. And perhaps most concerningly, the report also flags a high percentage of player indifference to playing at non UK casino sites, with many players actually citing the UKGC’s safety measures as reasons to play at non-UKGC sites.

As William Hill CEO Ulrik Bengtsson says, “a person on a legal betting site is only a few clicks away from a black market option”. Technology such as Gamstop is being used to try and protect UK gamblers, but technology is also the key to easily unlocking the world of non Gamstop casino play. And cracking down on internet freedom in the UK is not a preferred route forwards for anyone.

Can players on Non Gamstop Casinos really take care of themselves?

So if technology is not the solution, can we trust players to act in their own best interests? After all, Gamstop is a voluntary scheme that users must initiate themselves, and other responsible gaming tools, such as weekly deposit limits, cooldown periods or specific game bans, are almost always entirely player-controlled.

Yet addiction is rarely a problem which can be successfully dealt with by the individual alone. Help should be provided, we can all agree, but what form that help needs to take for it to work most effectively – without penalising others and without driving problem gamblers to less regulated sites – is still to be determined.

Are UK Casinos not on Gamstop really the problem?

Casinos not on Gamstop are not going away. These are often operated by companies based in jurisdictions around the world like Panama, Costa Rica or Curacao, and can be licensed there or by any number of international regulators. To expect them to simply disappear would be naïve in the extreme.

Likewise, a proportion of the UK public enjoys gambling, and a minority of those gamblers will be vulnerable to gambling addiction. Measures such as Gamstop place tools in the players’ hands to help themselves, but while the responsibility lies with the individual there will always be those who fall through the cracks.

The solution adopted by the UKGC, however, is an uncomfortable fit for the industry: by introducing what are effectively ‘spoilers’ to the UKGC-licensed gambling sites, such as enforced delays between slots spins, or restricted deposit bonuses, they are making the player experience worse. And in cases such as this where there is a ready alternative, in the form of casinos not on Gamstop, many players will obviously take it.

The Future: Self-Sanity or a less rigid law?

In January 2021, the UK recorded over 100,000 internet searches relating to non Gamstop casino sites, so this is not an issue which is going away.

The current system, whereby casinos not on Gamstop remain easily accessible for all UK gamblers, providing an experience which for many is actually preferable to that of licensed UK sites, runs counter to the intention.

So what is the way forward: greater personal responsibility, or increased regulatory reach? Neither is a perfect solution, and both have inherent problems. It’s difficult to predict in which direction the industry will head, but whatever the way forward there must be room for individual freedom and personal choice: two things highly valued by anyone in a free society, but perhaps valued by gamblers most of all. 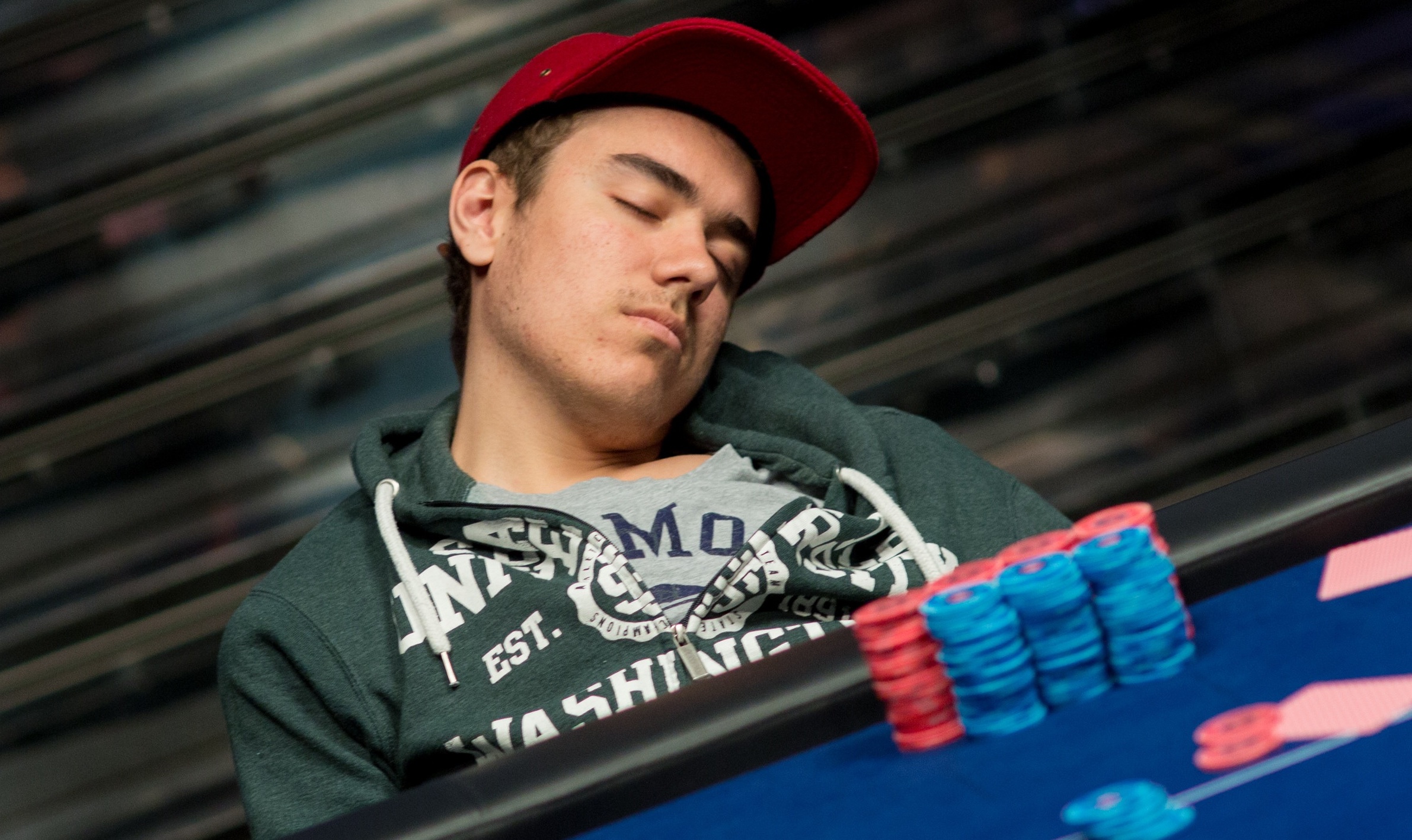 Is boredom tolerance a master trait in poker? 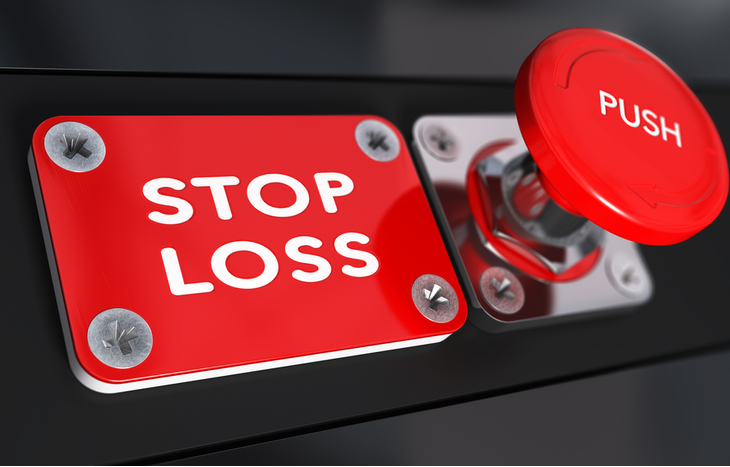