Putting your opponent on a range of hands is an essential part of being a winning poker player.

By understanding what hands your opponent is most likely to have in a situation, you can use your knowledge of pot odds and equity to make the most optimal play.

When you become a master in range analysis, you will be making the right decision more frequently. If you overlook hands that your opponent can have or conclude that they have hands that they are unlikely to – you will make unprofitable decisions at the table.

Let’s start by looking at what a range is and what range analysis is.

What is a Range?

In poker, there are 1326 possible starting hand combinations. A combination is how you describe the specific two cards that you could have.

For example, there is only one combination of AhTh, as you must have specifically the Ace of Hearts and the Ten of Hearts in your hand.

If we talk about how many combinations of Ace and Ten there are, there are 16 total combinations as any Ace can be combined with any Ten in the card deck to make Ace-Ten.

In poker, your opponent will choose certain hands to play preflop based on how likely they are to win at showdown (how strong they are).

We know that no winning player is playing with all 1326 combinations of hands. They are playing with a portion of that, called a range.

When we talk about ranges, we are referring to the specific combinations of hands out of the starting combinations that your opponent chooses to play. 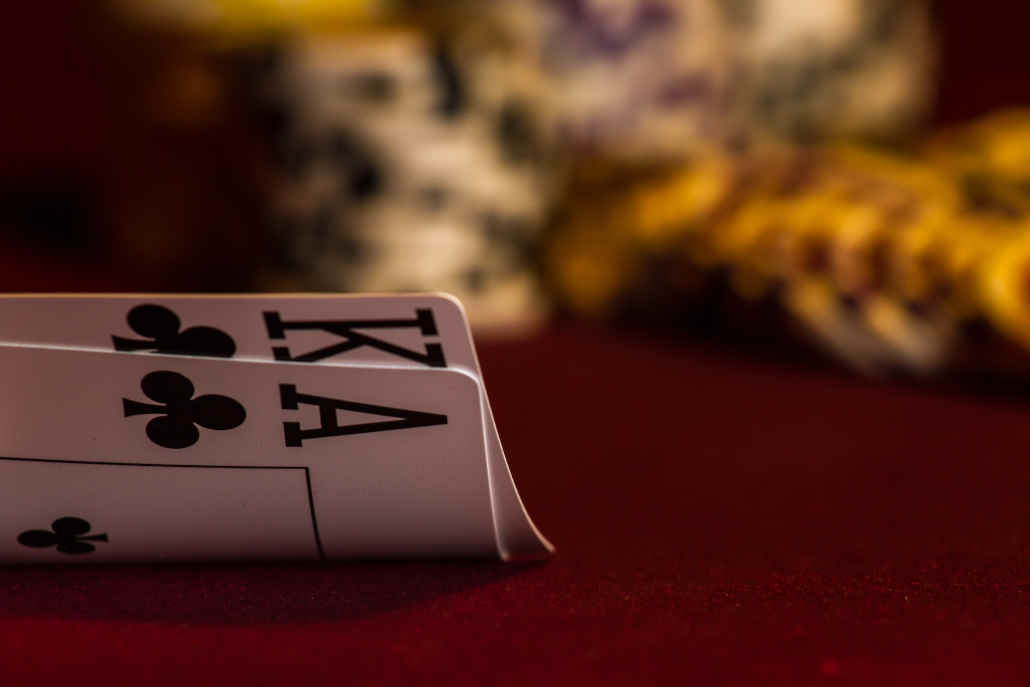 What is Range Analysis

Range analysis is a linear process where you imagine all the possible hands that your opponent can have and then remove combinations as certain actions happen through the hand.

You can think of it as a complicated flow chart.

When you are betting, you should use range analysis and your knowledge of what a player is likely to do to work out how they will respond to the action you decide to make.

For example, if we know that a large proportion of our opponents’ range contains flush draws, and the river completes a flush – we may decide that we can no longer bet our top pair for value.

Too many of our opponents’ combinations will call us on the river.

When we are calling in a hand, it’s important to know what hands our opponent is likely to be betting with or checking with on any of the streets.

For example, after the villain bets the flop and checks the turn, an open-ended straight draw completes on the river, and our opponent goes all-in. This may seem intimidating to some, but our opponent checked the turn.

It’s highly unlikely that our opponent will have checked the turn with such a draw when playing GTO. Therefore they are unlikely to have the straight on the river.

This may make it more probable they are bluffing when we consider what their range looks like.

How to Analyse Your Opponent’s Range: The 3 Rules

There are some rules that you must follow if you want to be successful at putting your opponents on ranges. As mentioned, range analysis is like a complicated flow chart.

You can mitigate some of the confusion by following these rules.  If you don’t follow these rules, you will get into the area of what I call “fantasy hands.”

These are hands that your opponent can’t have, but you think that they can because of an oversight that you made. 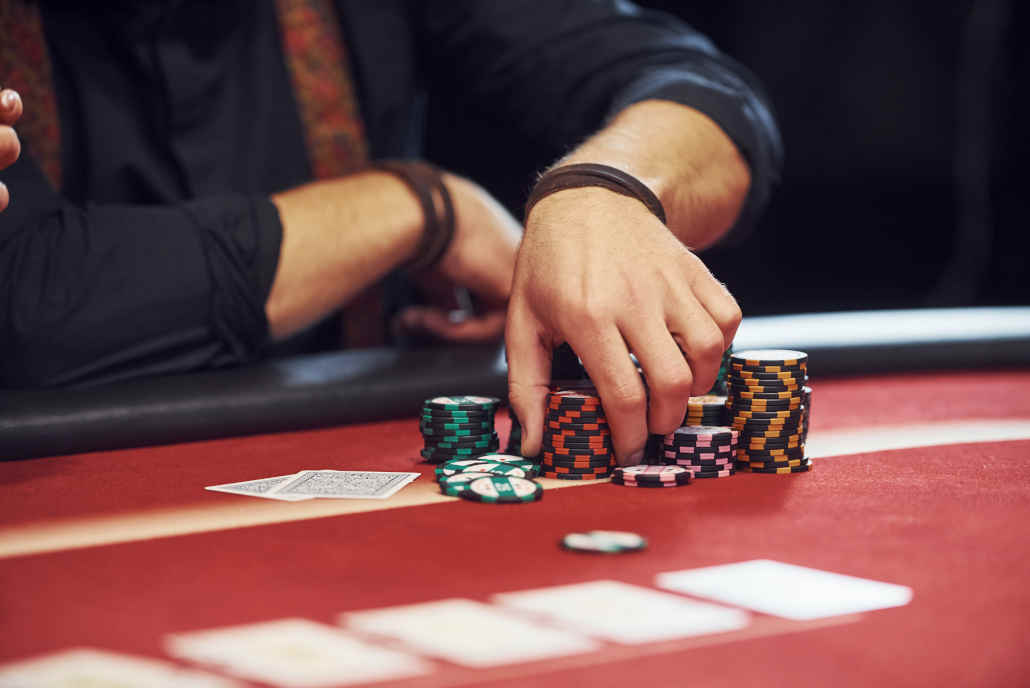 1. Start at the Beginning

Range analysis should be a linear process. You are aiming to reduce the combinations that your opponent has over the course of a hand.

It, therefore, makes sense to start at the beginning of a hand where the range is the widest.

The first question you should ask: What does your opponent’s preflop range look like? Once you have a good idea of that, you can move to the flop, turn, and then river with your analysis.

If you are unsure what range your opponent is playing, you can look at their VPIP stat online and use a tool such as Equilab to give an approximation of what the range looks like.

You should also keep track of hands that they showdown with. If they are playing with K2o, they are likely playing with everything better than that. When in doubt, I would suggest using your own range as a guide of what they’re likely to have.

2. Start Eliminating Hands by Thinking About What Villain Definitely Doesn’t Have

You could be there for a long time, listing all the combinations of hands that your opponent could have in a situation, especially early in the hand.

What is something that almost all players do on a wet board texture? They will almost always raise with their strongest hands: top 2 pair, sets, etc.

So, what happens when the villain calls the flop? You eliminate those strongest hands from their range!

Similarly, players will also fold several of their weakest hands, especially with hands that have very little back door equity. Let’s say the turn is a 3 on an AQ9 board after we c-bet the flop.

We know the villain doesn’t have a set of threes because we will have eliminated that on the flop. This brings us nicely onto the next rule.

Once you have eliminated a hand from your opponent’s range, you can’t add it back later down the line. This is a guaranteed way to add a fantasy hand to their range.

I see it all the time when I am coaching, like in the example above, where we know the villain can’t have 33 on the AQ93 board.

Let’s say he starts representing a strong hand on the turn. When we make our calling decision in the hand, we must do it based on the range that we have for our opponent at that point in the hand.

Just because the villain is representing 33 doesn’t mean that they have that hand.

How to Get Better at Range Analysis

Now you know the right way to analyze your opponent’s range. How do you get better? As you have seen, we are making decisions on what our opponent can have in a situation because we understand what they are likely to do with the hands in their range.

This can be difficult for you as you may not know what hands they are always going to raise, call or fold.

This knowledge of player tendencies develops by either a lot of playing or spending time studying off the table.

By playing, you get to see first-hand what players are likely to do with their ranges. You also collect lots of data on your opponents that you can use when you study. 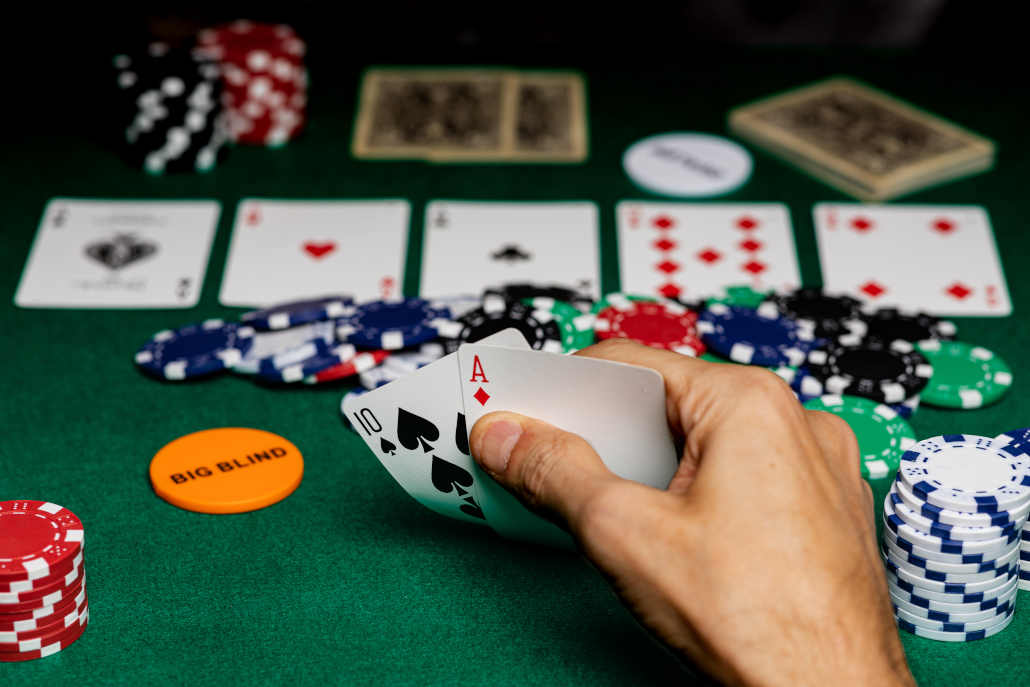 The data you collect shows you what hands a variety of players have raised with, called flops with, etc.

Be warned, though. You need to play hundreds of thousands of hands to build up a good data set for analysis of this type.

When studying, you have a few options for improving your range analysis skills. Poker tools and software like solvers essentially calculate and analyze ranges for you, and they also tell you the best strategy based on the solution.

These are good for getting you used to what players should be doing.

Another great way to get better at analysis is to talk through hands with players better than you. They will be able to explain what opponents are likely doing in these situations and can share this with you.

Hopefully, you have a friend that you can study with, or you could even think about hiring a coach.

Now you know the correct way to methodically analyze your opponent’s ranges in a hand. Remember that practicing this skill in poker takes time and due diligence to implement successfully.

It’s okay if you’re getting it wrong at the start. Just remember to follow the rules I’ve laid out so that you don’t miss hands from villains’ range or add those fantasy poker hands in!

Do Poker and Casino Games Have Anything in Common?

Poker Strategy With Greg Raymer: Tips To Improve Your Patience