Michael Addamo has emerged victorious from a tough field of 35 entries to win the 2021 partypoker MILLIONS Online $102,00 buy-in no-limit hold’em ‘Mega High Roller’. The two-time World Series of Poker bracelet winner from Australia earned $1,310,715 for the win after defeating Austrian Florian Loehnert heads-up for the title. Addamo now has more than $12.6 million in recorded tournament scores to his name.

Loehnert entered the final day as the clear chip leader with more than half of the chips in play, while Addamo sat in second place. 2018 Card Player Player of the Year award winner Jake Schindler was the first to be eliminated when his Q

ran into the pocket jacks of Addamo in a battle of the blinds. The pocket pair held up and Schindler settled for $225,785 as the sixth-place finisher.

High-stakes tournament regular Mikita Badsiakouski was the next to hit the virtual rail. He got all-in with pocket tens against the 10

of Artur Martirosian, who had three-bet shoved from the small blind over the top of Badziakouski’s button raise. Martirosian hit a flush when four clubs came out on the board to send Badziakouski packing in fifth place ($269,500).

Despite securing that knockout, Martirosian was the next to be eliminated. He ran A

of Super High Roller Bowl champion. Both players paired their aces, but the king kicker of Vogelsang played in the end to earn him the pot. Martirosian cashed for $364,000 as the fourth-place finisher.

With that, Vogelsang took the chip lead heading into three-handed play. The decisive hand of the final table arose when Addamo flopped top two pair on a A

in his hand. He check-raised Vogelsang’s flop bet and the German made the call with A

for top pair. Vigelsang improved to aces and fours on the 4

turn and the chips all went in on the turn. The 10

Addamo took a small lead into heads-up play, but managed to close the deal quickly by turning a flush against the two pair of Loehnert in the first hand of their clash. Addamo moved all-in on a blank river and received a call from his opponent to lock up the title and the top prize of $1.3 million. Loehnert earned $805,000 as the runner-up.

Here is a look at the payouts awarded in this event: 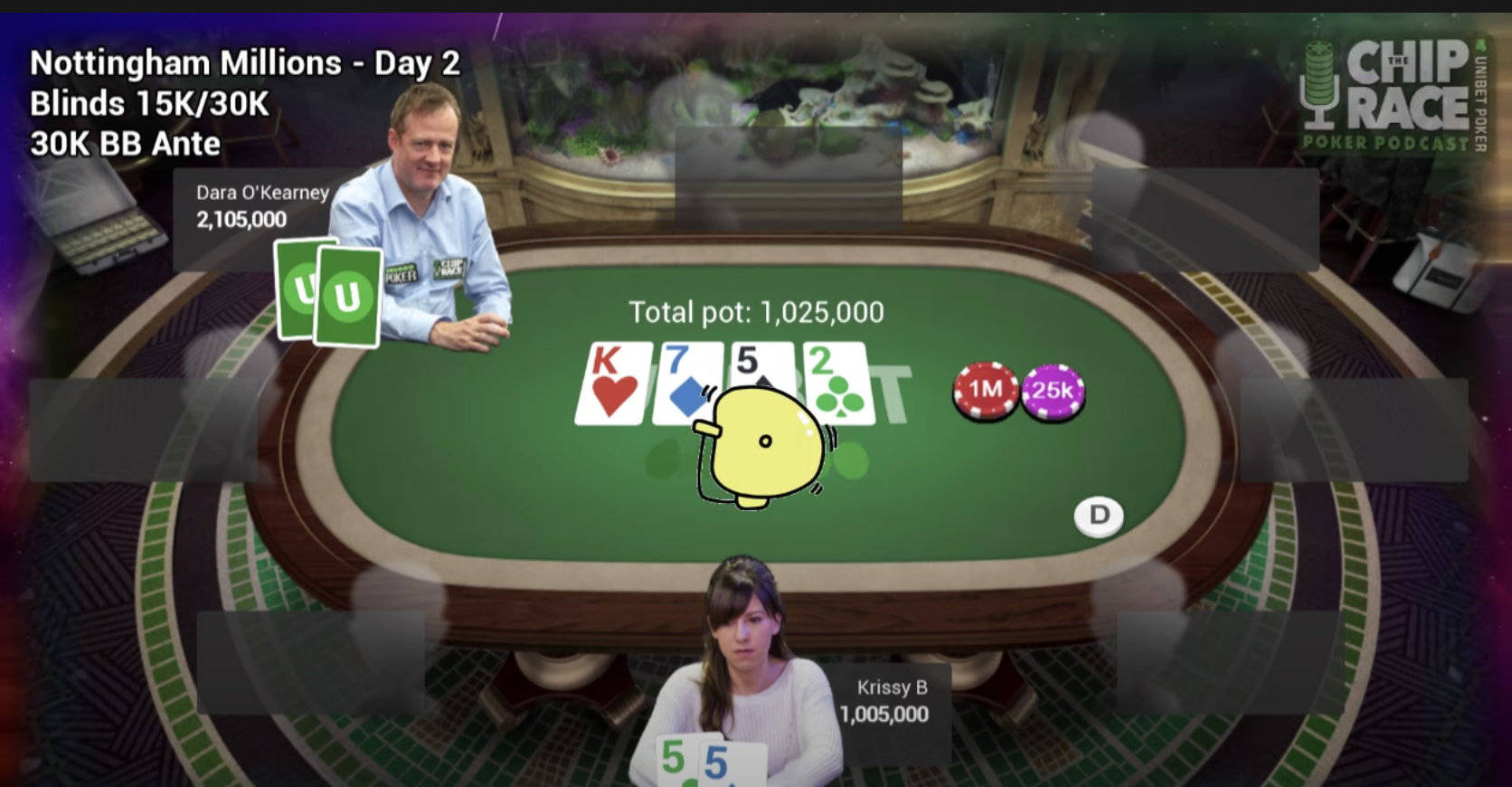 Can Krissy B fold a full house on the river?