The ARIA Poker Room played host to several high-stakes poker tournaments this week, with more than $2.4 million in total prize money paid out across four events held from Mar. 7-10. These were the latest in a series of recurring monthly high-roller tournaments at the venue.

The first event on the agenda was a $10,000 buy-in no-limit hold’em tournament. A total of 32 entries were made by the time registration officially closed, building a prize pool of $320,000 that was paid out among the top five finishers.

Sergi Reixach was the ultimate champion in this event, taking home $108,120 and 240 Card Player Player of the Year points for the win. Daniel Colpoys earned $103,080 as the runner-up after an apparent heads-up deal was struck. Cary Katz earned his first POY-qualified score of the year by finishing third for $51,200. Katz now has more than $30.6 million in career tournament earnings, enough to put him in 12th place on poker’s all-time money list.

Here is a look at the payouts and POY points awarded at the final table in Event #1:

Next up was another $10,000 buy-in no-limit hold’em high roller tournament. This time around the field grew to 39 total entries, with $390,000 in prize money up for grabs. The lion’s share went to eventual champion Barry Hutter. The World Series of Poker bracelet winner took home $140,400 and 240 POY points after defeating Mario Mosbock heads-up for the title.

This was Hutter’s 22nd recorded six-figure tournament score, and it brought his lifetime earnings to just shy of $6.3 million.

Sean Perry took home $62,400 and 160 points for his second cash in as many days, having placed fifth in the first event of the week for another $25,600 and 100 points. Perry was not yet finished with this series, though.

Reixach notched his second cash of the series as well, placing sixth for $23,400 and 80 points.

Here is a look at the payouts and POY points awarded at the final table in Event #2:

The largest field of the week came in the third $10,000 buy-in no-limit hold’em high roller event. A total of 53 entries were made, creating a prize pool of $530,000 which was split among the top eight places. Four-time World Poker Tour main event champion Darren Elias emerged victorious, earning $169,600 and 300 points after overcoming a stacked final table. The win brought Elias’ career cash total to $8,332,634.

Sean Perry secured his third straight final-table finish, placing fifth for $42,400 to complete the hat trick and bring his earnings across the three events to $130,400.

Here is a look at the payouts and POY points awarded at the final table in Event #3:

The final event of the series was the lone $25,000 buy-in no-limit hold’em tournament on the schedule. A total of 48 entries were made during the registration period, building a final prize pool of $1,200,000. Sean Winter came out on top, earning $408,000 and 420 points as the champion. This score fell just outside of his ten largest tournament cashes but did increase his lifetime earnings total to $15,873,099.

This was Winter’s second POY-qualified score of 2021. He now sits in 55th place in the overall points race as a result of this latest victory.

Eric Worre earned Eric Worre as the runner-up finisher for the second-largest score of his career. Dan Smith took home $180,000 as the third-place finisher, bringing his lifetime total to just shy of $37.3 million. Smith is currently in fifth place on poker’s all-time money list, and is now just $568k behind current fourth-ranked player Erik Seidel.

Here is a look at the payouts and POY points awarded at the final table in Event #4:

Everything To Know About Learning Casino Game Related Rules 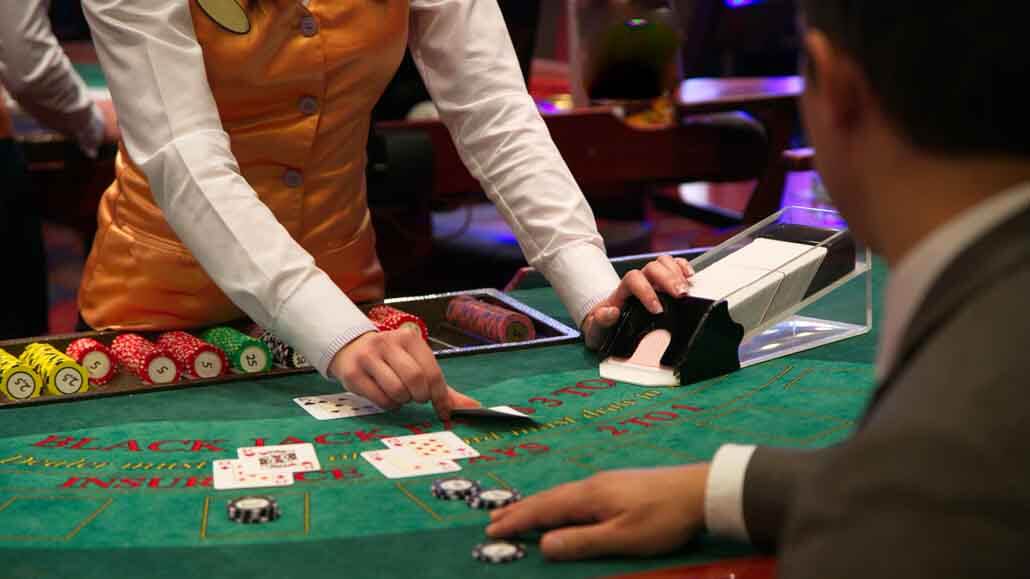 Top 5 Most Common Gambling Mistakes That You Should Avoid

$10million on the Line as BOSS Takes Centre Stage on ACR