There are few poker players in the world who have enjoyed as much success at the tables as Adrian Mateos. The Spaniard has more than $21.3 million in live tournament cashes thanks to a list of titles as long as your arm.

Mateos became the youngest-ever player to win three World Series of Poker (WSOP) bracelets when he was only 22-years-old. He won the 2015 EPT Grand Final Main Event, and secured the partypoker LIVE MILLIONS World Bahamas title in 2019.

That last victory netted Mateos a cool $1,162,805 and was the third seven-figure live score of his career. While Mateos is a beast in the online poker world too, it is the travelling and interaction with other players at bricks and mortar venues that he’s missing the most.

“I really miss playing live poker,” Mateos told the partypoker blog. “It is one of my passions and I’m really excited to play again soon. Travelling with friends and disconnecting from the routine is important for me.”

Winning a MILLIONS Title Was “Amazing” for Mateos

Mateos’ last live cash came in March 2020 when he finished fifth in the $250,000 Super High Roller Bowl in Sochi, Russia for $800,000. The ongoing COVID-19 pandemic curtailed every live poker series. The Spanish superstar can’t wait to get back in the mix and compete in more MILLIONS events, building on his impressive victory in the Bahamas.

“Winning the MILLIONS Main Event means a lot to me. MILLIONS is one of the most important live tournaments. It was amazing, I love to play big main Events like MILLIONS.”

Many live poker specialists have switched their focus to the online poker realm during the enforced downtime and Mateos is no different. He’s mixed grinding online with additional study, which spells bad news for anyone who is unfortunate enough to cross his path.

“I can’t play live poker but 2020 is probably the year I studied and improved the most. I’ve played a lot of hands online hands that will help me for future live stops.”

One major online tournament Mateos shone in during 2020 was the Caribbean Poker Party Online Super High Roller. He didn’t quite get the job done, but he scooped $370,477 after losing out heads-up to champion Pascal Lefrancois. As someone who is an expert in the biggest live buy-ins, does Mateos think partypoker’s online events come close to matching their live counterparts?

“Yes! I really enjoy deep and long tournaments. I still prefer live main events but the structures online at partypoker are pretty nice for a 2-3 day tournament.”

MILLIONS Online is right around the corner with Day 1A of the $5 million guaranteed Main Event shuffling up and dealing at 19:05 GMT on February 21. Hordes of partypoker players are attempting to win their $5,300 seat via the plethora of satellites running around the clock. Mateos is considering playing some satellites also, but is 100% playing in the MILLIONS Online Main Event regardless of his results.

“I will play for sure. I will probably just buy-in, but maybe I will play some satellites.”

A tournament the size of MILLIONS Online is what Mateos lives for. He knows he’s one of the best players in the world and has a realistic chance of banking yet another seven-figure prize. What would winning MILLIONS Online mean to a man who has won so much at the poker table?

“It would be one of my top achievements in poker. I have been lucky to win many Main Events like EPT and WSOP bracelets, and MILLIONS is a very prestigious event too.”

The MILLIONS Online Main Event kicks off at 19:05 GMT on February 21 with the first of two starting flights. Buying in for $5,300 or winning your way in via satellites means you receive one-million chips and the opportunity to become a MILLIONS champion.

One re-entry is permitted while late registration is open, which is remains until the end of the ninth level. Those levels are 25-minutes long and the blinds start 2,500/5,000/625a.

Ten levels of 30-minutes each bring the curtain down on Day 2 with the surviving players returning to their seats at 19:05 GMT on March 2 where they will battle it out until the nine-handed final table is set.

That final table takes place on March 3 and we wouldn’t be surprised in the slightest to see Mateos taking a seat at it. Hopefully, you’ll be there too. 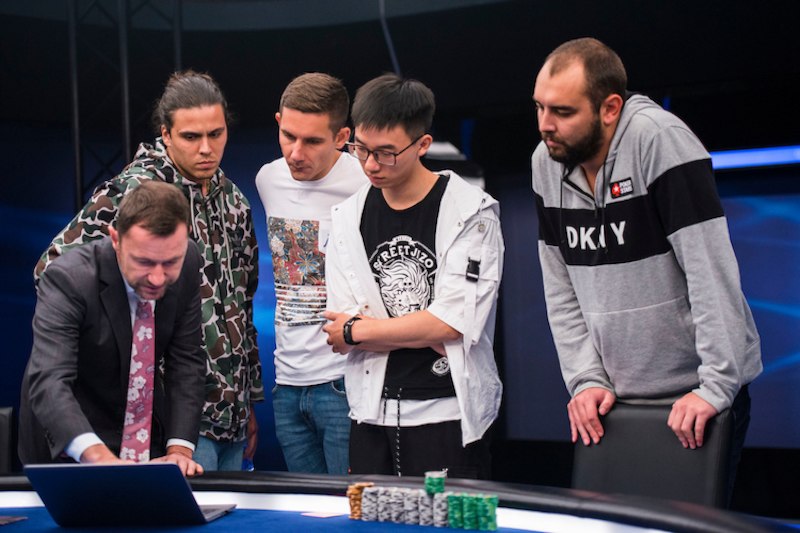