Paris (AFP) – Mohamed Salah scored for the 26th time this season in all competitions and fellow Egyptian Trezeguet ended an eight-month goal drought in the English Premier League at the weekend.

Salah claimed the second goal as Liverpool moved back into contention for a top-four finish and Champions League qualification with a 3-0 triumph at Arsenal.

Trezeguet struck twice as mid-table Aston Villa bagged three goals in the final 12 minutes to overturn a deficit and inflict a 3-1 defeat on strugglers Fulham.

Here, AFP Sport rounds up the performances of Africans in the major European leagues:

He helped Liverpool maintain their recent revival with a goal in a confident win. Liverpool took the lead through Diogo Jota’s 64th-minute goal. Salah netted four minutes later as he took advantage of poor defending from Gabriel to slide a cool finish through Bernd Leno’s legs.

The winger inspired a 3-1 comeback home win against Fulham. Villa were trailing when Trezeguet came to the rescue with two goals in three minutes. The 26-year-old, who had not scored since July, equalised in the 78th minute with a clinical finish from Tyrone Mings’ cross. Trezeguet struck again, meeting Keinan Davis’s cross with a fine volleyed finish.

The Senegal striker grabbed his second goal for West Brom in a stunning 5-2 win at Chelsea. Diagne’s previous goal since arriving on loan from Galatasaray in January came against Manchester United and he punished another of the Premier League’s aristocrats at Stamford Bridge. The 29-year-old capped a superb Albion attack with a cool finish from the edge of the penalty area in the 68th minute.

Simy continued his remarkable form with a brace, but basement club Crotone fell 4-3 at Napoli. Libya midfielder Benali provided the cross for Simy’s first after 25 minutes and the Nigerian added a second after the break to bring his campaign tally to 15 goals, including eight in the last five games. Fellow Nigerian Osimhen was also on target, scoring his fourth Serie A goal of the season for Napoli.

Ivorian midfielder Traore tapped in from close range for his side’s opening goal to pull Sassuolo level midway through the second half in a 2-2 home draw against Roma. The 21-year-old found the net for the second consecutive league game to lift his season league total to four goals.

Kessie set up Norwegian Jens Petter Hauge to equalise three minutes from time and rescue a 1-1 draw against Sampdoria. The Ivorian then missed a chance to snatch a last-gasp winner when his shot hit the post in injury time.

With Robert Lewandowski injured, the Cameroon striker made only his fifth league start this season for Bayern in a crucial 1-0 win over second-place RB Leipzig to keep the Bundesliga leaders on course for a ninth successive title. Leon Goretzka’s superb strike sealed a win which pulled  Bayern seven points clear.

The Mali midfielder was booked for fouling Rani Khedira — a brother of Germany’s 2014 World Cup winner Sami — during his side’s 2-1 defeat at Augsburg. It was Hoffenheim’s third loss in a row, and Samassekou’s team dropped to 12th.

Two of Saint-Etienne’s African stars combined to haul their team seven points clear of the Ligue 1 drop zone with goals in a 2-0 win at Nimes. Khazri withdrew from Tunisia’s final two Cup of Nations qualifiers but returned in style for his club, blasting in the opener from 20 yards. Bouanga, who scored last week as Gabon qualified for next year’s finals, added Saint-Etienne’s second with a rocket from even further out. 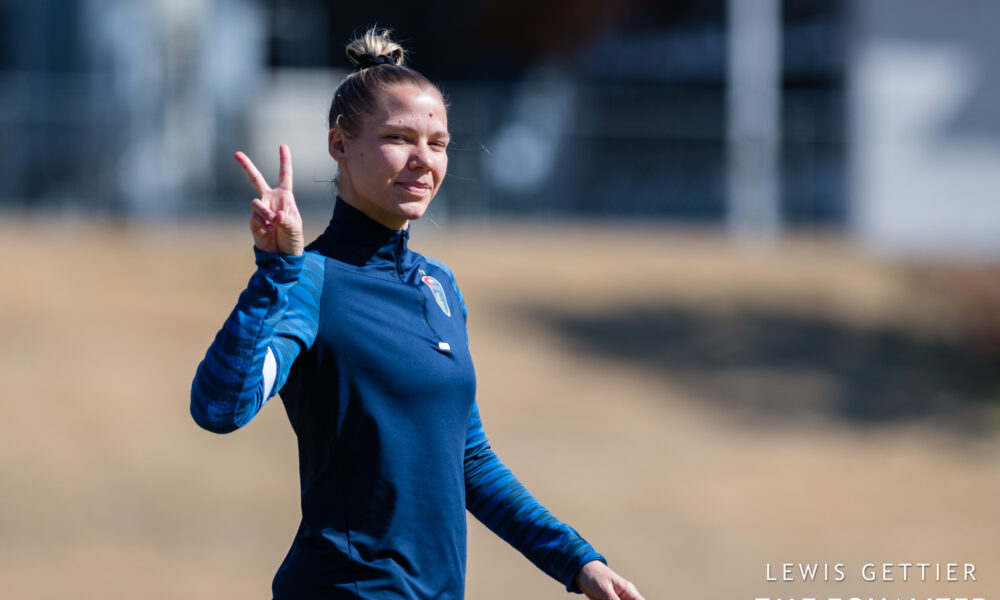