The United States Men’s National Team entered the 2010 World Cup with hopes to get out of the group and advance to the knockout stage. Drawn into Group C with England, Slovenia, and Algeria, the English were convinced they were going to breeze through the group stage, nicknaming the group “E.A.S.Y.” (England, Algeria, Slovenia, Yanks). The United States had other plans, but then head coach Bob Bradley brought an experienced core of players to South Africa to try and win.

After a draw against England in their opener, the USMNT took on Slovenia at Ellis Park Stadium in Johannesburg on June 18, 2010. The Americans hoped to have a better start than they did against England, where Steven Gerrard scored in the 4th minute and forced the USMNT to play catch up. Instead, they once again found themselves in an early hole when Valter Birsa scored from long distance for the Slovenians in the 13th minute. Still, the Americans remained flat footed throughout the first half, and Slovenia made it 2-0 in the 42nd minute from a Zlatan Ljubijankić goal.

One intangible that had become the calling card for the USMNT was their ever-constant belief that they could win any game, despite a seemingly insurmountable deficit. So, when Maurice Edu subbed on at the end of halftime, it was sub designed to bring the energy needed to spark the offense. 3 minutes into the start of the second half, Landon Donovan pulled one back for the Americans when he blasted a missile from 3 yards out into the roof of the net.

Now, the team had confidence. They knew they had the ability to equalize, and the fans in attendance at Ellis Park did too. Mo Edu was consistently in the action, winning balls and providing a physical presence that wasn’t evident from the USMNT in the first half. The hard work paid off, and in the 82nd minute, Jozy Altidore placed a header into the box that was stabbed by Michael Bradley to tie the match at 2-2.

There was still time left for a winner, and the Americans smelled it in the air. They wanted it, and they didn’t rest on being level with Slovenia. They needed the win to make sure they would remain in the mix to get out of the group.

They pushed and a couple minutes after the restart, they earned a free kick on the right side just outside of the box. While Landon Donovan set up the cross into the box, Mo Edu joined the rest of the bunch inside the box, staying near the edge of the penalty area to wait for his time. With players jockeying for position, Donovan sent in the cross, and Edu snuck past everyone. He volleyed the shot past Slovenian goalkeeper Samir Handanović into the net.

Bedlam. Glory. Mo Edu was a hero. The comeback was complete. Edu started to celebrate as his teammates began to sprint towards him.

Then, they hear the whistle. They see the referee pointing at the spot where Edu volleyed the ball, signaling for a free kick for Slovenia. Goal disallowed. The American players were stunned. The fans were angry. Referee Koman Coulibaly had taken the goal, and the glory, away from Edu and the United States. When asked by the players why the goal had been disallowed, Coulibaly said nothing. Was it offside? Was it a foul inside the box by an American player? Had Edu done too much to jockey for position and free himself to make the play?

You be the judge:

Onside. Maurice Edu was onside. Was there a foul? Edu didn’t touch anyone on his way to the ball. The only foul that was evident from the replay was holding by a Slovenian player on Michael Bradley. Still, the goal didn’t go on the board. The referee would not reverse his decision and refused to explain it. The match ended as a 2-2 draw, one that felt like 3 points stolen from the United States.

After the match, Bob Bradley said that the only fouls he saw were from Slovenia players. Landon Donovan explained that the players tried to approach Coulibaly in a “non-confrontational manner,” but that didn’t matter. The goal was wiped out, the epic comeback turned into a painful draw.

The worst part of it was that Maurice Edu was denied the glory of being not just a World Cup goal scorer, but a game-winning goal scorer at that. At the pinnacle of what was a terrific career, in what would surely have been his defining moment, that goal would have gone down as one of the most important in USMNT history. He would be celebrated as a World Cup hero in soccer circles everywhere, and everyone would have known his name.

That moment was robbed, taken from him and from the USMNT and its fans. A World Cup winner, neutralized because of a terrible call. The USMNT have never received an explanation on the call from the referee or FIFA, and they never will. To the masses, it goes down as another bad call by a referee at a World Cup. But for Maurice Edu, it was World Cup glory that was unjustly denied. 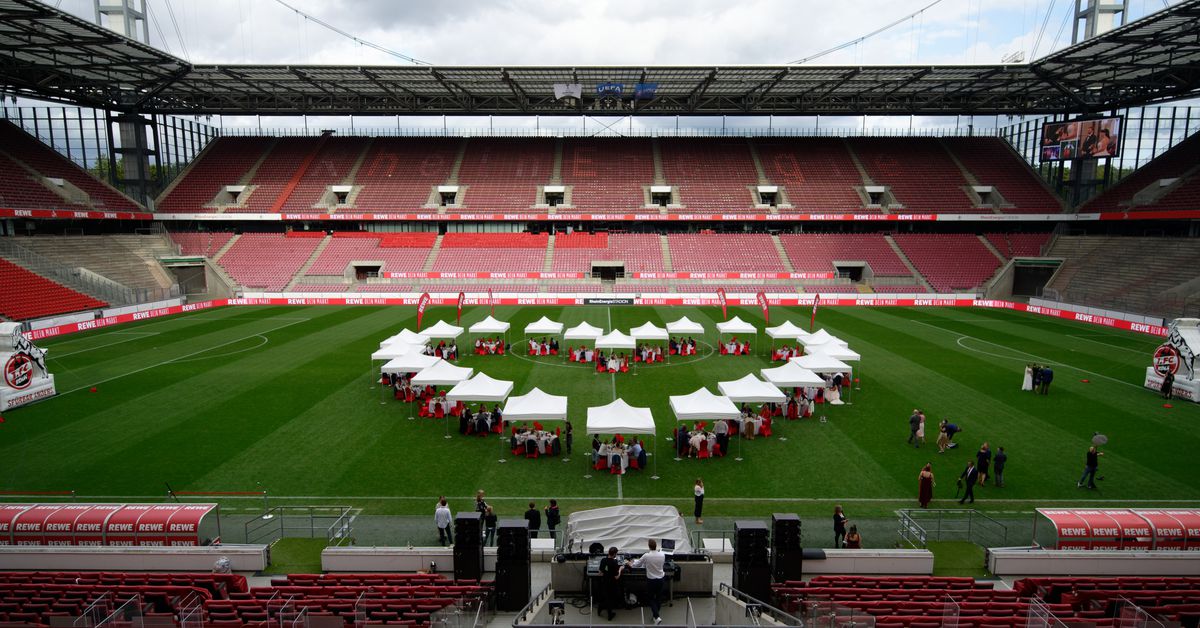 Sunday Cup-o-American soccer: A Valentine’s Day poem for US Soccer