Chennai (India) (AFP) – When Dan Lawrence slumped to his knees after getting out on Sunday, it was the surest sign that England were groggy against India’s master spinners on a devilish pitch.

As England stare at defeat in the second Test in Chennai some pundits are saying it was one of the toughest wickets ever prepared.

Former Australia player and TV commentator Mark Waugh said the Chennai pitch was “unacceptable”, crumbling so early in the game.

Publicly, England put on a brave face over the collapse and the role of the wicket.

“Incredibly challenging,” said assistant coach Graham Thorpe of the pitch, who has experienced his share of batting in India.

“We know that pitches deteriorate here as a game goes on and this one has gone a little bit quicker.”

“They are obviously a very skilled spin attack in their own conditions,” he added. “It was a very good toss to win.”

When pressed further about the pitch, Thorpe said: “That is obviously for someone above me to look at.”

But England cannot hide their batting weakness on the day.

Lawrence was one of Ravichandran Ashwin’s five wickets, falling on the stroke of lunch on day two after struggling for 52 deliveries for his nine runs.

Ashwin claimed his 29th Test five-wicket haul to decimate the England line-up that piled up a mammoth 578 in the first innings of their opening win in Chennai.

The venue remained the same, but the pitch changed and England failed to cope, crashing to 134 all out in 59.5 overs in response to India’s 329.

England conceded a lead of 195 which India extended to 249 at the end of play. Thorpe admits it will need a miracle now to avoid defeat.

“It’s going to be tough. We need something very, very special to happen to us and somebody to do something amazing with the bat,” said Thorpe.

“We knew we would have some tough days and the most important thing is our dressing room doesn’t get too affected by today.

“We’ve some guys touring this part of the world for the first time against a very, very strong India side.”

England “must not get too down by this,” said Thorpe who went through peaks and troughs in his 100-plus Tests.

India batted for 95.5 overs after electing to bat first with Rohit Sharma hitting an aggressive 161.

Ashwin said playing spin is an art and travelling teams must rise to the challenge.

“I do not know if they have complaints in the first place. When you come across adverse conditions, it is quite natural to be taken aback by it,” said Ashwin.

“But to be honest, England have competed really well so far.

“There will be challenges when it comes to seam or spin. I would say the challenges are far greater when the ball is seaming at 140 km/h compared to spin at 80-85 km/h.” 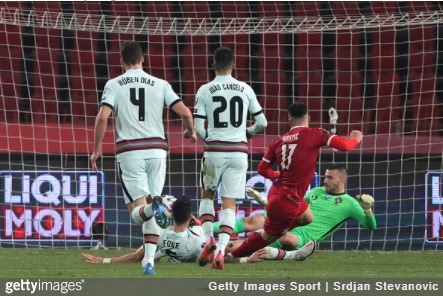