For a little over 48 hours from Sunday through Tuesday, the world of club football hung in the balance. Twelve large European clubs attempted to breakaway from the UEFA Champions League and the established construct around soccer in Europe. The attempt to create a European Super League, outside the auspices of UEFA, shook the soccer world and exposed the clubs involved to a level of vitriol they have likely never faced in their histories.

On the surface, the story that captured sports fans across the globe and moved at a frenzied pace was simply about rich clubs trying to create their own competition where they could control the flow of sponsorships, revenue and thus control costs with guaranteed pay days.

But it was in fact a whole lot more than that. It was a battle for the soul of the sport.

For years, FIFA has been unwilling to enforce its own rules on the United States, where the world governing body of soccer is more focused on generating commercial revenue than growing the game.

If it wasn’t for the football supporters and media in the United Kingdom rallying against the Super League, FIFA’s negligence almost allowed a cabal of NFL model for soccer to take over the established competitive structure in Europe.

US Soccer can do as they please according to FIFA

The United States Soccer Federation (USSF/US Soccer) has for years been able to avoid the norms that govern world football. Not only does the United States contain an alphabet soup of closed leagues, but the nation’s first division, Major League Soccer (MLS) has been able to blow by FIFA’s own prescribed limits for clubs and maintain cross-border sides in Canada that are given the opportunity to compete in their own domestic cup competitions. Interestingly in 2019, a cross-border team in the US second division was told they must compete in a domestic Canadian league by FIFA’s regional confederation, CONCACAF, but no such provision has yet been applied to MLS teams in Canada.

For whatever reason, likely due to the commercial importance of the American market, FIFA has never fully enforced its statutes on the United States. It can be argued Major League Soccer initially needed its closed-league, single-entity structure to survive in a turbulent market. This is certainly the case, but in time MLS should have been forced to conform to the established standards.

Litigation in domestic courts is something FIFA frowns intensely upon, but time after time over the course of the last five years, the USSF has been hauled into court without any repercussions from the global governing body. In many other cases, nations have faced questions or even suspension from FIFA for court filings or governmental interference in the sport.

The argument is continuously made that the United States is somehow “different” than the rest of the world, in fact “exceptional.” Because of this exceptionalism, the United States must be given the latitude to construct and operate a soccer system completely different than is done elsewhere.

But the reality is this. FIFA, an organization that has faced increasing scrutiny in recent years, has made a tactical shift away from reliance on European sponsors and support to that of Asian, Middle Eastern and North American sponsorships.

Just last month, FIFA President Gianni Infantino indicated he’d support a merger between the two strongest leagues in the CONCACAF region, potentially setting the stage for European clubs to think FIFA may not frown upon a cross-border Super League. But as we have already learned, the US gets special treatment from FIFA.

American professional sports are built around closed leagues where teams are bought and sold regularly and sometimes even relocated. Teams operate as franchises in leagues where you generally do not have the sort of incentives to be successful on the field that they do in open systems. Every team in a major American sports league with the lone exception of the Green Bay Packers plays in a metropolitan area with over 750,000 people.

The flip side of this is that revenue sharing and other mechanisms make the closed league structure safer for investors, but less compelling in many ways for supporters. But this setup is again justified under the guise that somehow the United States is “exceptional” and only a certain type of league setup attracts fans and investors.

Sport in Europe is structured differently. Leagues are open and teams from both small towns and big cities rise and fall up and down a pyramid depending on their own success. Supporters live and die with every kick of the ball but if a club is poorly managed it can slip down the divisions into oblivion and business purgatory.

Given the amount of debt carried by some top European clubs as well as the reckless spending the very same clubs continue to engage in, a risk-mitigating structure suddenly had the sort of appeal it may not have a decade ago. While relegation from their respective domestic leagues isn’t likely, these clubs want guaranteed sources of revenues that allow them to take their feet off the pedal in terms of competition.

Blame FIFA, they set the precedent

Once the precedent was clearly set by FIFA that leagues in the United States could do as they please, the door was open for those wishing to game the system to try and do so.

The proposed breakaway league featured twelve clubs, but it appears based on early reporting that four were truly central to the project: Real Madrid, Juventus, Liverpool and Manchester United. The latter two are owned by Americans, who have franchises in sports leagues in the USA.

With American investment banking giant JP Morgan providing the financing, the project had an American look-and-feel to it from the get go, even if the individual interfacing with the public was Real Madrid President, Florentino Pérez, a Spaniard.

On April 18, when the plans for this breakaway competition were revealed to the football world, governing bodies reacted with horror. How could such a thing happen and why would these ostensibly smart business people jump into a territory where the governing bodies were certain to push back?

For some of us, we quickly realized the “American precedents” cited above led Pérez and his allies to believe FIFA would be reluctant to fully enforce its own rules if it involved something as commercially viable as the Super League project.

The potential for anti-Americanism in the UK to grow

Like it or not, many in the British working class associate the US with corporate oligarchy, materialism and an obsession with finance. What transpired with the Super League reinforced many of these stereotypes. And the UK media, particularly Sky Sports, has been focused on the American angle of the story.

American exceptionalism is something that has from my own experience not been accepted among the majority of the British public. A fear among supporters when Americans buy football clubs is often abound, the sort of fear usually absent when sales to any other nationality of the owner, be they British or foreign take place.

The attempts to form a breakaway league will only further suspicion and dislike of American sports and investors in the United Kingdom. While Manchester City, owned by a sheik from Abu Dhabi, and Chelsea — owned by a Russian oligarch — were part of the breakaway, the general consensus in the UK media was that it were the American-owned clubs that orchestrated this move with Manchester City and Chelsea reluctantly agreeing to join to avoid “being left behind” by the other “big six” clubs.

Rightly or wrongly, the Super League is being seen as an attempt by American investors to “Americanize” Britain’s national sport.

Despite the sudden collapse of the Super League, my opinion remains that had the fans not been so well-organized in England and so vocal in Italy about clubs from those nations participating (75% of the clubs in this breakaway entity were from England and Italy) and had the two German giants, Bayern Munich and Borussia Dortmund joined the project, it would have become a reality. Despite UEFA’s protestations and FIFA’s rhetoric, they would have caved.

Those planning the Super League were almost certainly well aware of the failure of FIFA to hold leagues and the federation in the United States to the same standard it holds others. They have seen how leagues that operate under the established US sports construct have been exempted from scrutiny at various points by FIFA. (For the record, this includes leagues in Australia, India and Canada as well, with the former two now being forced to conform to FIFA regulations unlike the USA).

Without the success of MLS and US Soccer in evading FIFA guidelines and statutes, it’s unlikely from where I sit the twelve rebel clubs would have ever tried to form their own entity outside the UEFA umbrella. They had seen that some nations and leagues can push the envelope as far as possible if it appears like what they are doing is in the commercial interests of FIFA and the global game as a whole.

What the twelve rebel clubs were not anticipating was the level of fan backlash and anger particularly in England and Italy but also throughout the world. Had the backlash been more muted or perhaps the timing of the announcement been different, they just might have gotten away with it – a scary proposition as we try and pick up the wreckage of the last several days and put football back on course. 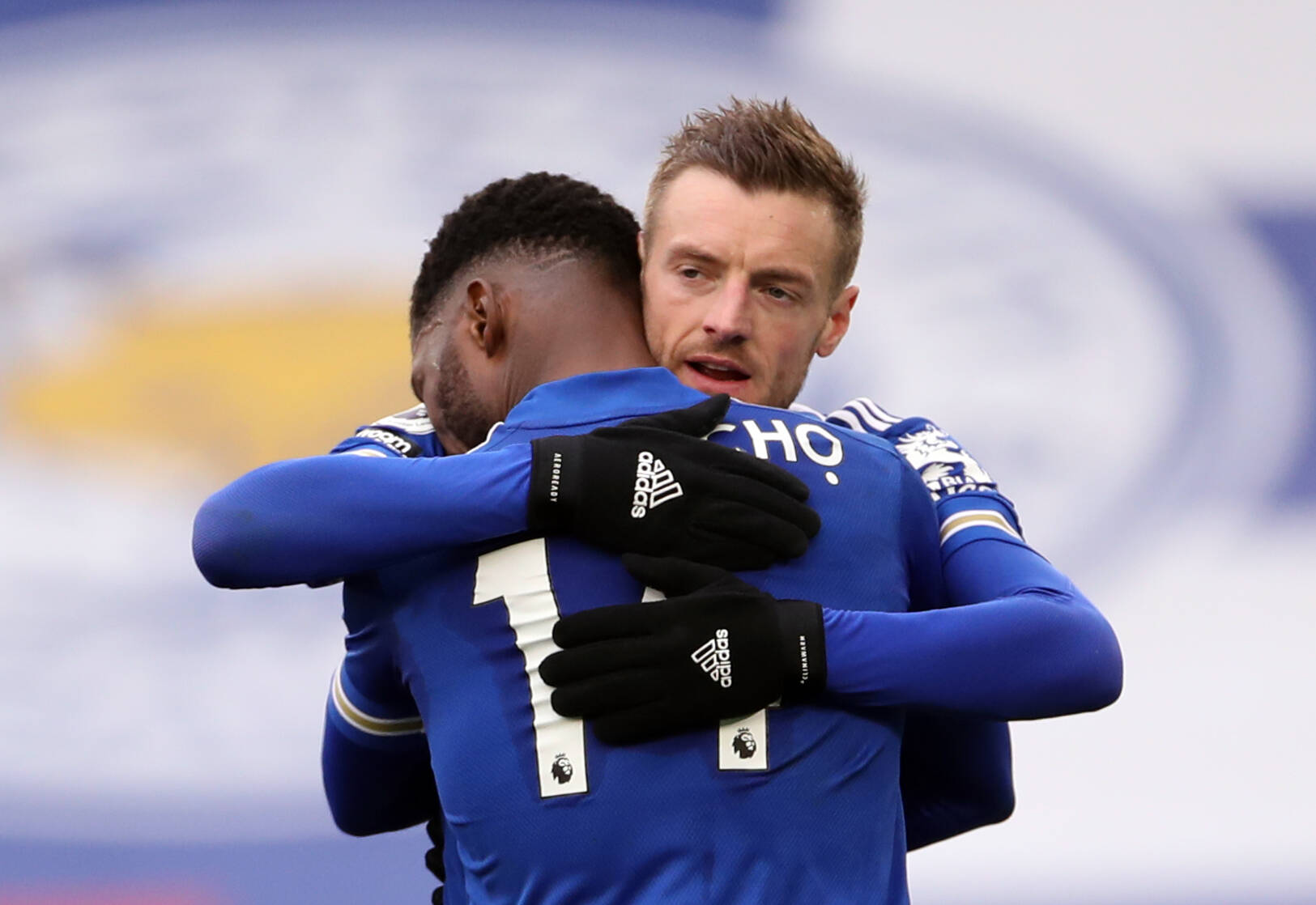