Youssoufa Moukoko’s record-breaking season is over after suffering ligament damage in his foot, Borussia Dortmund have confirmed.

Moukoko became the youngest player in the Bundesliga’s history last November when making his debut the day after his 16th birthday.

The Germany youth international had long been considered a big prospect at Dortmund, having set a number of records in the club’s academy despite generally playing several age groups up.

Even before he turned 16, Moukoko was training with the first-team and he soon followed up his Bundesliga record by also becoming the Champions League’s youngest-ever player (16 years, 18 days).

Edin Terzic handed him a first Bundesliga start after replacing the sacked Lucien Favre, and he subsequently became the German top-flight’s youngest scorer a few days later in a 2-1 defeat to Union Berlin.

He is by far the most junior player to have featured across Europe’s top five leagues this term (16y, 136d) – Tottenham’s Dane Scarlett is the second youngest (17y, 12d).

There are also only four players who are still teenagers that have bettered his haul of three league goals – Florian Wirtz and Ansu Fati have four, Bukayo Saka has five and Arnaud Kalimuendo is out in front on six.

But Moukoko will not be adding any more to his tally this term, owing to a foot injury.

A brief statement released on Twitter read: “Youssoufa Moukoko is out for the rest of the season with a ligament injury in his foot.

Moukoko suffered the injury ahead of Germany’s European Under-21 Championship group stage match against Hungary.

While it was initially thought the issue would only keep him out of Germany’s following two games, it turned out to be rather more serious.

Dortmund look likely to miss out on Champions League football next season, with BVB fifth on 43 points, trailing Eintracht Frankfurt by seven points with as many matches left. 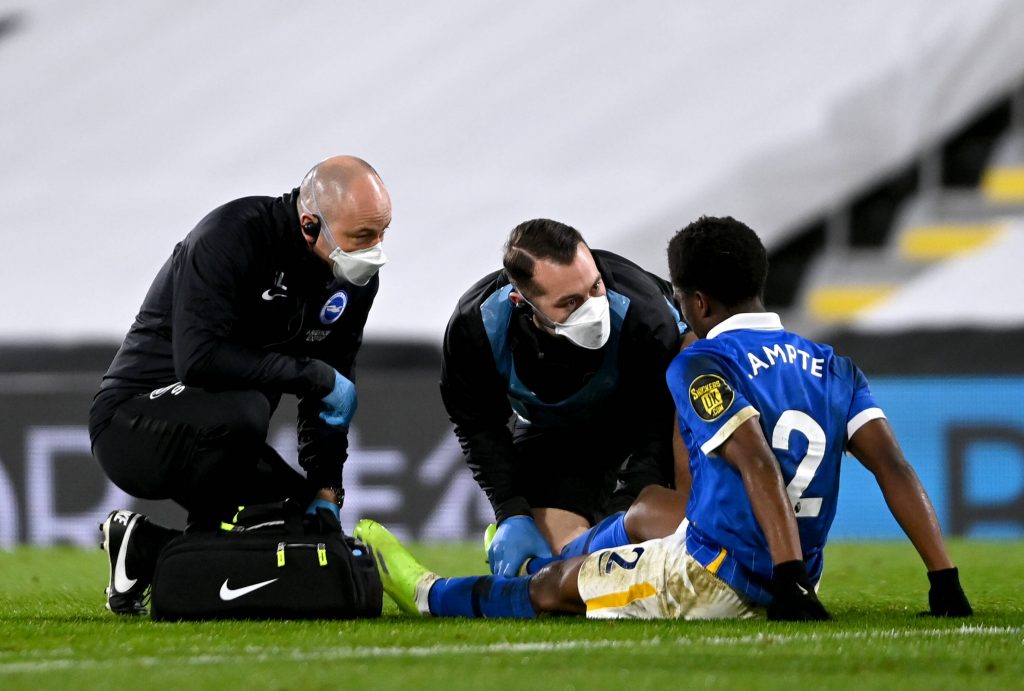