VAR has once again taken centre stage after a highly controversial round of Premier League fixtures which saw three goals harshly ruled out.

The first came at Craven Cottage in the clash between Fulham and Tottenham Hotspur. On loan striker Josh Maja thought he had netted an equaliser for the home side, only for the cameras to spot a handball by Mario Lemina in the build up. The game ended 1-0 to Spurs.

Despite the fact that Lemina’s arms were quite clearly by his side, the goal was chalked off. The handball law states that intent doesn’t matter if a handball leads to a goal – which is a frankly ridiculous rule.

Lemina has the ball booted at him and his arms are down by his side, I’m genuinely baffled how they’ve disallowed it. Premier League referees really do have a concerning lack of common sense. pic.twitter.com/CyVcK00Tp7

You can’t continue to have a situation where it’s handball at one end of the pitch but not the other. The Lemina one for Fulham would not have been given in his own area.

The ball is blasted onto Lemina’s the arm to set-up Maja. It’s the rules, but doesn’t make it any less ridiculous.

Mario Lemina turning up to training tomorrow to be fit for the FA Handball rule #FFC pic.twitter.com/t4oOX1bml4

The second major VAR incident came towards the end of West Bromwich Albion’s fixture against Everton.

The Toffees led at the Hawthorns through Richarlison’s 65th-minute goal, and looked to be holding out for the three points. However, they suffered a scare when Mbaye Diagne appeared to net an equaliser, only for the flag to go up.

Some angles suggested that the Senegalese forward had stayed onside, but VAR confirmed that he was narrowly off. The game finished 1-0 to Everton.

This was the least controversial of the three incidents. After all, it was just offside. Also, the goal still wouldn’t have stood without VAR. Nonetheless, it will still be frustrating to Baggies fans to see their late equaliser ruled out by the finest of margins.

The third and final VAR incident came at Anfield, when Timo Werner thought he had given Chelsea the lead against Liverpool.

Jorginho floated a lovely ball over the top to the German, who reached the ball ahead of the onrushing Alisson, nicked it around the Brazilian, and slotted into an empty net. For a striker who has struggled to find his best form this season, a goal at Anfield could’ve been pivotal for him.

But alas, it wasn’t to be. The dreaded dotted lines came out, deeming that Werner’s shoulder was just in front of the back foot of Andy Robertson, and the goal was dismissed.

Thankfully, the disallowed goal meant little in the grand scheme of things. Chelsea later went on to win 1-0 with a goal from Mason Mount. But that’s not the point.

Everything that’s wrong with this garbage video system in a nutshell. Werner has both feet behind Robertson but because he is leaning forward on his way to score his sleeve is given offside. Such a load of crap. At worst he’s level. Wrong in every respect. Penalised for momentum. pic.twitter.com/f1LDEeDJsr

These decisions are actually getting worse and worse every week now. 😂

Werner. Offside for showing intent in his body language. The game is gone.

VAR was a controversial addition to football, which has divided opinion ever since its introduction. However, having been successfully implemented at the 2018 World Cup and foreign leagues, many were encouraged that it would be useful to English football.

It hasn’t panned out that way. Instead of removing refereeing errors from the game, it has amplified them to the point where we are seeing inexcusable decisions week in week out.

No matter what you think of VAR, surely no one wanted it to be as pedantic and joyless as this. Was Mario Lemina’s ‘handball’ really a handball? Was Timo Werner really gaining an unfair advantage because some of his dead skin cells were slightly ahead of Andy Robertson’s boot laces?

We can only hope that something changes before the constant barrage of VAR nonsense kills the game.

On the subject of VAR controversy, check out ten of the most hotly debated VAR decisions in the Premier League. 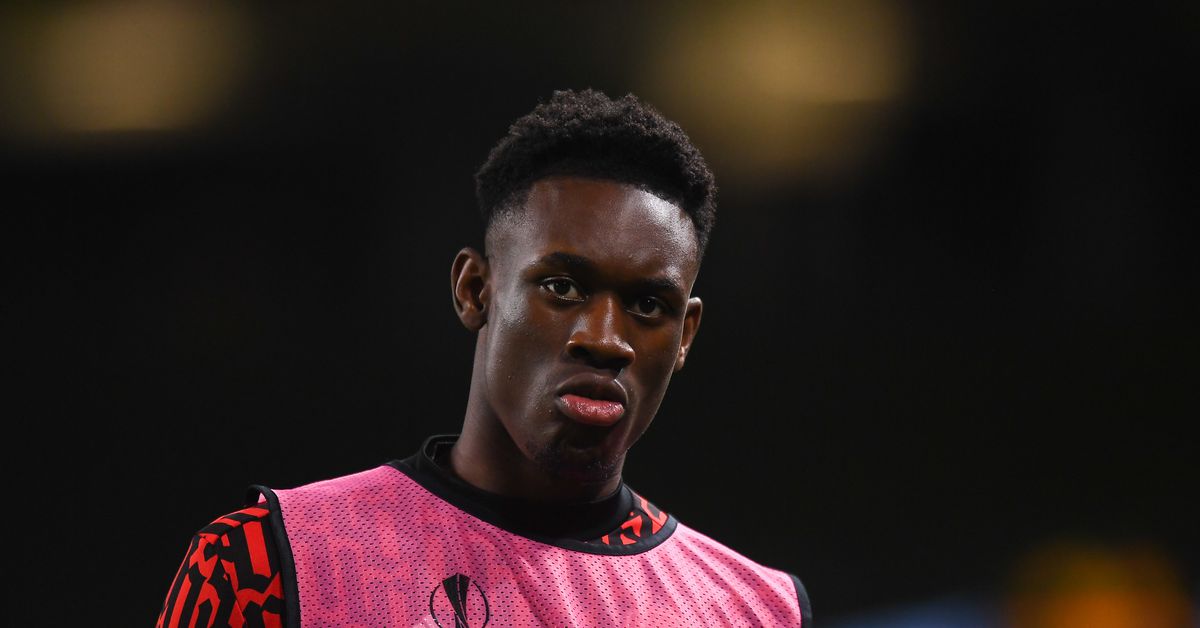 Folarin Balogun “on the cusp” of contract extension with Arsenal