Harry Kane was withdrawn with a knock after netting twice in a 2-0 home win to put Tottenham in command of their Europa League last-16 tie with Dinamo Zagreb.

A first leg of few chances threatened to cause Spurs some problems, although Kane’s breakthrough strike after 25 minutes settled the nerves.

Jose Mourinho’s side were still kept on their toes approaching the final 20 minutes, but Kane added another and the hosts protected a vital clean sheet ahead of the second leg.

Before then they face Arsenal, though, and the late substitution of Kane, nursing his right knee, caused Mourinho concern.

The one moment of genuine quality in an energetic first half provided the opener as Erik Lamela shrugged off Lovro Majer’s challenge on the edge of the Dinamo box before advancing into the area, feinting away from two defenders and stabbing against the post.

Kane, who had started the move in his own half, was on hand to calmly slot the rebound into the net.

Pressure built on the Dinamo goal in the second period, but Tanguy Ndombele was denied a penalty after tangling with Majer, while the visitors threatened on the counter on occasion.

The failure to add to Tottenham’s lead prompted Mourinho to introduce Gareth Bale, who immediately crossed for fellow substitute Steven Bergwijn to volley goalwards, drawing a low Dominik Livakovic save.

Of course it was Kane who stole a precious second, though. Serge Aurier’s volleyed cross was miscontrolled by Kevin Theophile-Catherine, allowing the striker to steady himself before firing low past Livakovic.

Only Arijan Ademi’s foul on Kane could halt the forward, prompting a free-kick, which Livakovic saved well from Bale, before the two-goal talisman’s withdrawal.

What does it mean? Spurs still on track

Mourinho has repeatedly talked up Tottenham’s Europa League exploits this season and, with their league campaign not going entirely to plan, he will be keen to extend this adventure for as long as possible.

This was a game Spurs were always expected to win, but Dinamo had conceded just three times previously in the competition this season. A hard-fought 2-0 victory should tee up an aggregate triumph.

In taking his 2020-21 tally to 26 in all competitions, Kane has now topped his totals from his previous two campaigns (both 24). Do not expect him to stop there, even if Ademi’s kick was not appreciated.

The England captain is not just outperforming his past achievements, though. He leads all Premier League players for goals (26) and assists (16, tied with team-mate Son Heung-min and Kevin De Bruyne) this season.

Midfielder Majer had been involved in five prior goals in the Europa League this term, but he failed to attempt a shot or create a chance here and was instead caught out at the other end.

Lamela was far too strong for his opponent moments before the opener, while Majer was slightly fortunate to see the referee deem his clumsy clash with Ndombele legal. He soon made way with 26 minutes to play.

Tottenham head to rivals Arsenal on Sunday before next week’s trip for the second leg against Dinamo, who visit Varazdin in league action this weekend. 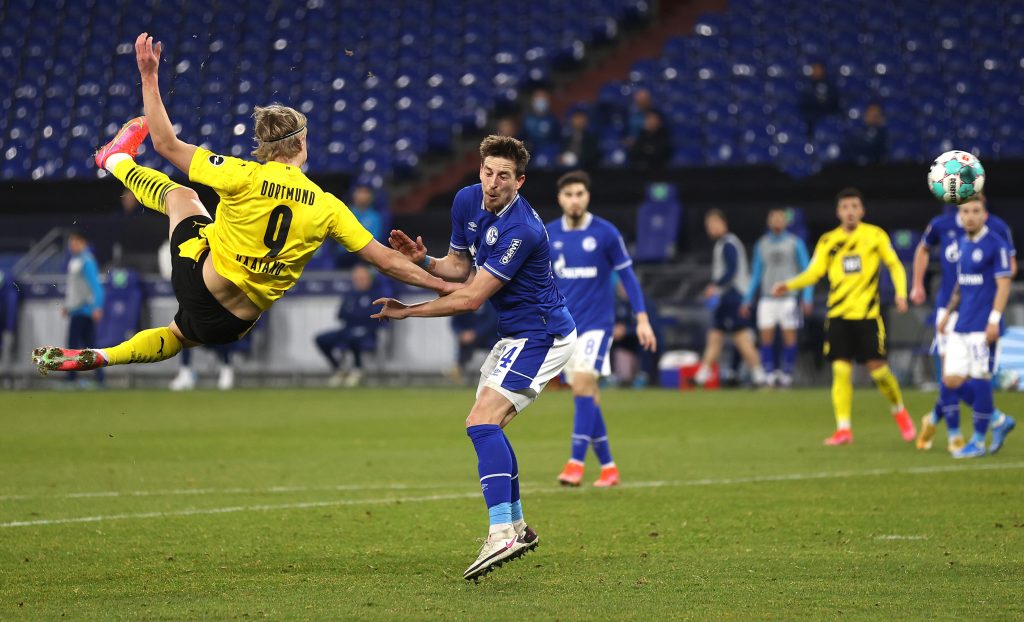 Haaland tipped to remain with Dortmund for another season | Sportslens.com