The beauty of hockey — it can sprinkle stardust on an ugly game and turn it into something wondrous and magical as well as any Disney studio.

If you like your underdogs, your David vs. Goliath or your Rocky vs. Apollo Creed, then Monday’s game at Scotiabank Arena was for you.

And yet, here we are. Thanks to the greatest comeback in Senators franchise history, they own their first two-game win streak of the season. From 1992-2021, an Ottawa team had trailed by at least four goals in a regular season game 240 times and this was the first instance the Senators emerged with a win.

“It’s hockey, anything can happen,” said overtime hero Evgenii Dadonov, who tied the game late in the third. “We didn’t stop playing.”

No, they left that to the Leafs.

A shorthanded goal by Nick Paul late in the second period gave the Senators hope.

“That was huge going into the intermission,” said winger Drake Batherson, who scored Ottawa’s first goal of the night. “The older guys told us through the second intermission to keep going. Anything can happen. And we showed it there by tying it up.”

After that same penalty kill featuring the Paul goal, defenceman Artem Zub emerged from the penalty box and scored his first NHL goal on a breakaway. A gorgeous deke from a player brought over from the KHL for his defensive play. Now, the magic was surely in the air.

Joy can be fleeting in a condensed, pandemic hockey schedule, however. The Senators beat the Winnipeg Jets 2-1 on Saturday in the dying seconds of a Hockey Day in Canada game, then the smiles were wiped off their faces while getting routed for the better part of 40 minutes of a 5-1 game against the Leafs. Play was as lopsided as in any Ottawa game this season, but as head coach D.J. Smith would say afterwards, his team was due for a break after losing some heartbreakers earlier in the schedule.

Now, the question is can they build momentum from a miracle? Or was it a mirage?

What do the Senators do for an encore?

Before this dramatic turn of events in Winnipeg and Toronto, things looked dire. Starting goaltender Matt Murray was injured and backup Marcus Hogberg was essentially put on notice that he had to turn in a solid game against Winnipeg or the club would find other options.

Hogberg was brilliant in the 2-1 victory against the Jets, and while he yielded five in the early Leafs onslaught, he didn’t give up a sixth. Several stops in the third period and overtime were spectacular, including outlasting Mitch Marner on what could have been the goal of the year if he’d pulled it off. On the night, Hogberg stopped 33 of 38 Toronto shots.

On the face of it, a team that had a 2-12-1 record as recently as Saturday morning, would seem likely to be in a state of inertia. It would be easy to get paralyzed into numbness, and just ride out the string, hoping that the months pass quickly so the Senators could turn a page. Play the kids, draft well, move onto next year.

Instead, general manager Pierre Dorion is trying to manage his way out of this latest crisis. Goaltenders have been moving in and around the roster and taxi squad like chess pieces wielded by Beth Harmon. And on the weekend, Dorion moved out two pending unrestricted free agents, forwards Alex Galchenyuk and Cedric Paquette, in exchange for a third pending UFA, former Senators winger Ryan Dzingel.

Don’t look now, but the Senators are 2-0 since making the trade! (Never mind that Dzingel is in COVID-19 quarantine and won’t play until March 1).

As it did in the off-season, Murray’s phone is buzzing.

For starters, Dorion and Smith had to deal with the loss of their No. 1 goalie. Most frustrating about the injury, Murray had only just begun to find the form that Dorion was hoping for when he traded for Murray back in October and signed him to a four-year deal. Murray got hurt in a collision with his own defenceman, Nikita Zaitsev, in Winnipeg last Thursday.

That left the job to backup Hogberg, a frightening proposition considering Hogberg couldn’t seem to find his angles or his net in his seven previous season appearances. But in his eighth game, Hogberg delivered the most inspiring Ottawa performance of the season, stopping 30 of 31 shots (a save percentage of .968) while his teammates got him a last-second goal, a redirect by Brady Tkachuk, to stun the hometown Jets.

Murray practised with the team on Monday and could be back as early as Wednesday. Look for Murray and Hogberg to split the remaining games of the Toronto series, Wednesday and Thursday.

When goaltender Joey Daccord was recalled from AHL Belleville after just one start, a 5-1 loss in Laval on Friday, and moved from the taxi squad to the active roster to backup Hogberg in Toronto on Monday, he became the third different backup the Senators have used.

When Dorion flipped out Galchenyuk and Paquette to Carolina in exchange for Dzingel, there were those who wondered if he was simply rearranging deck chairs on a certain ship that need not be named.

In fact, the move does shake things up around the Senators room. Dorion is letting his group know that he is not going to stand idly by while they lose the bulk of their games, even if they have played much better since their turnaround game in Montreal on Feb. 4.

If the GM can improve the team week to week, even marginally, he will, while recognizing he can always flip out veteran players at the deadline to acquire draft picks or prospects. Clearly, the Hurricanes wanted Paquette and took on Galchenyuk just so Ottawa could dump the contract (one year at $1.05M). Galchenyuk was promptly put on waivers by Carolina before being traded to the Leafs. Fortunately for him, he remained in Ottawa at the time of the trade and so can move to Toronto without facing a cross-border quarantine.

Dzingel, 28, was a two-time 20-goal scorer while with the Senators in his first go-around (23 in 2017-18, 22 in 2018-19). He should have some familiarity and comfort with the organization that drafted him out of Ohio State in 2011 (seventh round, 204th overall), although there are only a handful of players left from the Ottawa team he knew two years ago.

Dzingel said he believes he will get more opportunity with Ottawa than he did in Carolina.

“It’s been a crazy few days and I’m just excited to be back,” Dzingel said on a Zoom call with reporters on Tuesday. “I think anytime you get a second chance in anything in life it’s pretty special, so I’m looking at things with a different lens right now.

“Other than this 14-day quarantine, being stuck in the Brookstreet (Hotel in Kanata), I’m excited … to get this thing going in 12 or 13 days when I get out of jail here.”

Dzingel can practice with the Senators on Feb. 28. The team’s next game after that is March 1 vs. Calgary.

As we mentioned last week, the Senators are sure to be busy at the trade deadline, and even beforehand, with as many as nine pending UFAs on their roster. Now they are down to eight. Dzingel will get his chance to help his old team, but is also a deadline trade option.

Why did Dorion sign so many veteran castoffs in the off-season? As near as we can figure, he was auditioning players who should have been motivated to salvage their careers, to see which ones might work out, and either complement the youth corps or push them to be better.

Some have. Winger Austin Watson has come in and been a well-conditioned, gritty, useful bottom six forward.

Not so much for Galchenyuk, Paquette or centre Derek Stepan, who would like to be accommodated with a trade closer to his family in Arizona if possible.

Defencemen Braydon Coburn and Josh Brown have played their way out of the lineup.

Erik Gudbranson has played important minutes for Ottawa, and looked to be in a good pairing with Erik Brannstrom until Brannstrom got hurt.

Dadonov was no castoff, but a significant free agent signing at three years at a $5-million AAV. With his pair of goals on Monday, Dadonov has surged to lead team scoring with six goals and is looking effective with Colin White and Paul, arguably the Senators best line of late.

Now, the teams get to do it all over again. Those pesky Senators, with three of their four victories registered against their eastern rivals from Toronto (2) and Montreal (1) will be tested by the Maple Leafs in Wednesday’s rematch.

They might not want to risk a four-goal deficit this time, but then again, the Senators have trailed in all of their victories this season. 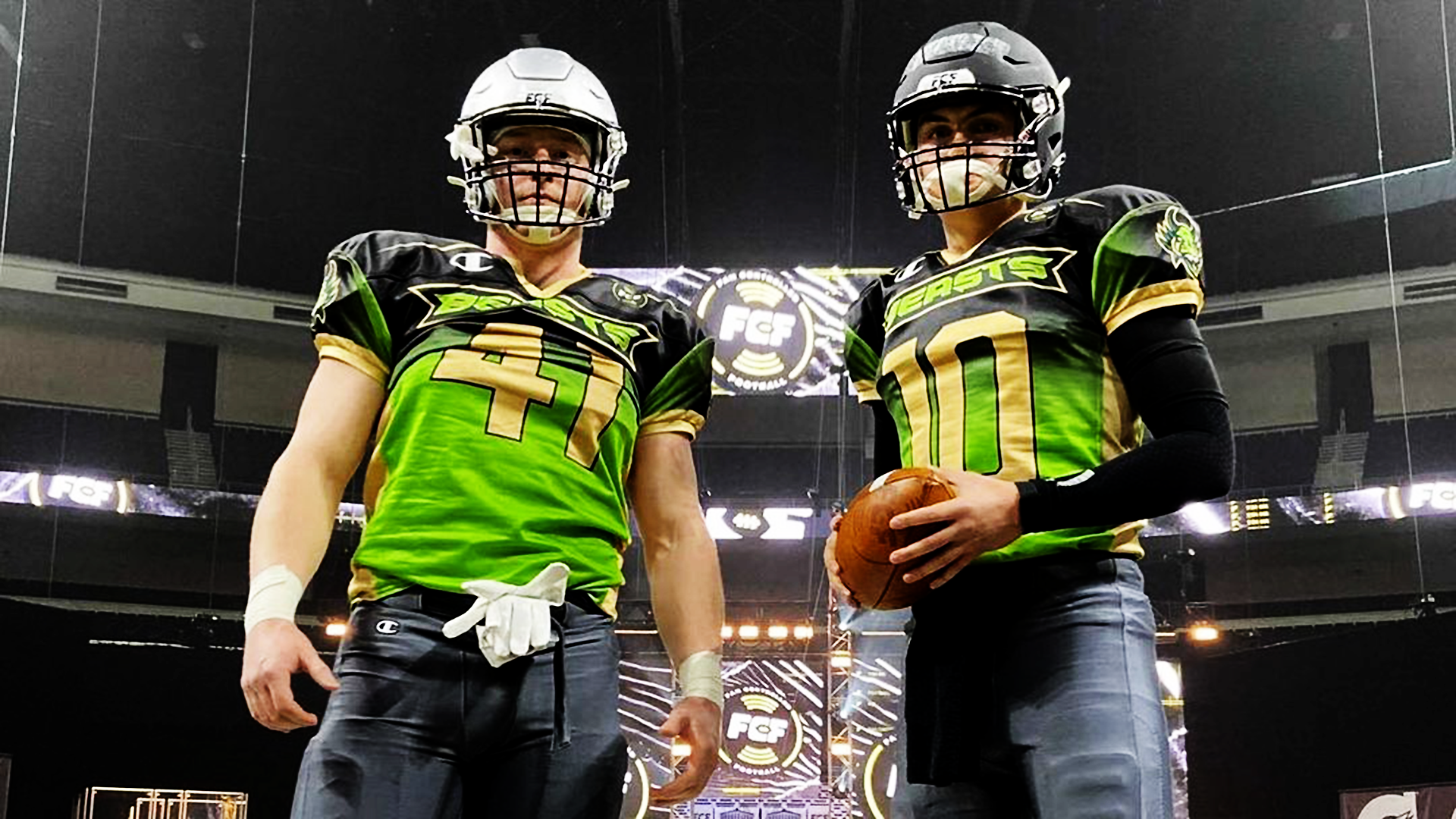 Fan Controlled Football league salary: How much do the players get paid?