Carl Frampton announced his retirement last weekend, becoming the latest British boxing star to recognise when the time was right to walk away from the sport…

Frampton found himself in a position that many others before him had experienced. That moment of realisation that the skills that had enabled him to climb to the summit of world boxing were no longer at the elite level, that a journey that had consumed his life since a young boy had come to an end.

Frampton joins 24 other British boxers in retirement to have held a world title this millennium, many of whom found themselves leaving the sport after a telling final fight.

Lewis had already built a resume worthy of the hall-of-fame before he faced Vitali Klitschko at the Staples Center, Los Angeles in June 2003. The bout came 12 months after his last appearance, a knockout victory over Mike Tyson.

Klitschko was a late replacement for the injured Chris Byrd, and he troubled Lewis early on, winning the first two rounds clearly, landing some thunderous shots that seemed to wobble the 38-year-old Brit.

The pivotal moment came at the start of the third round, a crunching right hand from Lewis opening a deep cut above the left eye of the Ukrainian. The fight became a brawl with both boxers looking increasingly ragged and taking some huge shots. Klitschko’s vision had become a serious issue and the doctor called it off at the end of the sixth round. After this brutal battle, Lewis decided enough was enough, retiring while still recognised as the WBC and lineal world heavyweight champion.

In a fight that was billed as “Battle Of The Superpowers”, Calzaghe looked to preserve his unbeaten record against Roy Jones Jnr at Madison Square Garden in November 2008. The first round was a disaster for Calzaghe, who was floored by a forearm from Jones, but that was as good as it got for the American star.

Calzaghe put on a masterclass in front of some Hollywood A-Listers. A horrific cut to Jones hindered him from round seven onwards and Calzaghe eased himself to a wide, unanimous points win at boxing’s most iconic venue. Three months later Calzaghe confirmed he was hanging up the gloves, having fulfilled a string of dominant wins. The Welshman retired with a perfect 46-0 record and was widely considered the greatest super-middleweight of all time.

The hugely popular Mancunian had been out of the ring for over three years when he decided he had unfinished business. His last bout had been a second-round knockout defeat to Manny Pacquiao in 2009. Up to that point Hatton’s only other loss was against Floyd Mayweather during a career in which he had become a two-weight world champion. His opponent at the Manchester Arena in November 2012 was Ukrainian Vyacheslav Senchenko.

The fight started well enough for Hatton, as always the aggressor. But the timing of old was not there and as the rounds progressed, he was beginning to get out-boxed.

In round nine, a left hook to the body, a shot Hatton was renowned for, sent him to his knees. In an emotional ending, Hatton could not beat the count. For ‘The Hitman’, this was the closure he needed, knowing that he no longer had the attributes required to regain a world title.

Froch was a three-time world champion by the time he faced George Groves in a Wembley rematch in front of a massive 80,000 attendance. The Nottingham man’s WBA and IBF world super-middleweight titles were at stake in May 2014.

Despite a fiery build-up, there was a slow-burning start to the return bout in comparison to their dramatic first encounter. But a closely contested fight was suddenly ended in round eight when Froch landed what he described as the best punch of his career, a straight right-hand that sent Groves crumpling to the canvas.

This sweet victory was not expected to be the end for the 36-year-old, but a farewell bout with Julio Cesar Chavez Jnr in Las Vegas fell through. Around a year after his momentous victory, ‘The Cobra’ called time on his 12-year career, after being unable to find a satisfactory opponent. Not a bad way to bow out.

Haye had his professional career mapped out. Win world titles at two different weights and retire before his 31st birthday. He had managed to achieve this, unifying the cruiserweight division before becoming WBA world heavyweight champion. A points loss to Wladimir Klitschko in 2011 triggered his first retirement at the age he had promised.

But Haye was soon to make a return, knocking out Dereck Chisora at Upton Park in 2012. Injuries prevented a mouth-watering fight with Tyson Fury and we did not see the Bermondsey man again until 2016.

He had reinvented himself as Hayemaker 2.0 and two low-key wins started off the comeback, paving the way for a big domestic battle with Tony Bellew in March 2017. After an aggressive start by Haye, an Achilles injury debilitated the Londoner, who was eventually pulled out by his corner in the 11th round.

Injuries put back the rematch until May 2018 and once the bell rang it was clear that Hayemaker 2.0 had malfunctioned. The speed and reflexes had diminished, the punch resistance all but gone. A stoppage defeat after five rounds was to mark the end of Haye’s successful career.

How Britain’s other champions bowed out

In total, 12 out of the 25 world champions Britain has produced this millennium have retired after a stoppage defeat, including George Groves, Brian Magee and Nathan Cleverly who were all halted attempting to defend world titles.

Tony Bellew was knocked out trying to regain world title status while Lee Haskins, Scott Quigg, and Enzo Maccarinelli are other world champions who all decided to walk away after losses via TKO.

Darren Barker and Ryan Burnett also departed after a defeat inside the distance although injury did play a significant part in these losses.

James DeGale, Stuart Hall, Junior Witter and Clinton Woods were defeated on the scorecards in their final bout, meaning 64 per cent of British world champions since 2000 have left the sport on a loss.

Departing boxing on a victory is often part of a low-key comeback, which was the ending for Alex Arthur and Glenn Catley. Prince Naseem Hamed managed a long-forgotten victory before walking away, while Gavin Rees exited the sport by gaining revenge in a domestic dust-up, and Anthony Crolla won a swansong bout.

📆ON THIS DAY: Nelson vs Sellers💥

He recovered from a knockdown to stop Ezra Sellers in the 8th round👊 pic.twitter.com/PdfNrupCvB

But British stars such as Lewis, Calzaghe and Froch did retire at the top, including Johnny Nelson, who bowed out as WBO cruiserweight champion after a hard-fought victory in Italy back in 2005.

In an unforgiving sport, Frampton had his final dance last weekend, but the lasting memories of the Belfast man will be from his triumphs as a two-weight world champion. 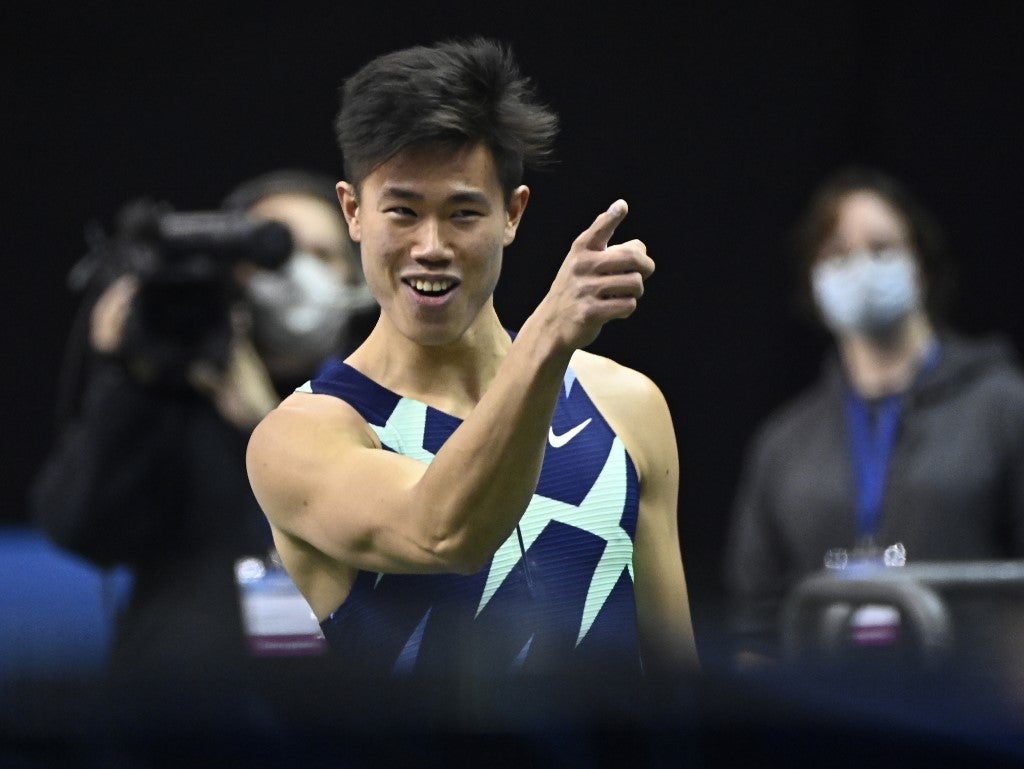