A 3️⃣-fer in our last game of the India leg, and another one in our UAE phase opener 👉🏼 Some things never change 🤩#DCvSRH #IPL2021 #YehHaiNayiDilli pic.twitter.com/9M8YJAsB0b

Opting to bat first SRH got the worst possible start as David Warner was removed in the very first over. Wriddhiman Saha and Kane Williamson tried their best to get SRH’s innings on the track but could not as Rabada removed Saha and Williamson was send back by Axar Patel. Manish Pandey also looked in good shape but could not get going as he was removed by Rabada. Abdul Samad and Rashid Khan gave SRH the much-needed finish.

On the other hand DC, Anrich Nortje picked two wickets giving away just 12 runs. Axar Patel also chipped in with 2 wickets. Kagiso Rabada was a bit expensive with the ball but took 3 wickets.

7th Over – Holder to continue from the other end. Dhawan is in no mood to stop, hits him for a boundary. 6 runs from the over.

6th Over – Rashid Khan to bowl the last over of the powerplay. Dhawan welcomes Rashid with a six through sweep shot. 11 runs from the over.

5th Over – Khaleel Ahmed has been replaced by Bhuvneshwar Kumar. Just 2 runs from the over.

4th Over – Jason Holder comes into the attack, Just 7 runs from the over as Dhawan smacks him for a four.

3rd Over – Khaleel Ahmed welcomed by Shaw with a four. Another boundary on the 3rd ball of the over. Khaleel strikes back with a wicket. Removes Shaw on 11.

2nd Over – Bhuvneshwar Kumar is bowling the 2nd over, give 8 runs. Dhawan hits a four

1st Over – Khaleel Ahmed starts with just 4 runs from the over.

3⃣ wickets for @KagisoRabada25
2⃣ wickets each for @AnrichNortje02 & @akshar2026

20th Over – Avesh Khan to bowl the last over. Starts off with 2 wides. Bhubaneshwar Kumar smokes inside-out shot for a boundary. Takes a single to give the strike to Rashid. Rishabh Pant effects two run out in the last over.

19th Over – Samad welcomes Rabada with a boundary. And Rabada strikes back with a wicket. Samad departs on 28 from 21 balls. Rabada takes his 3rd wicket. Rashid Khan hits Rabada for a six over point. Another boundary for Rashid. 14 runs from the over.

18th Over – Anrich Nortje is back into the attack and he bowls a tight over of just 4 runs.

16th Over – Axar has the ball in his hands. And he takes the wicket on the 1st ball, Jason Holder departs. Rashid Khan joins Samad in the middle. 7 runs from the over as Rashid hits a four.

It’s raining wickets in Dubai! ☝️@akshar2026 strikes as @PrithviShaw completes the catch. 👍 👍 #VIVOIPL #DCvSRH #SRH in all sorts of trouble as Jason Holder gets out.

15th Over – Rabada is back into the attack. Bowls a no-ball and Jason Holder hits a six on the free hit. 12 runs from the over. Good over for SRH.

14th Over – R Ashwin is back with his 3rd over. Jason Holder has joined Samad in the middle. Just 4 runs from the over.

13th Over – Anrich Nortje is back into the attack. Takes the wicket of Kedar Jadhav and gives just 3 runs

Another one bites the dust! @AnrichNortje02 scalps his seocnd wicket of the match. 👌 👌 #VIVOIPL #DCvSRH #SRH 5 down as Kedar Jadhav gets out LBW.

12th Over – 5 runs from Ashwin’s 2nd over. Can Samad and Jadhav take SRH to a good score

11th Over – Kagiso Rabada comes back into the attack and take the wicket of Manish Pandey. SRH is losing it here. They are in desperate need of a partnership. 5 runs from the over with a four from Samad.

.@DelhiCapitals are on a roll here in Dubai! 👌👌@KagisoRabada25 strikes to remove Manish Pandey. 👍 👍 #VIVOIPL #DCvSRH #SRH 4 down.

10th Over – Spin from both the ends as Axar comes in with his 3rd over. Shaw drops an easy catch of Kane Williamson. But on the very next ball, Hetmyer takes a beautiful catch on the boundary line. Kane departs on 18. Three runs in the over.

9th Over – Marcus Stoinis will be bowling his 2nd over. Stoinis looking in trouble out there. Stoinis has left the ground. R Ashwin to continue the over. Williamson welcomes him with a four. Ashwin bowls a no-ball and Manish takes full advantage of it by smashing it for a four on the free hit. Everything happening here. Pant drops an easy catch on the last ball. Kane Williamson survives.

That doesn’t look good. Seems like Stoin has pulled a muscle there 😣

Physio Patrick Farhart is out in the middle as we go into a Timeout.
#DCvSRH #IPL2021 #YehHaiNayiDilli

8th Over – Axar Patel is bowling quick overs for DC, just 4 runs from the over. SRH need to find a way to score runs.

7th Over – Marcus Stoinis comes into the attack, Just 6 runs from his first over here.

6th Over – Manish Pandey joins captain in the middle. Avesh Khan is back with his 2nd over. Another high over by DC, just 3 runs from the over.

12 balls into #IPL2021, and Anrich Nortje already has the TOP 6⃣ Fastest Balls of the Tournament 🔥🔥🔥#DCvSRH #IPL2021 #YehHaiNayiDilli pic.twitter.com/36KQcxrxab

5th Over – Kagiso Rabada is in the attack and Saha again welcome him with a six. But Rabada bounces back with four dot balls and end with a wicket of Saha.

4th Over – Axar Patel is into the attack and Saha welcomes him with a boundary. Why would you bowl your spinner in powerplay when the pacers are doing great? Just a Rishabh Pant thing I guess. 7 runs from the over.

3rd Over – Anrich Nortje comes back with his 2nd over. Just 4 runs from the over. He is bowling at lethal pace.

2nd Over – Avesh Khan gets the new ball. He has 14 wickets to his name in the first phase. Shaha smashes a boundary by point. 6 runs from the over.

Saha crunches a cut for four 🔥

1st Over – Anrich Nortje takes the big fish, removes David Warner in the first over. Kane Williamson joins Saha in the middle. Big appeal against Kane Williamson and DC are reviewing it. DC lose the review as there is a bat edge. Kane ends it with a four. 6 runs from the over.

Sunrisers Hyderabad captain Kane Williamson won the toss and opted to bat first against Rishabh Pant’s Delhi Capitals here at the Dubai International Cricket Stadium, Dubai on Wednesday in the 33rd match of the IPL 2021. R Ashwin is playing for Delhi Capitals. The off-spinner made a comeback into Team India for the T20 World Cup.

The #DCvSRH promises to be a mouthwatering contest, with so much talent at the disposal of both the teams. 💪 💪

Both Team Captains at the toss

Kane Williamson: We will bat. Looks like a good surface, important for us to assess conditions first up and get some runs on the board. It’s a chance to regroup and want to put up a much better performance. Holder, Rashid, Warner and myself are the four foreign players.

🎶 Guess who’s back, back again
Shreyas’ back, tell a friend 🎶

Rishabh Pant: We were thinking of bowling first. We were gonna chase anyway. We are looking to focus on the process and take one match at a time. Overseas players are Nortje, Rabada, Stoinis and Hetmyer. Ash is playing as well.

Follow Live Updates Delhi Capitals’ regular captain Shreyas Iyer is all set to return to Playing XI after a long injury lay-off but he will have to play under Rishabh Pant as he has been given the green signal to lead the side despite the former’s presence. While it will be an uncomfortable situation, the eyes will be on whether Steve Smith find a place in DC’s Playing XI against Kane Williamson’s Sunrisers Hyderabad on Wednesday.

Pumped up. Geared up. We’re on our way to kickstart the second half of the season ✅

Hello & welcome from Dubai for Match 3⃣3⃣ of the #VIVOIPL! 👋@DelhiCapitals, led by @RishabhPant17, will take on Kane Williamson’s @SunRisers. 👍 👍 #DCvSRH

Which team are you rooting for tonight❓ pic.twitter.com/DZWLDhqhjf

With no Shreyas Iyer in Phase 1, Steve Smith entered the Playing XI in the expense of Ajinkya Rahane while Anrich Nortje also had to sit out due to foreign players’ rule. Smith wasn’t impressive in the six matches that he played. His highest score was 34 and he averaged just 26 with a strike rate of 111.82. It was Delhi openers Shikhar Dhawan and Prithvi Shaw who scored the bulk of runs with little help from Rishabh Pant and Shimron Hetmyer.

DC Playing XI vs SRH IPL 2021: But Steve Smith has come to IPL Phase 2 after recovering from an injury with the hopes of playing and get back to form ahead of the T20 World Cup. Considering that, it remains to be seen if Delhi Capitals manage to make a place for him in the team. But it will be difficult.

DC Playing XI vs SRH IPL 2021: Why it is difficult for Steve Smith to feature?

DC Playing XI vs SRH IPL 2021: Considering that, it is likely that Steve Smith will sit out while Shimron Hetmyer will be retained in Playing XI. However, the good news is that Shreyas Iyer will be back. It will be a major boost for DC’s top-heavy batting. In IPL 2020, Iyer slammed 519 runs in 17 matches at an average of 34.60.

As DC have often struggled after an excellent opening partnership, Shreyas Iyer can provide the solidity at No 3 and anchor for a big total while Hetmyer, Rishabh Pant and Marcus Stoinis can play quickfire knocks.

DC Playing XI vs SRH IPL 2021: As for the bowling department, having Anrich Nortje and Rabada both will be important as the Dubai International Stadium pitch offered plenty of assistance for pacers with the new ball. Trent Boult and Adam Milne took full advantage of that against CSK on Sunday.

Kraken expansion draft to set milestone for city of Seattle 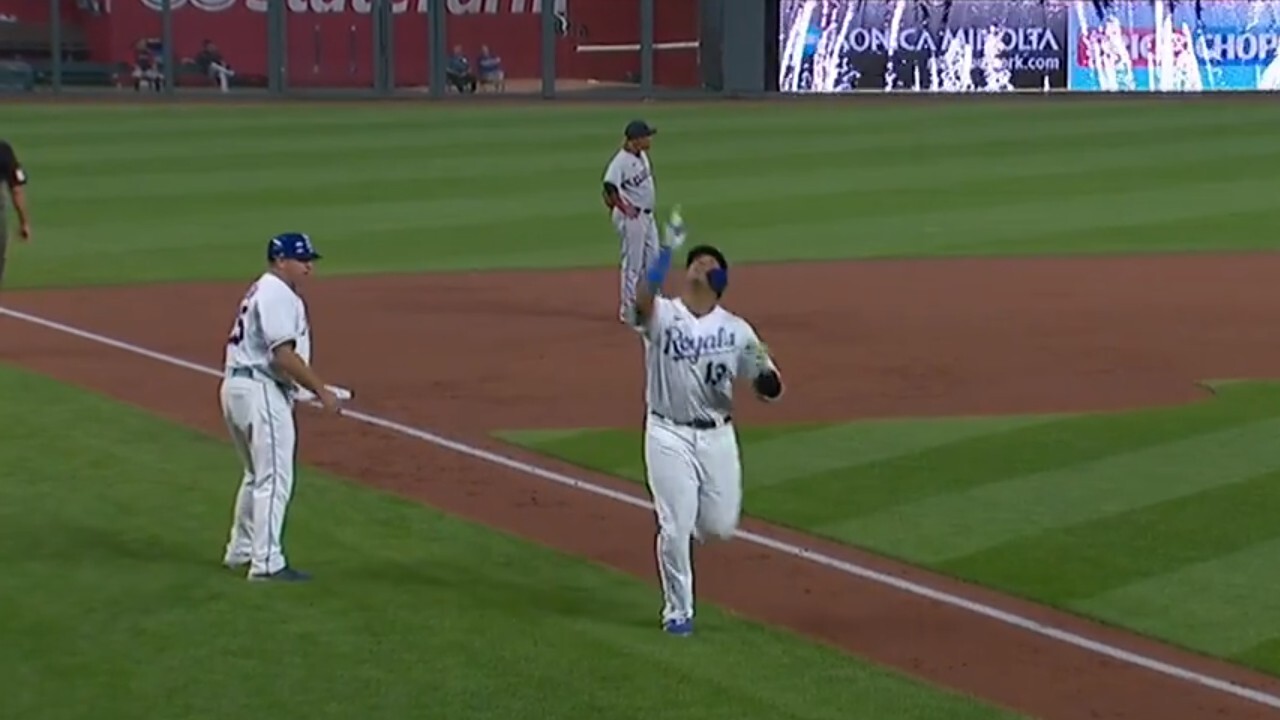