I see very little of myself in ice dancing, the bodies or narratives. But I can still be fully absorbed in a way that allows me a temporary escape from (and with) my disabled trans body.

Sometimes I can’t talk. I have a bunch of mental illness and one of the manifestations is I can’t always get my words from the back of my brain to the front, let alone out of my mouth. I’ve taught my roommates some basic ASL — yes, no, water, touch — and I’ve also taught them to not be worried if I sign a bunch of stuff they don’t understand. It feels good to know I can express myself, even if no one’s receiving it.

When I’m in one of these states, I will burrow under a weighted blanket and go full media loop. I never really got into fantasy, but at some point, I had a rough winter and someone suggested I watch Lord of the Rings and now I can recite the extended versions. There was one July where the only thing I can remember is NASA documentaries. What ties together my obsessions are effort, impossibility, collaboration and unmitigated success. I need to know I’m going to be okay, and that me trying my absolute hardest while being supported by my friends and communities is enough to get me there. In some ways, that’s true. I am scrappy and joyful and loved. Also, my brain chemistry is a mess. Support and management skills and therapy only go so far.

I’ve always been obsessed with the Olympics. I grew up feeling pretty neutrally about sports. We watched a lot of baseball and I played everything I could, but only until playing would have meant I’d have to stay after school every day. But the Olympics were special. My bedtime was lifted and TV time was unlimited. I have incredibly strong memories of eating pizza on the living room carpet as the sunset poured through the windows and my parents and I, who have very few overlapping interests, screeched at every leg of every relay. My mom and I had crushes on Apolo Ohno; my dad and I were deeply fascinated by curling. It stayed with me. As an adult, my engagement with sports has predominantly been making my friends go to minor league baseball games in the summers, but for two and a half weeks every two years, I become hyper-invested. I made the kids I babysit watch the opening ceremonies. I made friends who showed even a vague interest in any Olympic sport multi-page primers. I once had a very difficult months-long work trip where the best and clearest memory I have is going to a bar alone in South Carolina and silently bellowing at the end of every race.

But it really coalesced at the PyeongChang Winter Olympics in 2018. It was the first time I had cable as an adult. That was mainly exciting for sitcom finales and the Scripps National Spelling Bee, but when the winter rolled around my roommate and I pretty much moved onto the couch. Everything was thrilling, including the sports I had a negative interest in. I’m naturally contrarian in pretty much every area of my life, but I rooted for whoever the announcers seemed to like best. I learned words and rules and anthems. But nothing came close to how I felt about Tessa Virtue and Scott Moir.

Of all the sports I would have thought I might fall for, ice dancing would have been fairly low on the list. I feel ambivalent about dance, and any chance of public embarrassment deeply upsets me. I don’t know how it started — I think it must have been my roommate, or maybe Twitter — but there was no ramp-up to my obsession. There was just before Virtue and Moir, and after. Their gold medal-winning performance to a medley from Moulin Rouge electrified me. Every motion was in control, every sparkle was in place, every muscle had been trained for this moment. The drama was tremendous. They lip-synced and never stopped looking into each other’s eyes, into what seemed like each other’s souls. I very much fell into the conspiracy they were in love and watched their big semi-censored move on repeat. I made all of my friends watch the routine so I could watch them watch. Even my roommate, who was more fully entrenched in fandom than I was, made fun of me. I had the time of my life.

I’m extremely lucky in my pandemic living circumstances, and also when my roommate told me they were going to hang out in the woods for a week I shrieked with joy. We’re both huge introverts but we also live in New York so there’s only so much room for physical distance. The day before they left, I got some news that set off a mental illness chain reaction. In an instant, my week went from being about fun to being about how to get through. Lists of songs I had planned to scream along to while jumping on the couch were replaced by lists of management skills; writing projects were replaced by lavender-scented candles.

The day they left, I was desperate for a distraction. It had to be all-encompassing, but not make me think about anything at all. I went for bright colors and big, simple emotions. I watched Romeo + Juliet, I watched Chicago and then I remembered Moulin Rouge. I’d never seen it before, but it seemed like it would fit the bill. Afterward, when I was rewatching scenes, I remembered the Virtue and Moir routine. I went and found and watched it. Then I watched it again. Then eight more times.

The next morning, I realized it was untenable to watch the same eight minutes and fourteen seconds on repeat for an entire week. I also realized it was untenable to do anything else. So I expanded. First, I started watching other Virtue and Moir routines. Then, other big deal teams. Very quickly I moved to watching full competitions. Ice dancing, pair dancing, singles. Competitions shifted into interviews faded into compilation videos. My favorites were the exhibition galas where skaters could do whatever they wanted. I no longer cry when I watch the international dance from the end of the PyeongChang 2018 gala, but that’s a recent development.

Like Lord of the Rings and manned space travel, ice dancing has everything I need for a full-on distraction. The precision, grace, spectacle and knowledge of how long and hard the dancers worked for these few minutes. The ways they have to operate both exactly and exactly together. The unending love it must take to work that hard.

But maybe the deepest part of why ice dancing is a perfect distraction is professional ice dancing is straight and cis and I am not. Ice dancing is selling a story, and that story is straight cis romance. This is not exclusively true — Maia and Alex Shibutani, the 2018 bronze medal winners from the US, are a sibling team — but it is pretty overwhelming. We all know the story of straight romance. We grew up learning it at school, at the movie theater, in the library. Most of us grew up learning it at home. There are a million different versions of it, but at the very heart, the structure remains: boy meets girl.

I am neither boy nor girl. I will not meet or be met. Part of me wants to say I’m also not romantic, but I once dropped that in passing and both my sister and the person I was dating at the time whipped their heads around and stared at me with gigantic eyes, cartoon-style. But the way I experience romance doesn’t line up with straight romance. Elements may be the same — I will invariably melt if you bring me flowers — but in general, my idea of romance is only tangentially connected to what I was taught it should be. I’m not sure my dates would be recognizable as dates to straight people, let alone the ways that I have sex.

But I know the beats. The eye contact, made and unmade, full of meaning and pretending not to be. The ways that the backs of hands brush. The lifts where touch is both fully present and unacknowledgeable. These things exist in trans and queer romance, too, but the context is so different that the overlap is more physical than conceptual.

When I watch ice dancing, I can be wholeheartedly invested because I am not implicated. I understand the narrative, but I don’t exist within it. It’s not just that I’m genderqueer; it’s that I’ve medically transitioned, and there are no Olympic ice dancers with bodies that even vaguely resemble mine. For most people, 2020 was the year of the pandemic, but it was also the year 20 different states proposed laws banning trans girls from participating in high school sports. Trans bodies are battlegrounds in athletics, and when I am trying to fantasize my way into feeling safe during intense mental illness, I do not project myself into a skirmish.

It’s not that there aren’t ways that I project myself into the dancing. I would, unsurprisingly, kill for the costumes. (This was a particular appeal of Moulin Rouge Virtue and Moir; both of them have outfits I’d wear in my daily life, although I take issue with her choice of earrings.) And I am, clearly, deeply dramatic. But it’s all so inaccessible. Beyond gender, I have bad joints and cannot touch my toes. In non-pandemic times, I go to a drop-in adult intro ballet, and I am the least graceful person in the room every single time. My disabilities are such that there’s no way I’d be able to commit the time and energy needed to become a world-class athlete.

My body couldn’t exist in that arena, and so when I watch, my body doesn’t have to exist at all. I say that I’m mentally ill, and that’s true, but mental illness really exists in the entire body. Its effects do not stop above your neck. Being trans is kind of unfeasibly cool, but transphobia is present in my life every single day, and it does not make having a body easy. Ice dancing is an all-encompassing break from reality. It does not confuse me, because I confuse it.

I made it through the week. When my roommate came back from the cabin, we did a lot of hugging and crying. They were too tired to really hang out, but they wanted the greatest hits from the past few days. (Greatest hits asked for very gently; they’d known what was up.) I pointed to the couch and picked up the remote. I’d made them watch the Virtue and Moir routine three years earlier, but it had a different weight this time. Throughout the next few weeks, I showed them a new routine every night before we went to sleep. They were interested, and into it, and they cared about how invested I was. But I don’t think it transported them. That was okay with me. For a week at the end of 2020, ice dancing kept me alive. My transness had connected me with an art form that helped me understand that I existed, and could continue to do so. Would continue to do so. Unlike most media I come across in these states, ice dancing hasn’t lost its shimmer. I still watch, and it still brings me joy. It grounds me in my body, and gender, and self. I’m grateful. 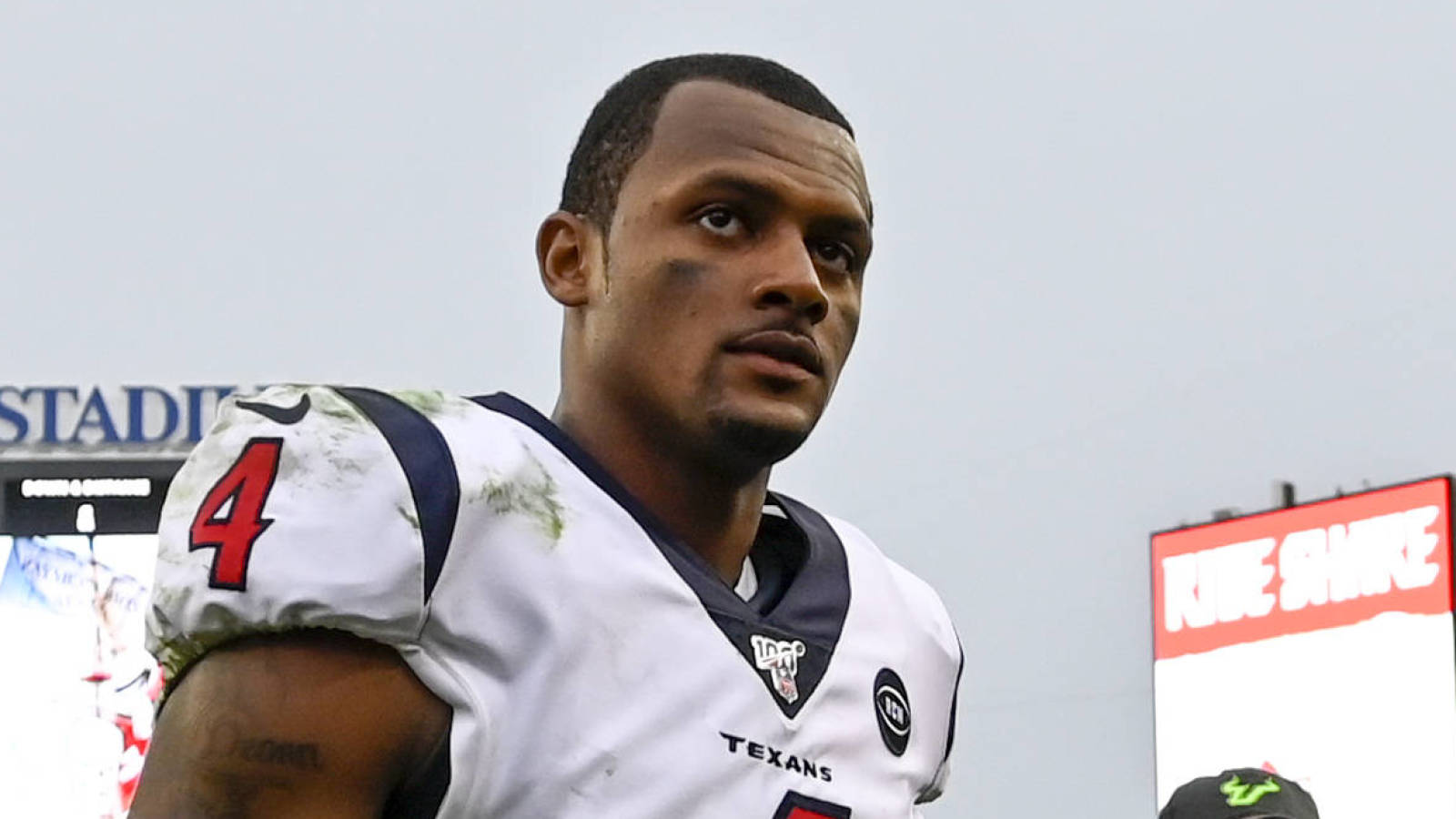