Ind vs Eng 1st T20: After suffering an eight-wicket loss in the first T20I of the five-match series against England, India batsman Shreyas Iyer on Friday said that the plan of his side is always to play maximum spinners as it is their strength.

England defeated India by eight wickets with 27 balls to spare here at the Narendra Modi Stadium. Chasing 125, Jason Roy and Jos Buttler starred with the bat as they played knocks of 49 and 28 respectively.

“Yes, obviously we practiced on this wicket before the match, the spinners were bowling. The ball was obviously turned on the practice wicket, very similar to the two-paced wicket we played on. Yeah, our plan is obviously to play maximum spinners as it is our strength, so we back that,” said Shreyas while replying to an ANI query during the post-match press conference on Friday.

Ind vs Eng 1st T20: Archer warns England, says ‘It was just the 1st game, can’t get ahead of ourselves

Ind vs Eng 1st T20: Earlier, Shreyas had played a lone hand as he scored 67 runs while batting at number five and this helped India post a score of 124/7 in the allotted twenty overs.

“See, coming into the Indian team, you have to very flexible in terms of what batting position you will be batting, to be honest, I haven’t made any changes as such, it’s just the mindset at what number you go at and what the team requires at that particular time. I just bat according to the situation and today it was just a challenging situation, we had to play our natural game and to see to it that we keep the scoreboard moving,” said Iyer. “We will not change our approach, see the batting lineup and power-hitters we have.

We really do not have to change anything, we have come with a plan and we need to execute it as much as possible, with the T20 World Cup, we need to see that we tick all the boxes. This is a five-match series and it is the perfect time to try different stuff and see whatever suits us,” he added.

Not our night. We go again on Sunday 🇮🇳 pic.twitter.com/rGJHlToJbd

Ind vs Eng 1st T20: When asked about his gameplan walking into bat with India at 20/3, Iyer said: “So, I knew Rishabh was playing really well, he had hit one six and four and my thought process was just to give him singles. That’s what we do in Delhi Capitals as well so he is the dominator at that time.

That was my mindset, I just decided that I will play ball-to-ball at that time. I think it worked on pretty well for me, but yeah, I think we had decided to reach about 140, but it did not work out for us as we kept on losing wickets but a lot to learn from this game.”

India and England will now lock horns in the second T20I of the five-match series on Sunday. 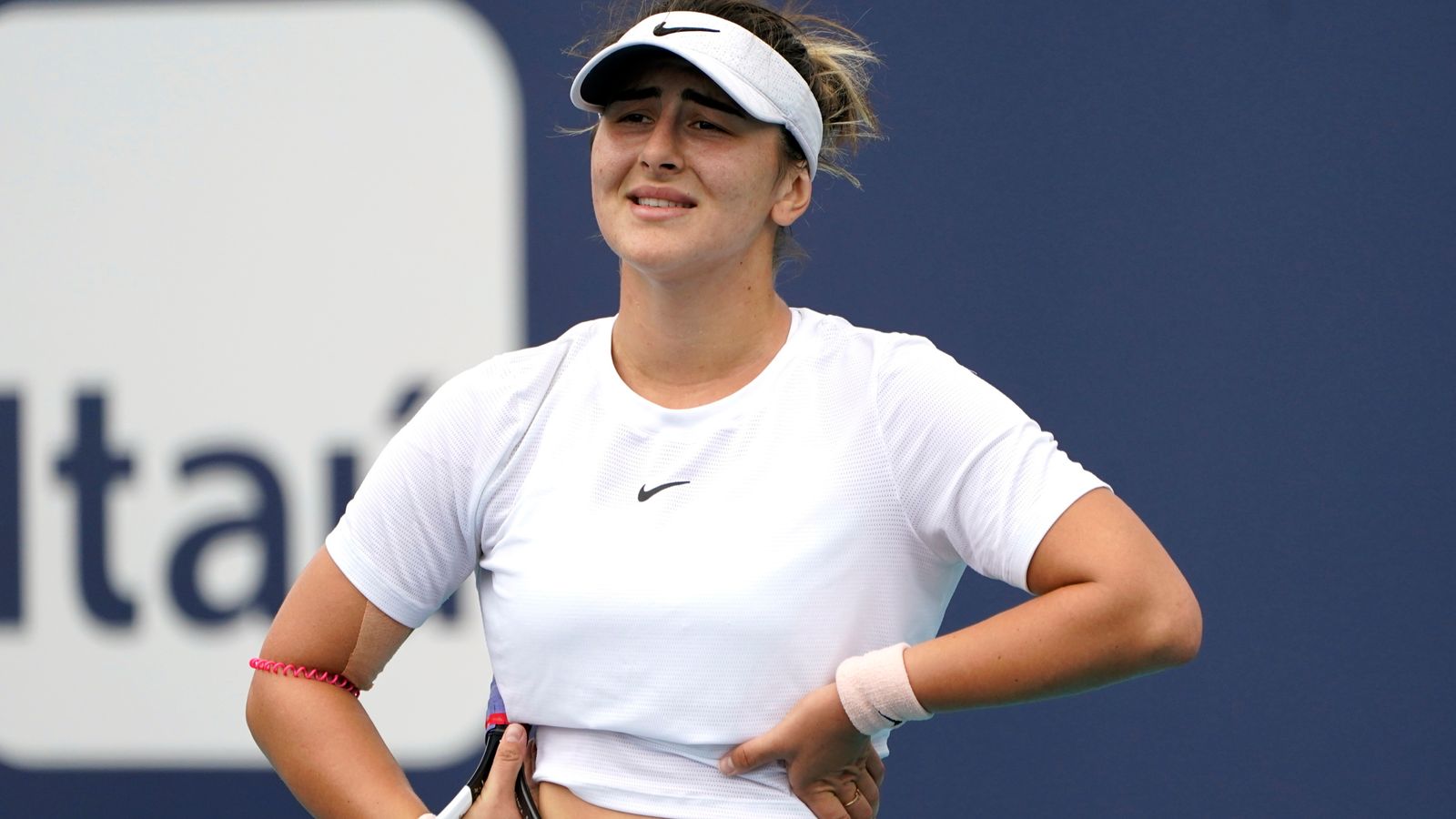 Miami Open: Bianca Andreescu frustrated with continued setbacks since returning to court at the Australian Open Tsitsipas eyes opening in Miami with Big Three out