More, himself an accomplished wicketkeeper-batsman and ranked below M. S. Dhoni (294 victims) and Syed Kirmani (198 victims) in Test match cricket, says Adam Gilchrist and Dhoni struggled initially before becoming world-class and that given time, Pant will emulate them.

Excerpts from an interview with Senior Journalist G.Viswanath for InsideSport.co

Q. What do you make of Rishabh Pant ?

Kiran More. Pant is very young. I still remember when M.S. Dhoni came into the fray, many people were critical of his selection. Many, in fact, called me. I was the Chairman of the BCCI Selection Committee and they asked me: “Where did you get this wicket-keeper from? All doubted his wicket-keeping quality and value. We first picked him for the ODIs (in Bangladesh in December 2004) and Test matches (against Sri Lanka in India in December 2005). The doubters simply questioned his ability. But look at the graph, which climbed. He turned out to be one of our best wicketkeeper-batsmen.

We were looking for a player who could bring value to batting at No. 6 / 7 and could also keep wickets in a decent way. This philosophy was followed initially for the ODIs. He went on to become the ‘keeper with the highest victims in international cricket in the history of Indian cricket.

Pant is young and only 23. We are judging him too early. He is a tremendous talent. When Adam Gilchrist came in, he also struggled initially as a `keeper. But he became a superman behind the stumps and in front. We have to give Pant time.

Everyone is looking at his wicket-keeping all the time. Naturally so. He needs to take those catches and effect stumpings. He cannot miss those at regular intervals.

When you look at his stats, it is very good. He is averaging a little over four victims per Test match now. This is pretty good, but he is still a work in progress as a ‘keeper. He is going to improve. He is a guy who likes challenges. He has batted very well in two successive series in Australia. Two years ago, he scored a century (159 not out in Sydney in January 2019) and in the recent series he made 97, 89 not out and 91. They were crucial runs. He made 29 in the Melbourne Test, and gave the momentum to Ajinkya Rahane, who scored a century.

All the others were in the shell and the partnership between Pant and Rahane improved the run flow. These are small but significant things from Pant and no one can ignore. It’s any captain’s dream to have a batsman at No. 6 or 7 like Pant.

Q. Why did the shift happen, the Indian selectors looking at a specialist `keeper to a batsman-keeper ?  The compromise is being made consistently.

A. I think the overall cricket has changed. Apart from Test matches, there were ODIs and Twenty20s. The captains demand a batsman-keeper. A team requires more all-rounders now.

Q. How would you describe Pant’s keeping to fast and seam bowlers?

A. I would say it’s very good. His agility is superb. There is a lot he has to do, though. No one is a complete wicket-keeper at his age. Talk about Shubman Gill or Prithvi Shaw, or any young batsman; you have to give them time. Ishant Sharma went through hell when he started his career.

Q. So, Pant is a work in progress for both seam and spin?

A. Of course. You have to trust him, even the captain. Pant should have been picked for the World Cup in England in 2019. He is a guy who can win matches single-handedly. One cannot keep on disturbing him. He is not going to get the confidence. Every time, there is a question mark against his keeping. He gets runs for the team. He wins Test matches for the team. Which other wicketkeeper-batsman has won Test matches single-handedly? Rishabh Pant has done it.

It’s not good to see him drop catches and miss stumpings. But is he doing it in every Test match? The other side of the argument is, is he helping the team win matches? Are the players and captain getting demoralised? Are we losing a Test series? If this is the case, then there is a question mark.

I rate Wriddhiman Shah very high as a wicket-keeper. But Pant gives the balance, it allows the captain to field an extra bowler. That’s the captain’s call. Pant did not play the first Test in Adelaide. He should have played. He is going to play all formats of the game for India in the next ten years. He is going to become a very good wicket-keeper.

Q. Do you think the BCCI should seriously think of appointing a wicket-keeping specialist coach to travel with the national team. There is so much cricket being played. Pant’s lapses have become visible. The Indian team has a head coach, batting, bowling and fielding coach.

A. Of course, a wicket-keeping coach is a must. I have been saying this for a long time. He is the heartbeat of the game; he carries the team. There are also the under-19 and under-23 national teams.

If there is a wicket-keeping coach, he will look after all the Indian teams including the Test team wicket-keeper.  We have Sanju Samson, KS Bharat, Anuj Rawat, Ishan Kishen and of course Pant.

The wicket-keeping coach needs to follow these guys. It’s not about coaching them alone, but to see what they are doing in the matches in the domestic tournaments and also at the National Cricket Academy. The skill work can be honed at the NCA. When the Indian team is travelling, the wicket-keeping coach should be at the camp to work with the wicketkeepers.

The wicket-keeper can be asked to work on different types of wickets, including in the areas he is struggling. His head and hand positions can be looked at and also fitness and agility. If there are two side games before the start of a tour match, the wicket-keeping coach should be there during these two matches and prepare the wicket-keeper.

Once the tour starts nothing can be changed. Once the Test match starts, the batsmen, bowlers and wicket-keeper get into their routine. And they should be allowed to handle all this once the match starts.

It’s time the BCCI gets into this thought of a wicket-keeping coach. One guy can do all this for the under-16, under-23 and senior teams. Bruce French is in charge of England Under-19, England Lions, the other teams and also the England team. Bruce is in-charge of the England wicket-keeping set up. He was in Sri Lanka recently and I spoke to him a couple of times. The wicket-keeping coach can travel with the team for the full home series.

Q. The future is going to be like this; always go for a batsman-wicket-keeper?

A. Cricket has always been a batsman’s game and I suppose it will become for the wicket-keeper too. Test cricket has not changed. If a `keeper drops four or five catches in a match, no one would like to have such a `keeper. Pant will improve and he needs help. I went to the NCA for one-and-a-half days last year to be with Pant. But it’s like giving Crocin and saying your fever has gone now. It doesn’t happen that way.

Q. Looks like Pant is an exceptional talent as a batsman, though. Does he make the opposition fear?

A. Absolutely. Pant has the guts to stand close to the stumps. He is always chirping around, giving the batsman that look. He is not hiding.

Look, Australia dominated world cricket because of Adam Gilchrist coming at 7 or thereabouts. People got scared when Dhoni came into bat at 7. He is here to fight and compete. That’s what Pant is all about.

Just imagine a situation wherein  Pant is at 6, Hardik Pandya at 7, Ravindra Jadeja at 8 and Ravichandran  Ashwin at 9.

Q. So, India has to be patient with Pant…

A. He will keep improving, but he needs help. Look, we were looking for a power play batsman, someone who could hit sixes at No. 6 or 7. Dhoni fitted the bill. Parthiv (Patel) was playing as a wicket-keeper batsman. When Dhoni started delivering in ODIs, we tried him in Test cricket. He became better and better. So it will be with Pant.

`Pant kho talab me dalne hee padega. Then only he will learn to swim. I saw a lot of improvement in Pant in the Chennai Test (against England). His hands were coming nicely, his position was much better. He was better than what we saw him in Australia. Pant is a guy who can hit boundaries and sixes in Test cricket. Don’t tell me he cannot play ODIs and Twenty20s.

It was messed up, Pant and Ambati Rayudu should have been in the Indian team for the last World Cup. There was no place for Karthik in that team; it was Pant’s. Pant is also a left-hander. It has to be Pant across all formats now. They played around with Pant. There is talent in this guy, you have to make him.

Q. Is the standard of keeping not as good because of the fact that there are not many good spinners in first class teams? 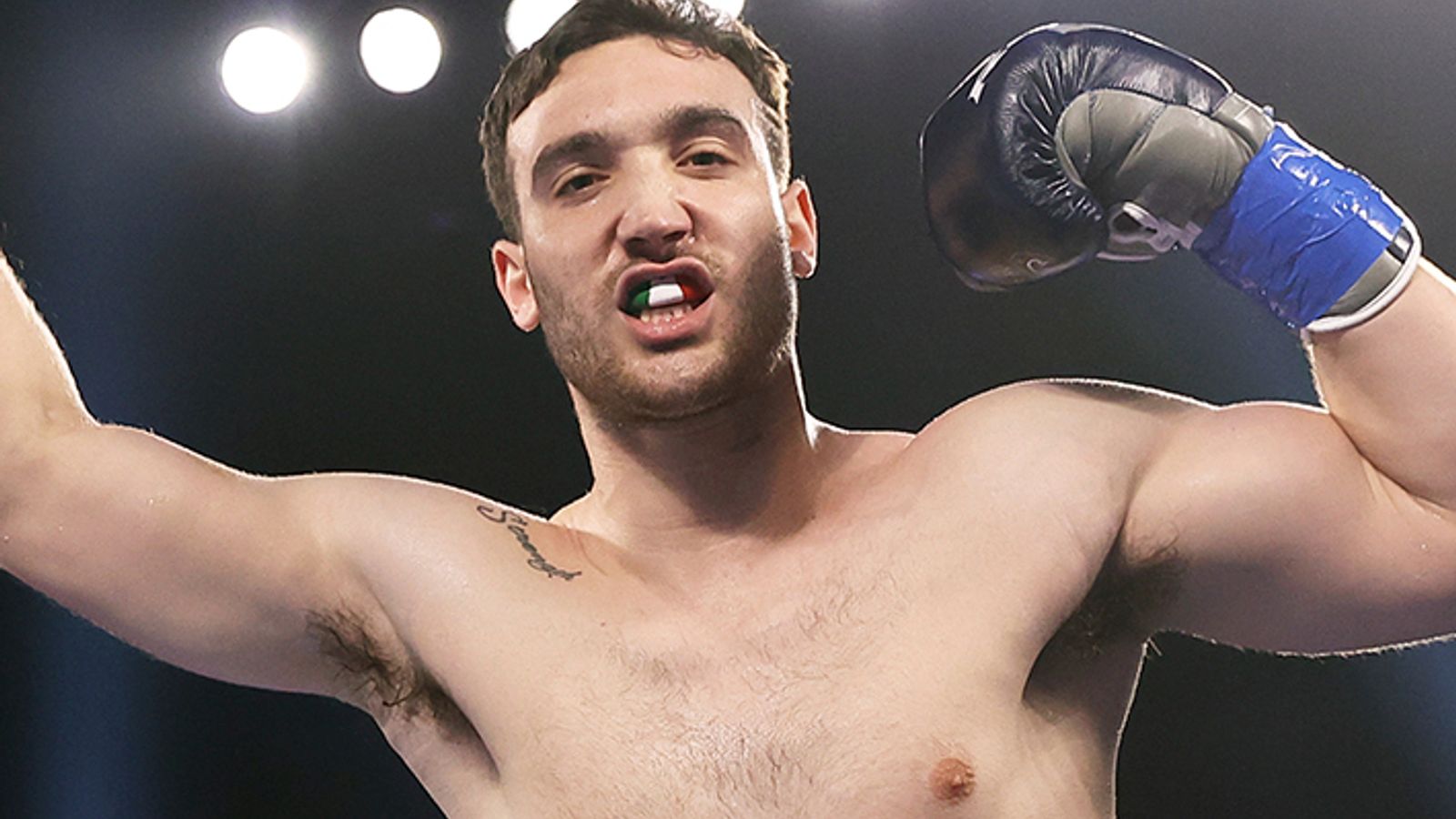 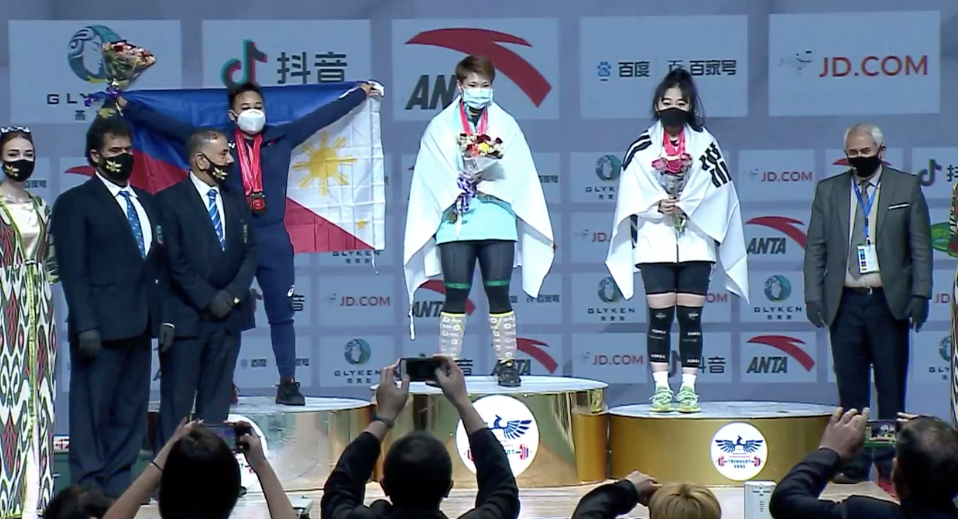 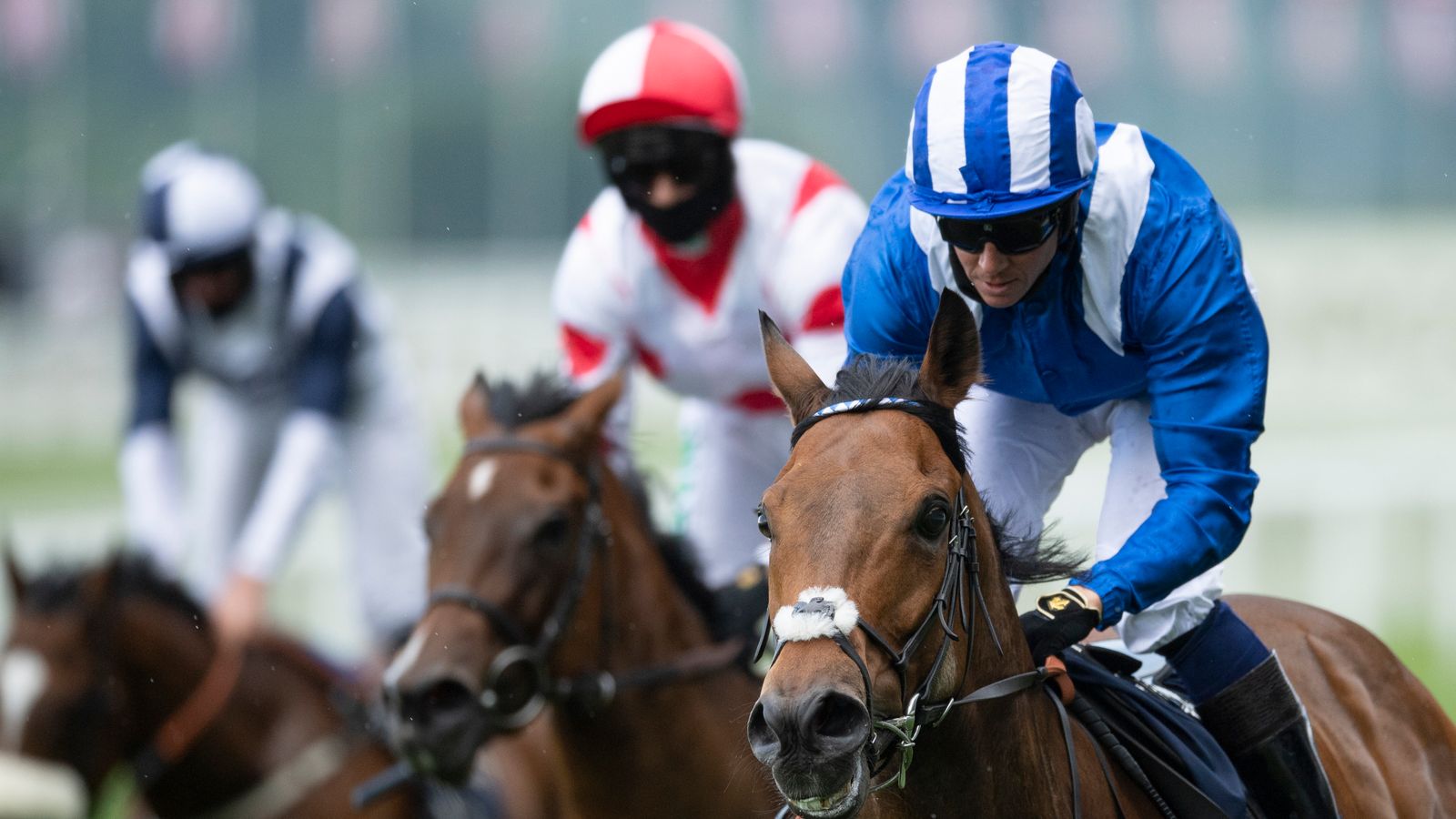 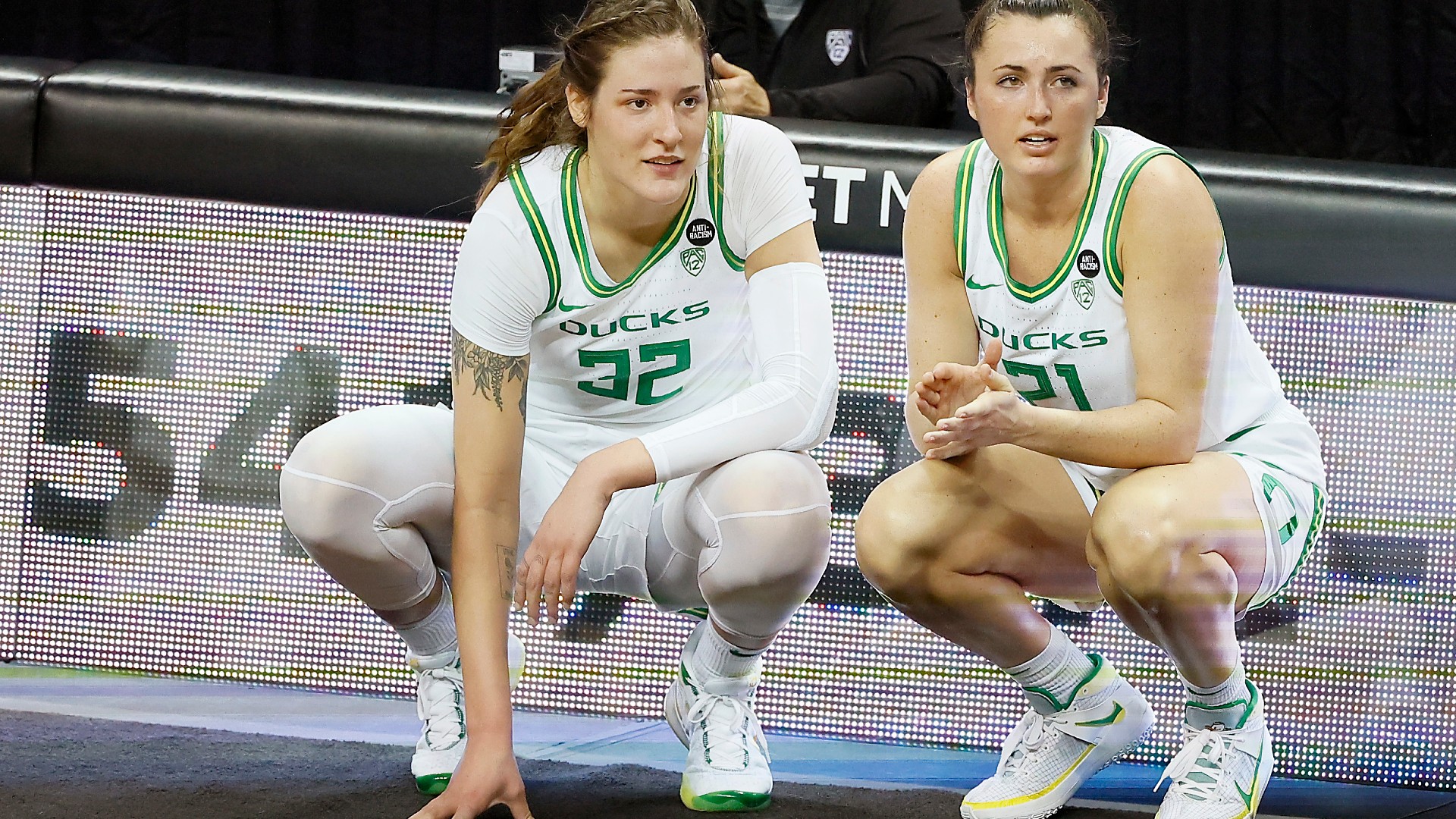