The Brooklyn Nets snapped a four-game losing run as star men Kevin Durant and Kyrie Irving both scored more than 30 points in their win over the Denver Nuggets.

His rival in the race for the NBA scoring title, Bradley Beal went one better and scored 50 points and Russell Westbrook recorded the 181st triple-double of his career as the Washington Wizards prevailed in an overtime thriller against the Indiana Pacers.

Here’s a full round-up of Saturday night’s action in the NBA.

Kevin Durant scored 33 points, including five free throws over the last 21 seconds, and Kyrie Irving added 31 as the Brooklyn Nets snapped a four-game skid by storming back to beat the short-handed Denver Nuggets 125-119.

The Nets moved a half-game in front of Milwaukee for the second seed in the Eastern Conference. Brooklyn remained three games behind East-leading Philadelphia. After trailing by as many as 21 points in the first half, the Nets took the lead for good at 111-110 on a 3-pointer by Joe Harris with 6:12 remaining. It was their first lead since 35 seconds into the game.

But it was far from easy down the stretch. Nikola Jokic had a chance to give the Nuggets the lead with 23.9 seconds left, only to see his turnaround miss. Durant made two free throws to make it 122-119. Durant was fouled soon after Jokic missed a shot on the other end. The Nuggets big man was upset over the no-call and lost his cool, picking up a technical with 9.1 seconds left. Durant made three free throws to secure the win.

Blake Griffin had 16 of his 20 points in a pivotal third quarter to help the Nets climb back into the game.

Jokic had 29 points and Michael Porter Jr. added 28 points, including six 3-pointers, as the Nuggets had their seven-game home winning streak snapped. It was their final regular-season game this season at Ball Arena, where the Nuggets finished 25-11.

Facundo Campazzo had 19 points and little-used Markus Howard chipped in a career-best 13 points as the Nuggets went with unconventional lineups after playing the night before at Utah.

Russell Westbrook recorded the 181st triple-double of his career, tying Oscar Robertson’s all-time NBA record, and hit the game-winning free throws with one second remaining in overtime to lead the Washington Wizards to a 133-132 win over the Indiana Pacers in Indianapolis.

Westbrook finished with 33 points, including Washington’s final two points in regulation on a finger-roll in traffic, and game-highs of 19 rebounds and 15 assists. His effort, coupled with Beal’s 19-of-31 shooting from the floor, was just enough to out-duel strong showings from Domantas Sabonis and Caris LeVert.

Sabonis recorded a triple-double for Indiana (31-36) with 30 points, 13 rebounds and 13 assists. LeVert scored 35 points for his third game of 30-plus points in the past four, and he was clutch in the second half. LeVert scored 16 points in the third quarter, including a one-legged, sideways-running 3-pointer in the period’s final seconds.

The victory lifted Washington into ninth place in the Eastern Conference, a half-game ahead of Indiana as they jockey for position in the play-in tournament.

Joel Embiid scored 29 points on 11-of-13 shooting to lift the host Philadelphia 76ers to their season-best eighth consecutive victory, 118-104 over the Detroit Pistons.

Tyrese Maxey scored 22 points, Tobias Harris added 18 and Danny Green had 11 for the Sixers (47-21), who moved closer to clinching the top seed for the Eastern Conference playoffs.

Matisse Thybulle tied his career-high with five steals for the Sixers, who never trailed in the game despite playing without Ben Simmons (back) and Seth Curry (rest).

The Grizzlies (34-33) picked up another crucial win to help their push for the postseason. Memphis entered the day a half-game behind the Golden State Warriors for the eighth spot in the Western Conference and one game ahead of the San Antonio Spurs. The victory moved them four games ahead of the idle New Orleans Pelicans with five left to clinch at least a berth in the play-in tournament.

Pascal Siakam and Gary Trent Jr. each had 18 points to lead the Raptors (27-41), who lost for the sixth time in their past seven games and were officially eliminated from postseason contention after the loss and the Washington Wizards’ victory over the Indiana Pacers on Saturday.

Kyle Anderson finished with 16 points, five rebounds and five assists, and Dillon Brooks had 14 points for the Grizzlies, who prevailed despite 17 turnovers, which led to 20 Toronto points. Ja Morant only scored 12 points but finished with seven rebounds and six assists. Desmond Bane also had 10 points.

The Raptors played without point guard Fred VanVleet (left hip flexor), while Chris Boucher (knee) missed his eighth game in a row and OG Anunoby (strained left calf) missed his fourth in a row. Kyle Lowry (rest) sat out for the fourth time in the past five games. Aron Baynes (left foot contusion) also did not play.

It was the fifth win in a row for Utah, which continues to play without injured All-Star guards Donovan Mitchell and Mike Conley.

Kenyon Martin Jr. and Khyri Thomas each scored 27 points for the Rockets (16-52), who lost their fifth straight.

Stephen Curry scored 49 points to lead the Golden State Warriors to a 136-97 blowout win over the Oklahoma City Thunder on Saturday in San Francisco.

The Warriors remained in eighth place in the Western Conference with their second consecutive win over the Thunder and fourth win in five games. Most of Curry’s scoring came in the first and third quarters.

He scored 24 of Golden State’s 37 points in the first, hitting a pair of 3-pointers in the game’s first 70 seconds and then scoring 10 points in the final minute and a half to help the Warriors start to put the game away.

Curry then scored 22 more in the third, hitting five more 3-pointers in the frame, to record his NBA-leading 10th 40-point game of the season. Curry finished with 11 of Golden State’s franchise-record 27 3-pointers.

Andrew Wiggins added 18 and Jordan Poole 16 for Golden State (35-33). Poole hit four 3-pointers. The Warriors shot 58 per cent from the floor and 50 per cent from beyond the arc.

Oklahoma City (21-47) has lost six in a row and 23 of its last 25. Svi Mykhailiuk led the Thunder with 17 points off the bench while Luguentz Dort added 16 points.

Damian Lillard scored 30 points in three quarters of action and CJ McCollum added 27 as the Portland Trail Blazers rolled to a 124-102 win over the visiting San Antonio Spurs in a game with serious playoff implications for both teams.

The Trail Blazers were slow out of the gate in the second game of a home back-to-back but found their footing late in the first quarter. Portland led by 10 points at halftime, by 15 after three quarters, and by as many as 26 points in the final period even with Lillard on the bench.

The win was the third straight for the Trail Blazers (39-29) and their seventh in eight games. Portland is currently sixth in the Western Conference standings, a half-game behind idle Dallas for the fifth spot with four games remaining on its regular-season schedule.

Norman Powell tallied 18 points for the Trail Blazers, with Jusuf Nurkic hitting for 17 and nine rebounds. Robert Covington pulled down 11 rebounds in the win.

DeMar DeRozan paced the Spurs with 20 points while Lonnie Walker IV scored 18, Dejounte Murray racked up 15 points and Rudy Gay scored 11. San Antonio (32-35), playing the second game of a road back-to-back, dropped its sixth game in its past seven outings.

Want to watch even more of the NBA and WNBA but don’t have Sky Sports? Get the Sky Sports Action and Arena pack here 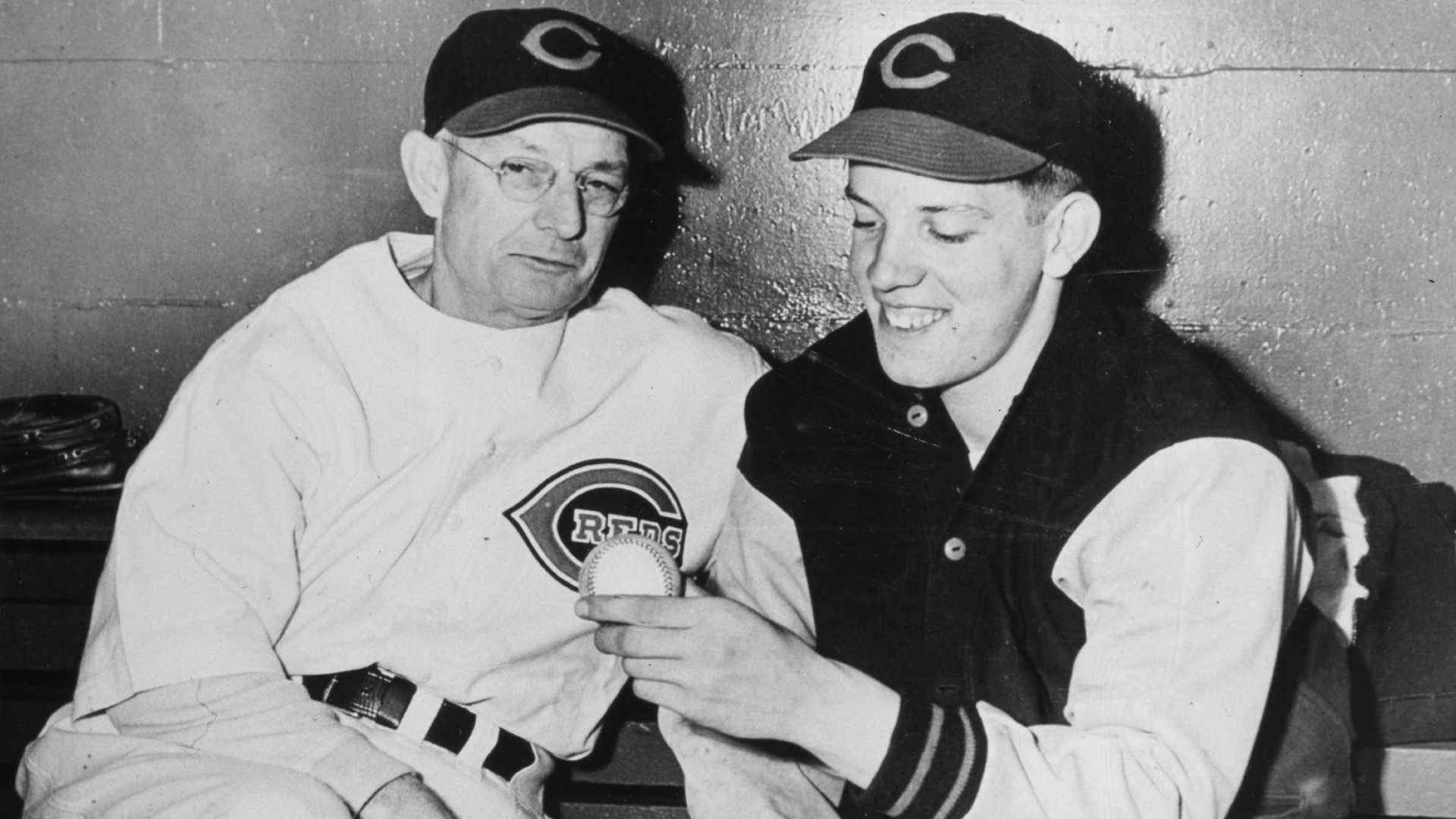 Bumrah getting married, 5 Indian team and IPL stars who got married

Duke basketball: Updated odds on when Coach K will retire