The Basketball Hall of Fame Class of 2020 — headlined by the late Kobe Bryant, Tim Duncan and Kevin Garnett — is the most accomplished class in history.

After more than a year of delays due to the ongoing COVID-19 pandemic, finally, this weekend, the Basketball Hall of Fame will enshrine the star-studded Class of 2020 in a ceremony at the Mohegan Sun in Uncasville, Connecticut.

If you’re having trouble remembering who made the Class of 2020, you aren’t alone.

In a year where everything has been turned upside down and it’s hard to keep track of what day, month or year it is, there’s no shame in being forgetful right now. However, this is arguably the most star-studded and successful Hall of Fame class of all time.

Looking strictly at NBA credentials, the Class of 2020 — headlined by the late Kobe Bryant, Tim Duncan and Kevin Garnett — matches up with any other Hall of Fame class in history.

Only the 2009 class (Michael Jordan, David Robinson and John Stockton) and the 1980 class (Oscar Robertson, Jerry Lucas and Jerry West) even spring to mind as contenders. Led by Jordan, the 2009 class features inarguably a top-three player in NBA history, a championship center and one of the best point guards to ever play the game. The 1980 class features one of the more dynamic and important players in the NBA’s early history in Robertson, an accomplished star in Lucas and the freakin’ logo in West.

Between the three headliners (Bryant, Duncan and Garnett) you have:

In terms of pure accomplishment, you won’t find a class with more credentials. Each of these three are truly important players in the history of the NBA as well, transcendent stars, standouts in their era with lasting legacies.

The Hall of Fame is home to the all-time greats of the sport but this class is another tier entirely.

One of the first high school to pro stars — following in Garnett’s footsteps — Bryant made an immediate impact on the league when he debuted as a bright-eyed 18-year-old in 1997.

By his age 21 season, Bryant was a perennial All-Star, averaging over 20 points-per-game and helping lead the Los Angeles Lakers to their first NBA Championship since 1988.

Bryant would of course win two more titles with his running mate Shaquille O’Neal before their personal and professional relationship eroded. After a tumultuous run in the middle of his career mired by real-life and on-the-court issues, Bryant turned the corner and won back-to-back titles with a new Lakers core and solidified his place in the pantheon of all-time greats. With this second title-winning run, Bryant was able to showcase his skills and Black Mamba brand to an entirely new generation of basketball fans.

The final years of Bryant’s career were overshadowed by injuries and a lack of team success but Bryant went in perhaps the most poetic and beautiful fashion any NBA player ever has. In the final game of Bryant’s legendary 20-year career, he scored 60 points — scoring 15 of the Lakers’ final 17 points and hit the winning shot with just 31.6 seconds left.

Kobe bid adieu to the NBA and despite his ultra-competitive reputation, settled into a calm post-playing career.

Sadly on January 26, 2020, Bryant, his daughter Gigi and seven others passed away when their helicopter crashed in Calabasas, California.

Bryant’s credentials speak for themself. One of the most popular players of his era, Bryant was the ultimate competitor and amassed a career fitting of a slam dunk Hall of Famer including five NBA championships, an 18-time All-Star, 15-time All-NBA, 12-time All-NBA Defensive Team, two time NBA Finals MVP and a one-time NBA MVP.

Duncan was one of the best players in NBA history and the only thing boring about “The Big Fundamental” was how boringly consistently great Duncan was every year of his career. From the moment he entered the league from Wake Forest until he left in his age 39 season (2016), Duncan was good.

Whereas most normal NBA rookies take some time to get used to the speed and the strength of the NBA game, Duncan was a finished product pretty much from day one. In his first game as an NBA player, Duncan scored 15 points, grabbed 10 rebounds and helped his San Antonio Spurs beat the Denver Nuggets by 11. By the end of the year, Duncan — the runaway NBA Rookie of the Year — put up averages of 21.1 points-per-game and 11.9 rebounds-per-game while playing in all 82 games.

While some would argue Duncan wasn’t the most aesthetically pleasing superstar in NBA history (those people would be wrong but to each their own!), Duncan was undeniably one of the greatest big men in NBA history. From 1998-2007, Duncan averaged 20+ points-per-game and 10+ rebounds per game every single year. He almost never missed extended time, playing in more than 60 games each of his first 14 seasons (the lone exception being the 50-game 1999 season).

Duncan was a master on both ends of the court and more than anything, a player that won, a lot. Under Duncan, the Spurs never once missed the playoffs, made six NBA Finals and nine Western Conference Finals. None of his Spurs teams won less than 50 gams (again the exception being the lockout-shortened 1999 season when the Spurs won the title) and his teams won 60+ games five different times.

Whether by necessity or a desire to chart his own path, Garnett became the first player to be drafted into the NBA directly out of high school since Darryl Dawkins and Bill Willoughby in 1975.

This would be just the first of many transformative moves and moments in Garnett’s NBA career. After a shaky start to his NBA career, the teenage Garnett ended his rookie season with a ton of momentum, scoring in double figures in 31 of his final 32 games of the year. By 1997, his age-20 season, Garnett was an All-Star. More importantly, Garnett helped Minnesota reach the playoffs for the first time in franchise history.

In August 1997, Garnett would make history once again as he signed a six-year contract extension with the Timberwolves for a then-astronomical $126 million. Despite being one of many players to sign huge extensions that offseason (Alonzo Mourning and Juwan Howard), it was Garnett — still not of legal drinking age — signing a $126 million deal that began to scare NBA owners. When labor tensions between the players and owners led to a lockout-shortened 1998-99 season, it was Garnett’s deal that remained a constant talking point.

From 1997 to 2003, Garnett performed at near-MVP levels but Minnesota could not make it out of the first round. A curse? Bad luck? Nobody was quite sure.

Things finally came together for Garnett and the Timberwolves in 2004 when he had a career-best year 24.2 points-per-game and a league-leading 13.9 rebounders-per-game. Best of all, Garnett was finally flanked by competent players with Latrell Sprewell and Sam Cassell joining him in Minnesota. Garnett was named the NBA’s Most Valuable Player, Minnesota won 58 games and made a charge to the Western Conference Finals.

The following season, despite Garnett’s tremendous play, the Timberwolves dipped and missed the playoffs.

In July 2007, Garnett was traded to the Boston Celtics in a seven-for-one deal, the largest number of players ever traded for a single player in NBA history.

Garnett joined the Boston Celtics’ new “The Big Three” of Paul Pierce and Ray Allen and the trio found immediate success winning the NBA Championship in their first year together. This template of stars coming together and finding immediate success was just another one of Garnett’s lasting legacies and a template followed by the LeBron James, Chris Bosh and Dwyane Wade Miami Heat and others.

While Garnett wasn’t producing on the offensive end as much as he had in Minnesota, he became one of the league’s best defenders on a team that would make two NBA Finals appearances over the next three years.

Unfortunately, injuries and age began to sap Garnett’s explosiveness. In 2014, Garnett along with Pierce were traded to the Brooklyn Nets. After a lackluster year and a half run, Garnett returned to the Timberwolves to play out the 43 games of his career. 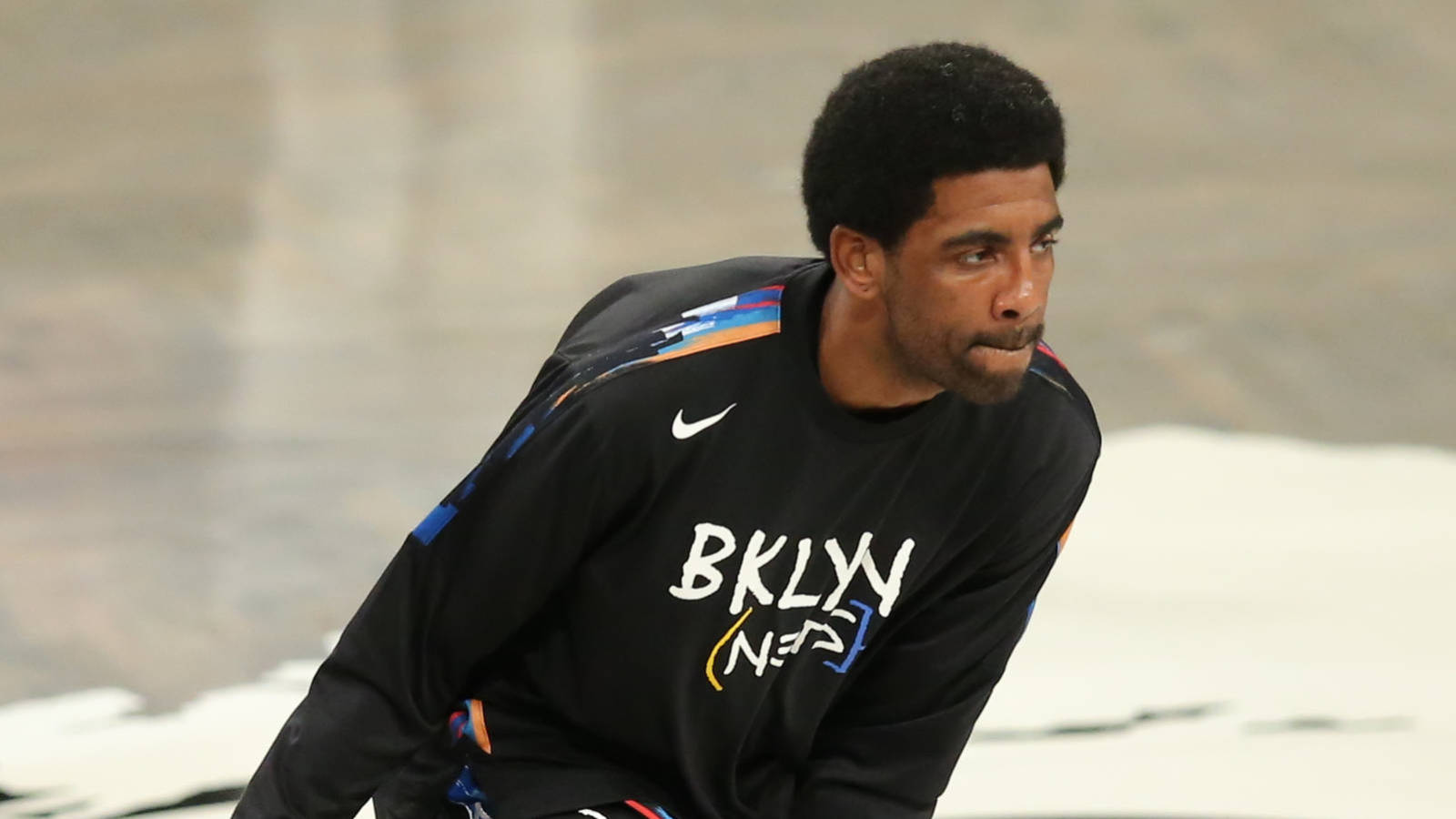 Nets’ Kyrie Irving ruled out against Timberwolves for personal reasons 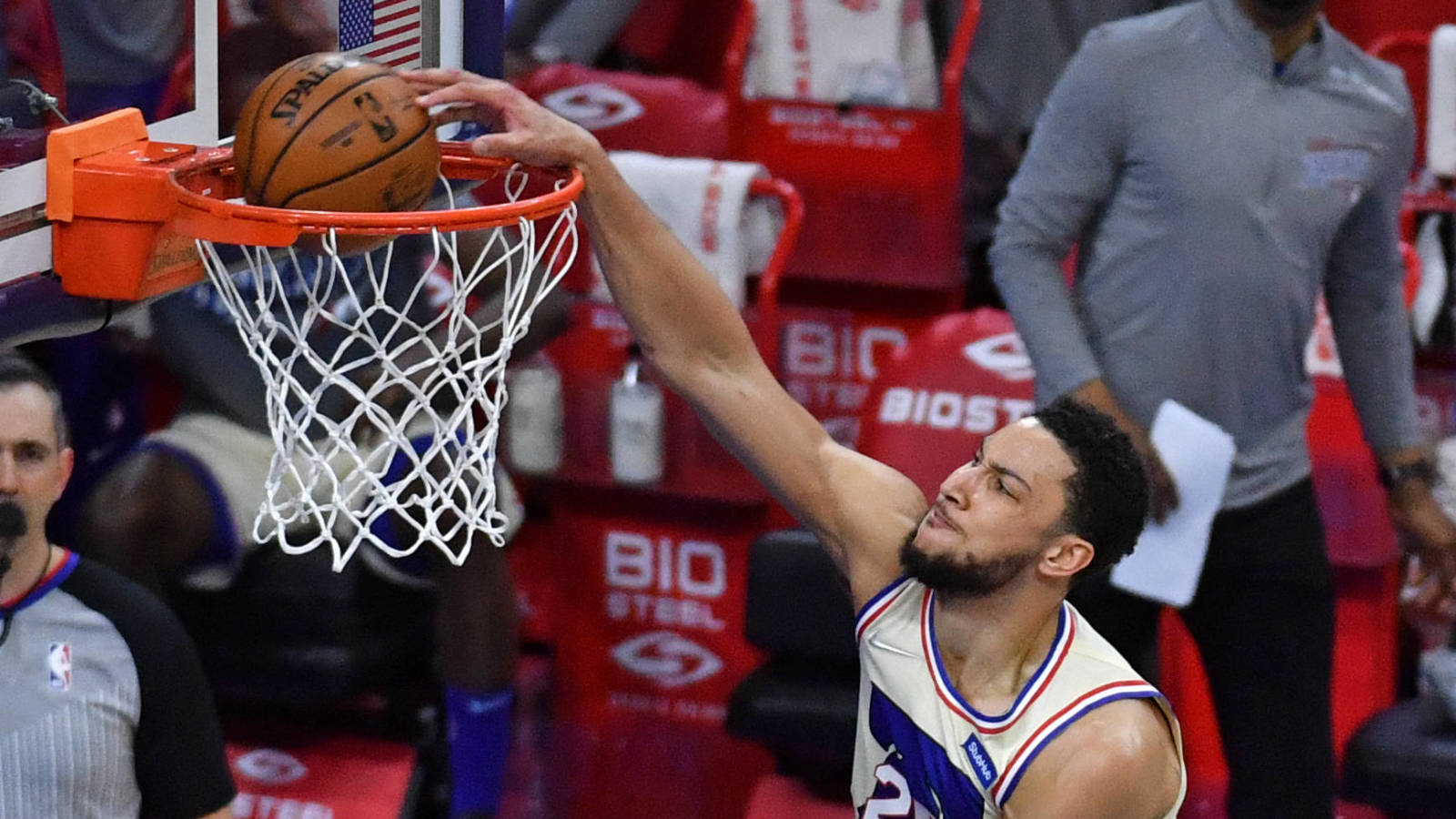 Ben Simmons fires back at Wizards announcer with savage diss 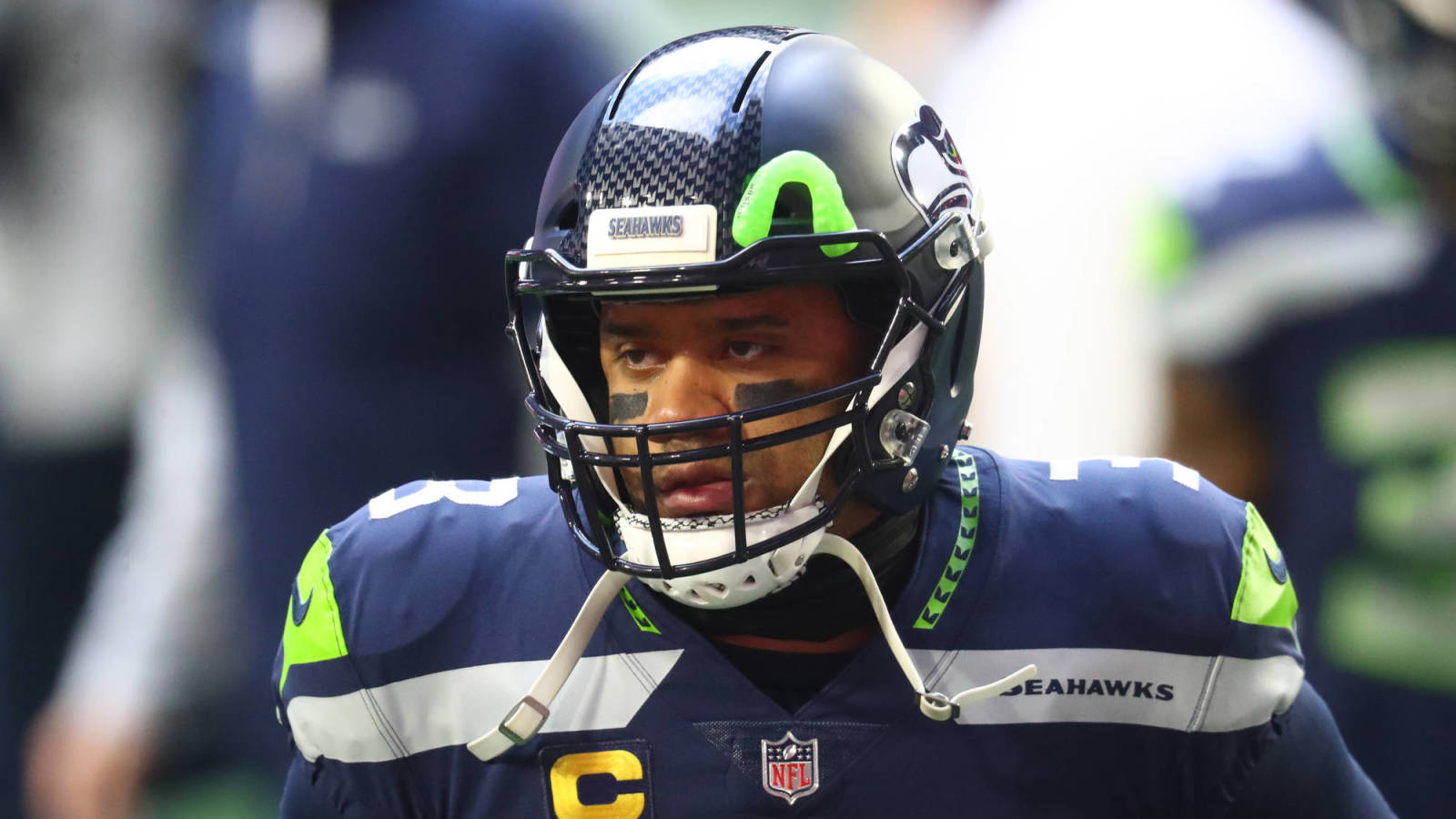 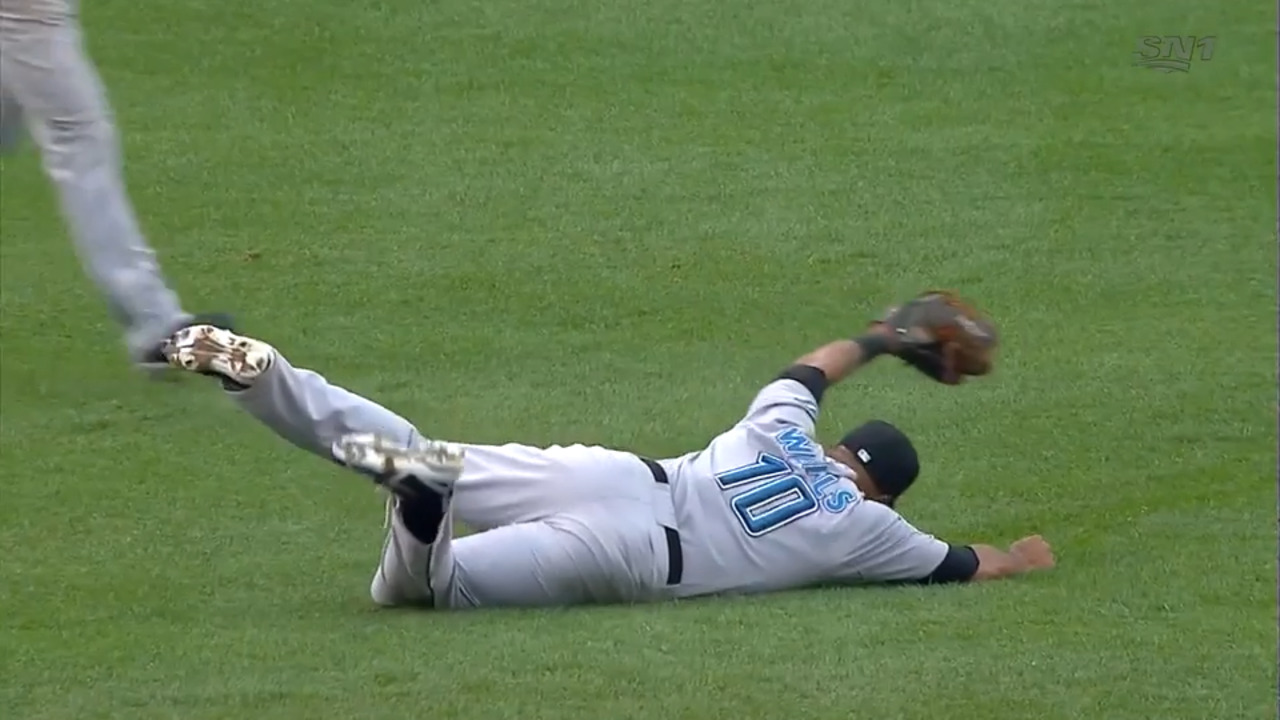