Kolten Wong spent eight years in St. Louis with the Cardinals. On Thursday, his return as a member of the Milwaukee Brewers came with tons of emotion.

Thursday was always bound to be an emotional day for Kolten Wong.

The Brewers‘ second baseman was set to face his old team, the Cardinals, for the first time after the club declined his option.

The eight years he spent in St. Louis weren’t forgotten by the crowd as they gave him a standing ovation.

It was clear just how much that ovation meant to Wong when he stepped up to the plate, emotion written all over his face.

Was looking for video of this earlier: Kolten Wong batting with tears in his eyes in his return to St. Louis. Don’t know that I’ve ever seen something like it. pic.twitter.com/NJnvK0B4Dw

Passion is what makes sports great. Wong has it for the game and the fans. That’s what makes him endearing.

Kolten Wong’s past was in St. Louis, but his future is in Milwaukee

Based on that reaction, Wong would have been happy to stay with the Cardinals longer, but the team moved on from him after the 2020 season. The two-time Golden Glove winner signed a two-year deal with Milwaukee to stay in the NL Central.

For Brewers fans, Wong had the right things to say after the game as well.

“I love those fans,” Wong said, according to Adam McCalvy of MLB.com. “But I hope they hate me at the end of the season.”

He’ll have to prove a thorn in the Cardinals’ side later this season. He didn’t have much of a role to play on Thursday. St. Louis came out on top 3-1 while Wong went 0-for-3 with a strikeout and walk before coming off with an injured left oblique.

The two sides will continue the series on Saturday, though it’s not clear if Wong will be healthy enough to play. 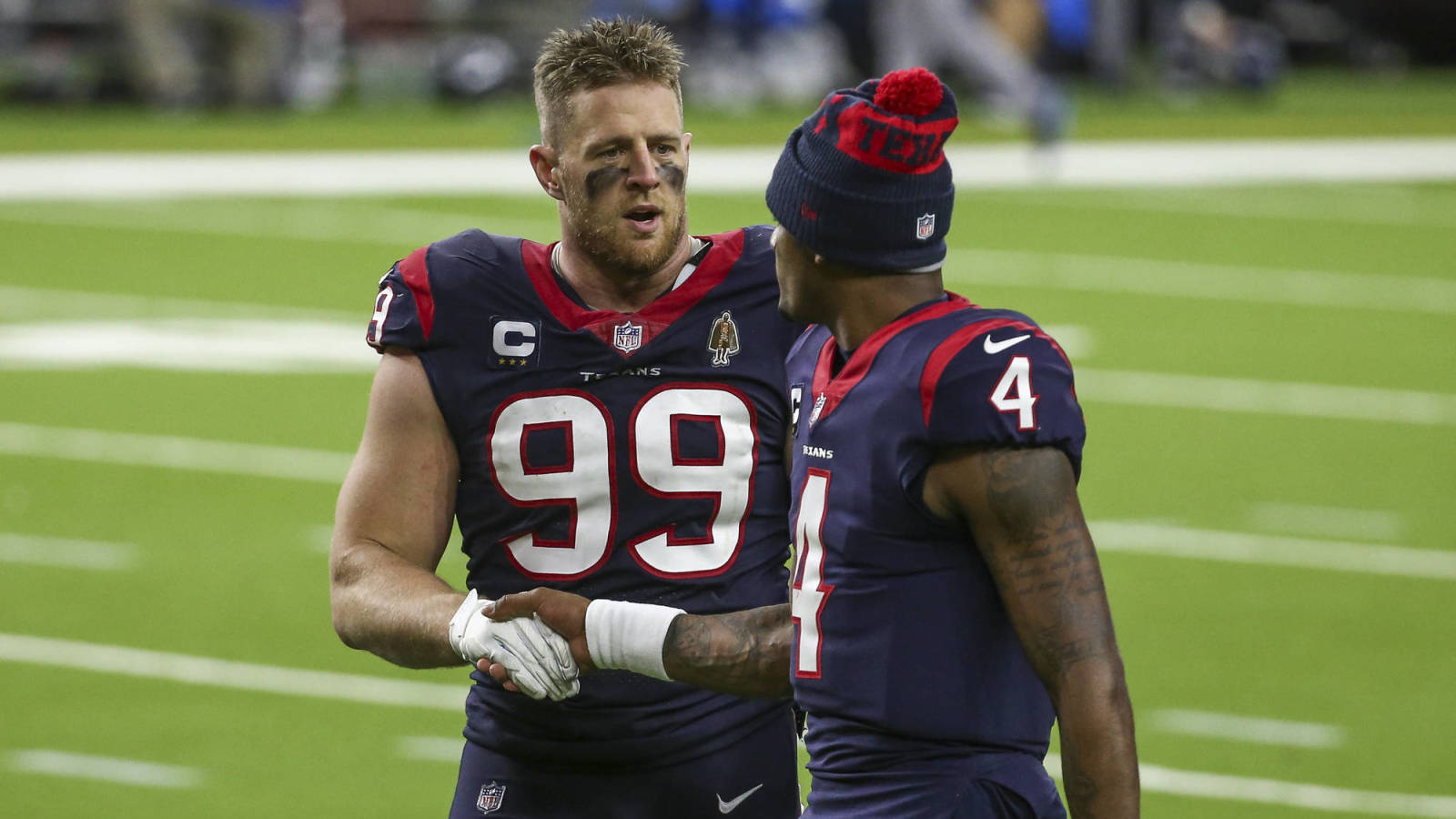 J.J. Watt: ‘The one thing I want for Deshaun Watson is for him to be happy’