Kyle Pitts is one of the best receiving tight end prospects in the history of the NFL draft. He will be selected as an early first-rounder in the 2021 NFL Draft. The question is, just how high will the dynamic pass-catching athlete go?

Some would say Pitts, at 6-6, 246 pounds, is a luxury pick for a team that doesn’t have glaring needs at more critical positions that get targeted in top 10, led by quarterback, offensive tackle, wide receiver and edge rusher. Some would say his dominant playmaking is an absolute necessity for a pro offense to jump to the next level of versatile explosiveness in the passing game.

Pitts is coming off a massive final season with the Florida Gators. In only 8 games during his junior year, he caught 43 passes for 770 yards and 12 touchdowns, In addition to being a hard-to-cover matchup nightmare in the red zone, Pitts also featured the field-stretching speed in averaging 17.9 yards per catch. He’s a special game-changer at the position in the mold of the Chiefs’ Travis Kelce and the Raiders’ Darren Waller.

With all that in mind, here’s a look at Pitts’ six most likely landing spots on April 29:

The Eagles dropped six spots from No. 6 thanks to their trade with the Dolphins. They might have kept themselves from a top-two wide receiver, but they still are rather well positioned to land Pitts as a different style of key target for Jalen Hurts. The Eagles seem intent on trading Zach Ertz and offensive-minded coach Nick Sirianni worked well with Frank Reich in using multiple tight ends for the Colts.

Pitts and Dallas Goedert would be a tough intermediate combination to stop, with 2020 first-rounder Jalen Reagor playing off them as a speedy outside wide receiver. Pitts could be used a hybrid player lining up in multiple spots. Hurts can easily turn him into a key go-to guy in the red zone.

The Cowboys have some big developing needs elsewhere, including cornerback, edge rusher and offensive tackle. But keep in mind Jerry Jones went luxury pick with a highly skilled receiver last year and wasn’t disappointed with CeeDee Lamb. With Dak Prescott back with Lamb, Amari Cooper and Michael Gallup, a dynamo such as Pitts would give an explosive Dallas passing game another dangerous dimension.

Blake Jarwin has flashed some upside, but he’s coming off a midseason torn ACL. Dalton Schutlz contributed OK, but he is better as an inline blocker. Pitts would be the Cowboys’ most impactful target at the position since future Hall of Famer Jason Witten in his prime.

The Dolphins still can get a top-two wide receiver after dropping three spots. Both Alabama prospects, DeVonta Smith and Jaylen Waddle, would be tempting to reunite with Tua Tagoavailoa and there’s a chance LSU’s Ja’Marr Chase would still be available.

But going for Pitts isn’t bad either for new co-offensive coordinators Eric Studesville and George Godsey as the team transitions from Chan Gaiey’s scheme in Year 2 of Tagovailoa. Mike Gesicki has gotten more impactful as a receiver, but he also is a free agent in 2022. Regardless, the Dolphins could consider deploying more 12 personnel with Pitts complementing Gesicki. Pitts’ work as a big playmaker also would mesh with outside No. 1 DeVante Parker and new fast deep threat Will Fuller.

There’s a strong chance the Bengals lean offensive tackle in Oregon’s Penei Sewell, even with some hopes for Jonah Williams and free-agent addition Riley Reiff to hold down the edge OK. They also could consider a top wide receiver to complement big Tee Higgins and slot ace Tyler Boyd.

But given how much Joe Burrow liked throwing to the middle of the field last season, Pitts would provide him with a high-end safety valve. Burrow had a good connection with C.J. Uzomah early as a rookie, but Uzomah is coming off a torn Achilles’ and is a free agent in 2022. Drew Sample is meant to be more of a blocker. Pitts’ hybrid abilities would give Burow a trio of diverse targets and help him get the ball out quickly on short-to-intermediate routes.

The Chargers have a little void at tight end after they were unable to keep free agent Hunter Henry, who signed with the Patriots. Like the Bengals and their second-year quarterback, they also will be in the market for an offensive tackle and wide receiver. Los Angeles did invest in the offensive line well in free agency, and Justin Herbert needs some sure-handed, explosive help in the new offense of Joe Lombardi.

Well-traveled Jared Cook was signed to help replace Henry, but he’s entering his age 34 season and coming off a real fade with the Saints, who released him with Adam Trautman waiting in the wings. Again, Pitts’ hybrid nature can make him a good fit in some capacity complementing Keenan Allen, also knowing oft-injured big outside wideout Mike Williams is a free agent in 2022.

The Panthers seem intent on drafting a big quarterback upgrade to Teddy Bridgewater and are in the wheel house to land one of five promising first-rounders behind the Jaguars, Jets and 49ers, as they still pick one spot ahead of the Broncos. But if things don’t play out well there for Carolina, tight end is an excellent option to upgrade from Ian Thomas, who hasn’t lived up to being Greg Olsen’s successor.

The big-play ability of wide receivers Robby Anderson and D.J. Moore would put Pitts in position to succeed on intermediate routes. He also would drive batty second-level pass defenders who also need to account for running back Christian McCaffrey in the passing game. There’s no question Pitts would boost Bridgewater should he remain the bridge QB. 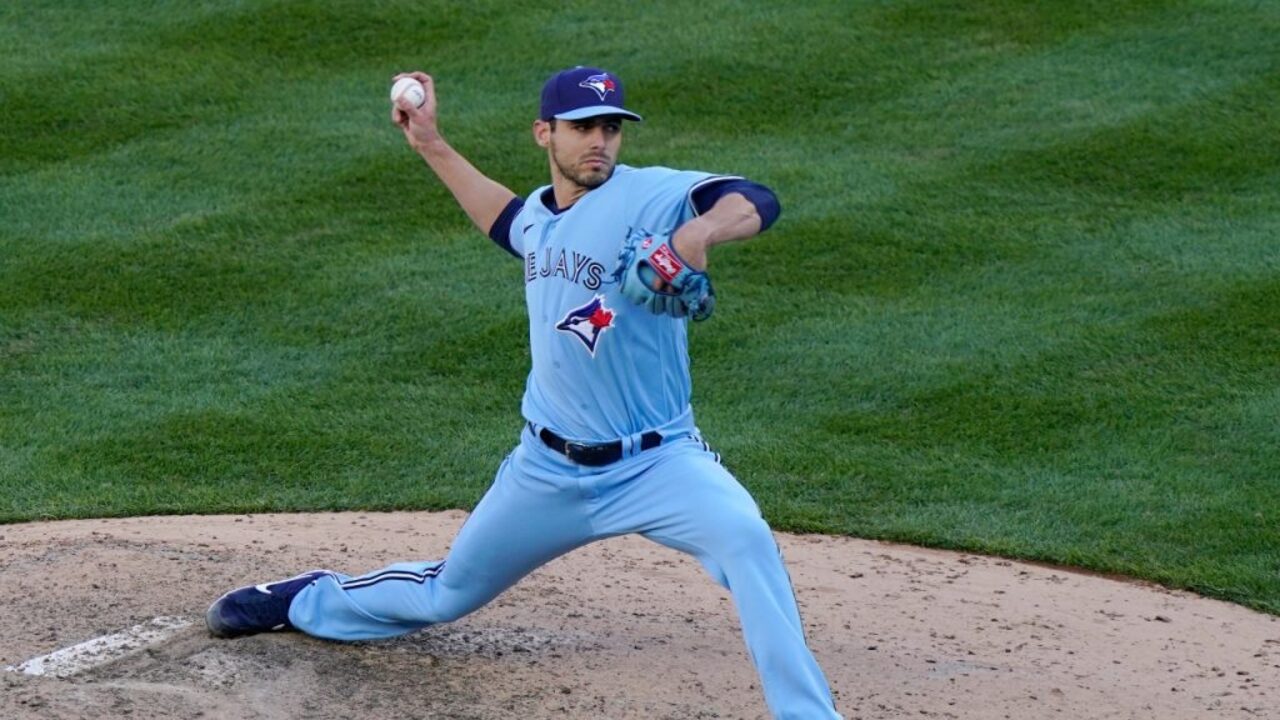 Blue Jays Plays of the Week: Merryweather shines on the mound – Sportsnet.ca NBA unveils schedule for second half of season