“If you can’t get excited about this, you don’t have a heart beat.”
– Dan Craig, VP of NHL Hockey Operations

If you think the NHL’s series of outdoor games over the past number of years was getting old or stale, we implore you not to see the two outdoor Lake Tahoe games this weekend the same way.

Will it be the best one? That’s hard to say. Topping Sidney Crosby scoring a shootout winner in the snow, or a record-setting attendance of 105,491 at Michigan Stadium, or whatever your personal favourite happens to be, is a high bar.

“This NHL outdoor game, it’s a lot different, it’s not normal compared to what we normally do in baseball venues and football venues,” said Garrett Mills, Manager of Productions for BaAM Productions. “We basically had to bring the entire infrastructure to this site.”

Without fans being able to attend, it was a chance for the NHL to try something different; to capture the scene of a more natural hockey setting.

Usually these events are more about the experience of being there; the memories you come away with about what happened on and off the ice. Secondary is how it looks at home.

But we can’t all be there, so this event is made for TV, made for everyone on the couch. On a lake shore, with some trees standing just beyond the rink boards, Lake Tahoe is in a category of its own.

Starting a petition for an @NHL outdoor game in the mountains to be a yearly tradition. Who’s signing?
: @GoldenKnights pic.twitter.com/M6fV1JmhBT

On the ground it’s presented different challenges. Dan Craig is no stranger to ice-making, doing so at the NHL’s outdoor endeavours since the first successful attempt at the Heritage Classic in 2003.

“The challenge on this particular event is we are shoe-horned into a very small area right beside the lake, right beside the pond that’s on the golf course. In a stadium, because you’re sunk down in below the stands, you do get wind and you get swirling wind, but it was nothing like what was coming off the lake.

There are no standings points to spare this shortened season, and it must be remembered that these are very important games between teams at the tops of their divisions. It’ll be all business when the puck drops, but the players who have already skated are in awe.

“It’s amazing. I think the pictures, I don’t know if they do it justice, but the views are insane,” Marc-Andre Fleury said. “There’s not too many people our there, so it feels a little more private, or, personal for practice.”

He’s an overview of the NHL’s two outdoor games this weekend.

Without fans around, this event will be all about the views.

“I’m still on the fence about where it’s gonna rate for the game, but I can tell you from the initial views, this is fantastic,” Mills said. “This is the best setting I’ve ever seen. I have some other favourites like Notre Dame and some of those other stadiums, just iconic venues we worked in, but I think when you see this all on television I think it’s going to be just incredible and probably rank up there with one of my favourites of all time.”

It may be an age-old hockey joke to poke fun at bad teams by suggesting they’re hitting the links early, but the two games being played this weekend are set up on the 18th fairway of the Edgewood Tahoe Resort Golf Course, known for hosting the American Century Celebrity Championship.

Hopefully this doesn’t jinx any of the four teams, who are all Cup contenders.

But, man is it going to look nice. NHL.com reporter Nick Cotsonika is on the scene and has taken some absolutely stunning pictures. This has all the feel of a true outdoor hockey game, with sightlines that might be distracting — if not for the players in the moment, then certainly those watching at home, or lucky enough to be there working.

(I look at these photos and wonder how many pucks will end up in the lake, and how long it’ll take for one to hit a tree. That’s some good al fresco hockey.)

This one is taking a page right out of Mystery, Alaska.

“The mountain view is incredible,” Vegas’ Mark Stone said when asked what takes his breath away about the location. “Having those big trees surround the rink and I think they did a great job making everything look rustic with the wood panelling. really brings it back to the old school outdoor rinks. Probably the best outdoor rink you’ll ever see.”

This will be the end of a three-game set between the two teams this week, with Vegas taking one and Colorado the other. By points percentage, these are the top two teams in the West Division, though they both trail St. Louis in actual points and games played because the Avs and Golden Knights have both had brief season pauses due to COVID-19.

The Avs have no players left on the league’s COVID list, while Vegas has Tomas Nosek remaining after he tested positive more than a week ago. Colorado’s Gabriel Landeskog, one of the Avs players who was on the list and who hasn’t played in any of their games back yet, is expected to be available for Saturday. Cale Makar will be a game-time decision with an upper-body injury.

If the views and idea of hockey in nature aren’t enough to pull you in, then the fact the Avs will wear their reverse-retro Nordiques jerseys should do the trick.

In case you didn’t know, Fleury, at age 36, is having what feels like his 99th bounce-back season. Never count the guy out. After much off-season trade speculation that never came to fruition — at least in part because of his heavy contract — the Golden Knights are probably happy to still have him. Robin Lehner remains out with an upper-body injury that’s sidelined him for nearly two weeks and Fleury is expected to make his sixth straight start. So far, he has a 7-2-0 record, 1.56 GAA, and .937 save percentage.

On Sunday Boston and Philadelphia face off, and the Flyers are able to play the game with few days to spare. They had their season paused for a little over a week due to COVID-19 protocols and Thursday’s game against the Rangers was their first action in 11 days, and only tune-up before the outdoor game.

They came out with a 3-2 shootout win.

However, they won’t have their full team. Friday’s NHL COVID list still included six Flyers. Captain Claude Giroux, Jakub Voracek, Travis Konecny, Oskar Lindblom, Scott Laughton and Justin Braun are the regulars who will not be available to them.

The Bruins come in on a two-game losing streak but, overall, they are one of the hottest teams with a 7-2-1 record in their past 10 games. The Perfection Line remains, well, perfect while the defence has allowed the fewest shots against per game. We must say that Jaroslav Halak has been the better numbers of their two goalies this season, but Tuukka Rask will of course get the start outdoors.

The NHL couldn’t have planned these matchups any better because Boston and Philadelphia also are the top two teams in the East Division.

There is one thing I found very hilarious about this weekend that I can’t wait to watch.

And it’s all because of Joe Sakic — sort of.

While the games will take place on the 18th fairway, the Par 3 17th will also play a role. That’s where Nathan MacKinnon will try to shoot a hole in one, something Sakic did while playing at the American Century Celebrity Golf Championship in 2011.

The conditions for Sakic were much more friendly.

If MacKinnon nails it, the NHL will donate $1 million to the NHL/NHLPA Learn to Play program.

And this will air during the first intermission of Saturday’s game. Golf and hockey? What more could you ask for?

The musical guest will be Green Day, who the NHL has a two-year, cross-platform and promotional partnership with. The band will feature the world premiere of a new song during the second intermission of Saturday’s game. 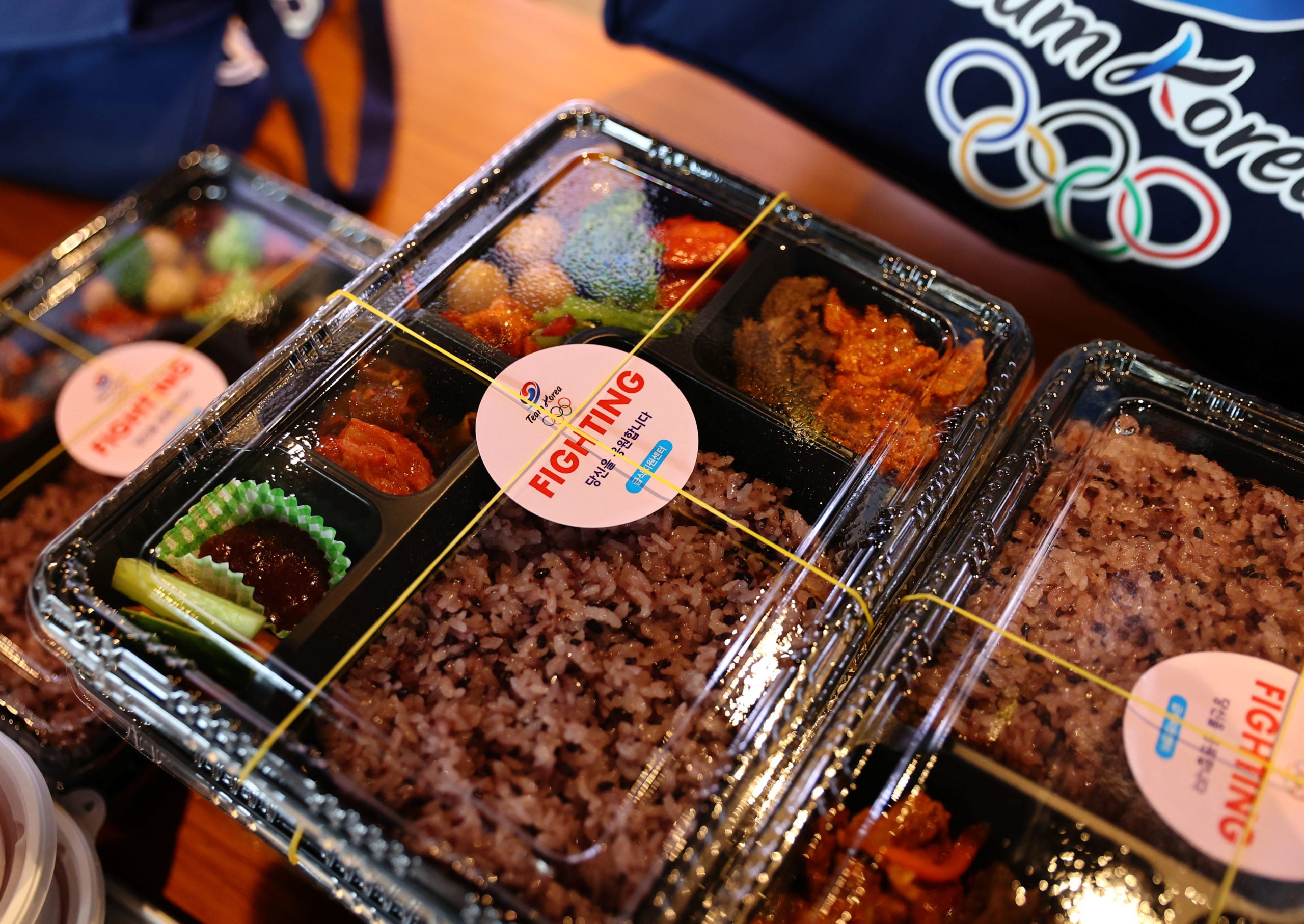