The stakes were high on the second night: Four titles were on the line and a heated rivalry sat on top of the card as former Undisputed Era members Adam Cole and Kyle O’Reilly battered each other in an unsanctioned match.

New champions were crowned and the show ended with violence that is worth going out of your way to check out.

Here’s how it all went down.

This match had been a long time coming after the pandemic prevented Devlin from defending his title in the U.S. Escobar picked up a version of the title and held onto it for nearly a year. This gave us a very Razor Ramon vs. Shawn Michaels ladder match element in a unification between talents who had yet to meet in NXT. On paper, this looked as if it could end up being the match of the night, with contrasting styles and two excellent workers.

It didn’t quite reach those peaks but it was a solid opener.

Escobar controlled the early portion of the match and the action slowly ramped up with more daring moves and counters. Things became more violent when a striking exchange ended with Escobar slamming his knee into Devlin’s face. Devlin executed a beautiful moonsault off the top of the ladder.

Legado del Fantasma assaulted Devlin as he was climbing the ladder. It felt wholly unnecessary and added nothing to the match, especially when Devlin recovered relatively quickly and tossed a ladder at Escobar to prevent him from reaching the titles. There was a Spanish Fly off the top of the ladders and, eventually, the wrestlers made their way back to the top with the titles within reach. Escobar head-butted Devlin off the top of the ladder to retrieve the titles and become the undisputed champion. A pretty good match, but it just didn’t hit the highs that these two could execute.

The match didn’t have a significant build and may have suffered as the teams just didn’t jell early on. It wasn’t as if they didn’t work hard, but it just felt as if the match lacked an edge. They also seemed to hide Indi Hartwell’s inexperience well, but the champions ended up dishing out most of the noteworthy offense.

And then we had an inadvertently dangerous spot that was the highlight of the match and could have ended terribly.

A tope suicida attempt by Blackheart drew an audible gasp as she flew right between Hartwell and LeRae and into the guardrail. Fortunately, Blackheart didn’t injure herself and Moon dove to the outside to take out The Way.

The match ended with a double Eclipse from Moon that was punctuated by a senton bomb from Blackheart.

It was fine. Not bad, not great. Just fine.

The bigger question is: How will NXT keep the women’s tag team division fresh considering that there are very few tag teams?

The match felt like something that was inserted to fill time and make sure Gargano was featured on TakeOver despite not having a feud.

That being said, Gargano is an absolutely stellar wrestler who rarely, if ever, falters, and Reed had his best match in NXT.

There is no question that Gargano is the best wrestler to ever compete in NXT, and he continues to deliver whenever he’s called upon. Not to mention, he always brings out the best in his opponents.

In the early going, Reed used his significant size advantage to stifle any attempts by Gargano to outwrestle his plus-sized opponent. Poisonrana from Gargano led to a Gargano Escape that Reed managed to maneuver out of. Reed countered the One Final Beat with a punch and launched Gargano into the ring with a Razor’s Edge.

Of course, Austin Theory had to get involved by putting Gargano’s leg on the ropes during a pin attempt. Reed fought off both of them and showed off his athleticism with a suicide dive that annihilated Theory. Gargano tried to sneak in One Final Beat but was countered for yet another near fall. Reed got the upper hand in a battle of superkicks but a missed moonsault attempt was followed by Gargano crushing Reed with a pair of One Final Beat finishers to retain the title.

No story. No problem.

Gargano does it again.

Kross has yet to have a truly great match in NXT while Balor’s run since returning agruably has been his best since he signed with WWE.

Kross needed this match to be great and the psychology behind it allowed it to be his best match in NXT by a country mile.

Interestingly Balor took it to Kross with a combination of strikes and submission wrestling for the first half of the match while the challenger struggled to keep pace. It was a surprising twist that suggested Balor entered the match with a game plan to neutralize Kross’ penchant for overwhelming his opponent with brute force.

It was smart and a well-played tactic. Kross was forced to work from underneath as Balor picked his opponent apart. Each and every time Kross seemed to gain momentum, he was cut off by a submission attempt or a well-placed strike that damaged the undefeated monster.

Balor again outsmarted his opponent with a counter Pele kick that led to the Coup de Grace, but Kross reversed the pin attempt into a chokehold that Balor escaped with a double stomp.

With Scarlett’s urging, Kross escaped an abdominal stretch and plowed Balor with a series of elbows until the champion was rendered nearly unconscious. With the momentum on his side and aware that he couldn’t allow Balor to get his second wind, Kross immediately hit a Doomsday Saito suplex and followed with a pair of brutal forearms to the back of the neck that finished the job.

If Kross can have matches like this, then he’ll have a great run as champion. But it cannot be understated just how important the psychology was in shaping the narrative of the match.

This was easily the best-built feud heading into TakeOver as the former Undisputed Era members went to war.

The worst thing about the match was, by far, their new entrance themes. Woof. The other complaint is that it was a little long and was on the verge of wearing out its welcome. But O’Reilly gave his friend-turned-foe his comeuppance with a brutal finish. O’Reilly drove a knee wrapped in a steel chain into Cole’s head, which was perched on a chair.

It took a while to get there, but once it picked up, the match ended up being solid but just a notch under spectacular.

As expected, Cole and O’Reilly battered and beat each other with no remorse. Well, maybe a little remorse. There were a lot more wrestling holds in this unsanctioned match than you’d expect in a blood feud between bitter rivals.

Eventually, business picked up with chairs and chains being brought into the fray. The usage of the chain was creative as the duo used it for neckbreakers, backstabbers and submission holds.

O’Reilly being conflicted over battling his former friend caused him to hesitate for a moment. But he snapped back into it and hit Cole with a brainbuster on top of the announcer’s table, which didn’t break. O’Reilly chased down Cole but was met with a monitor being slammed into his face. Cole brought a toolbox into the ring and attempted to use pliers on O’Reilly. When that failed, he tried to hit his opponent with a tire iron.

A strike exchange was broken up with a low blow from Cole. Cole knocked out the referee for chastising his attempted use of a chair, which was weird because the match was unsanctioned. Cole hit the Panama Sunrise but taking out the referee left him with nobody to count the pin. And then Cole called the referee stupid. And that was also strange.

It was somewhere around this point that the match’s length was starting to be felt. Fortunately, they picked up the action just in time.

There was some back-and-forth on the outside until O’Reilly sank in a guillotine. But Cole drove O’Reilly through the entrance ramp floor. Cole nailed O’Reilly with a brainbuster on the steel steps and then rolled him back into the ring, but O’Reilly barely managed to lift a shoulder to avoid the pinfall. O’Reilly avoided the Last Shot and went for a heel hook. But Cole smashed O’Reilly with the chain to break the hold. O’Reilly countered the Panama Sunrise, hit Cole with a punt kick and followed with a last shot for a near fall.

The two battled again but Cole made the mistake of doing too much talking and not enough fighting. That allowed O’Reilly to return the favor with a low blow and complete the job with that violent finish.

The final stretch was great but the match could have lost a few minutes and been a little more violent considering the “unsanctioned” stipulation. 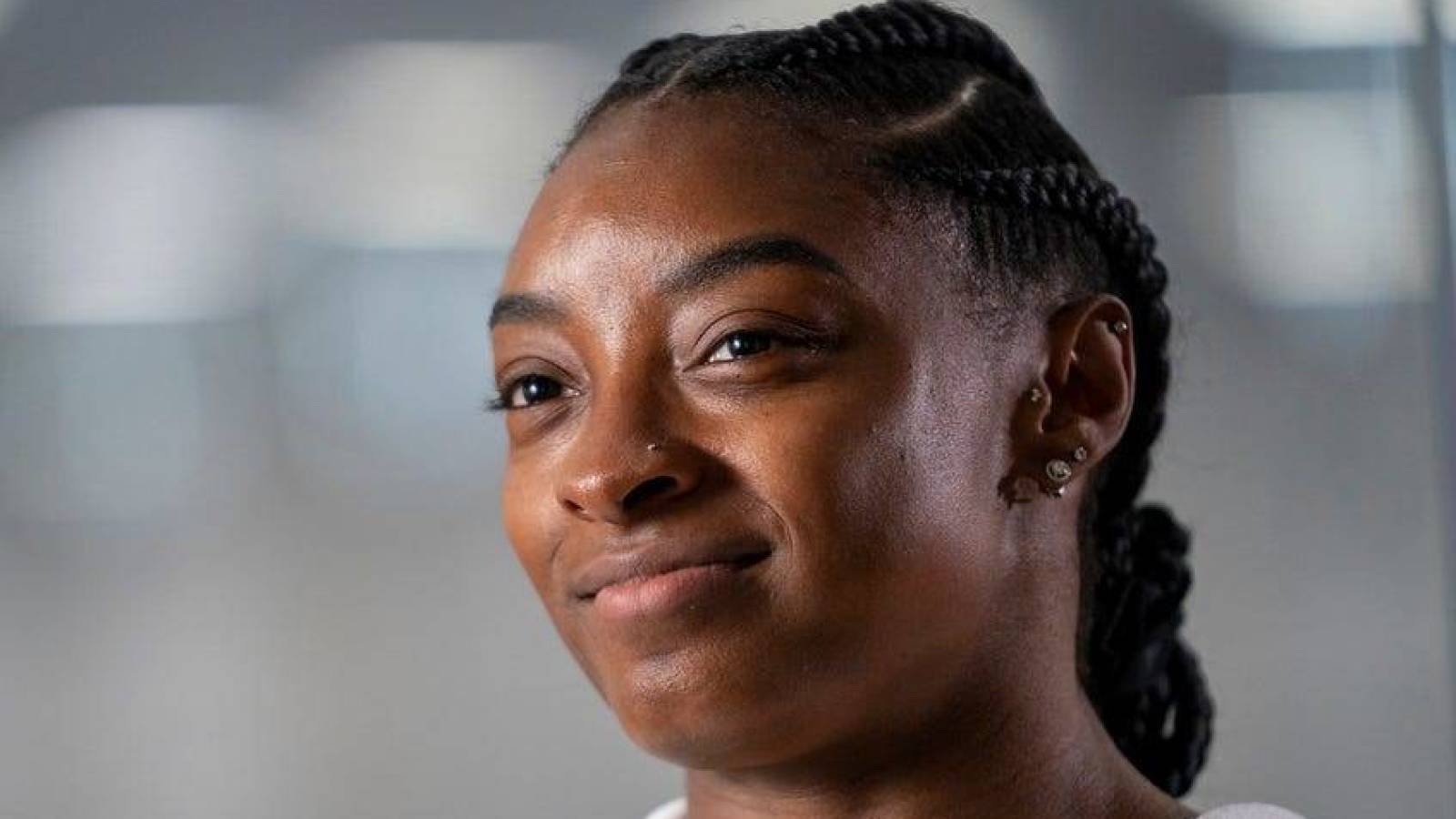