Here, AFP Sport recalls Djokovic’s incredible run of success and the records he has set on the way to becoming the undoubted king of Melbourne Park:

Becomes first Serb to win a Grand Slam at the age of 20 in Melbourne, after bursting into the big time with an emphatic straight-sets victory in the semi-finals over world number one Roger Federer, who had been unbeaten at the tournament for 16 matches.

“Every player dreams of winning a Grand Slam. I am still not fully aware of what I have achieved these past two weeks,” he said.

It was three long years before Djokovic secured a second major triumph, and he put his success down to a gluten-free diet.

It heralded a golden year where he won three of the four Grand Slam titles.

He lost only one set the entire fortnight including defeating defending champion Federer again in the semi-finals, before overpowering Andy Murray 6-4, 6-2, 6-3 in the championship decider.

Djokovic said he decided to change his back room team and behaviour, as well as his diet, after a disappointing 2010.

“Things off court were not working for me, you know.

“I had to try to find the best possible solution and try to get back on the right track. That’s what I did.”

After a five-set battle against Murray in the semi-final, he then had to fight for almost six hours in a war of attrition against Rafael Nadal to win the title.

It was the longest Grand Slam singles final in the Open era and ended at 1:37 am on Monday after the pair walked on court at 7:30 pm Sunday.

“Physically it was the toughest match I ever played,” said an exhausted Nadal, after addressing the crowd with: “Good morning!”

Djokovic was upset in the 2014 quarter-finals by Wawrinka, the eventual champion, but was back to his punishing best a year later.

After exacting revenge on the Swiss in the semi-final he again rolled over Murray for the title, inflicting a humiliating 6-0 bagel on the Scot in the final set to tie Andre Agassi on the all-time list with eight Grand Slam titles.

“I think it has deeper meaning, more intrinsic value now to my life because I’m a father and a husband,” said Djokovic.

The records kept tumbling as he clinched a sixth Melbourne crown to equal Roy Emerson’s pre-Open era record and win a third consecutive major title after Wimbledon and the US Open in 2015.

He would go on to complete the “Djokovic Slam” at the French Open to hold all four majors at the same time.

“It’s an incredible feeling, especially because of the fact that I managed to make history tonight and equal Roy Emerson’s record of six Australian Opens,” he said after winning his 11th Grand Slam crown to match Rod Laver and Bjorn Borg on the all-time list.

After two years battling injury, including undergoing elbow surgery, he swatted aside the challenge of old rival Nadal in the final 6-3, 6-2, 6-3 to claim a record seventh Australian Open and 15th Grand Slam title to go ahead of his childhood idol, American great Pete Sampras.

“It was definitely a sign of destiny to start playing tennis, to aspire to be as good as Pete,” Djokovic said. “To surpass him with Grand Slam titles, I’m speechless.”

Djokovic captured his eighth title and earned his 900th tour-level match win on the way.

Federer was dispatched in straight sets in the semifinal but 26-year-old Dominic Thiem gave Djokovic his hardest final battle since the Nadal epic in 2012.

Djokovic looked on his way out when he could barely run because of an abdominal injury in the third round against Taylor Fritz, but somehow survived in five sets.

He was unable to train between matches, but grew fitter and stronger with every passing round.

As his injury healed he recorded four-set wins against Milos Raonic and Alexander Zverev before racing past Russian qualifier Aslan Karatsev in the semi-final.

Another Russian awaited in the championship decider, but world number four Daniil Medvedev went the way of the Serb’s eight previous final opponents as it took a rampant Djokovic just 1hr 53 min to win 7-5, 6-2, 6-2 and extend his perfect record in finals at Melbourne Park. 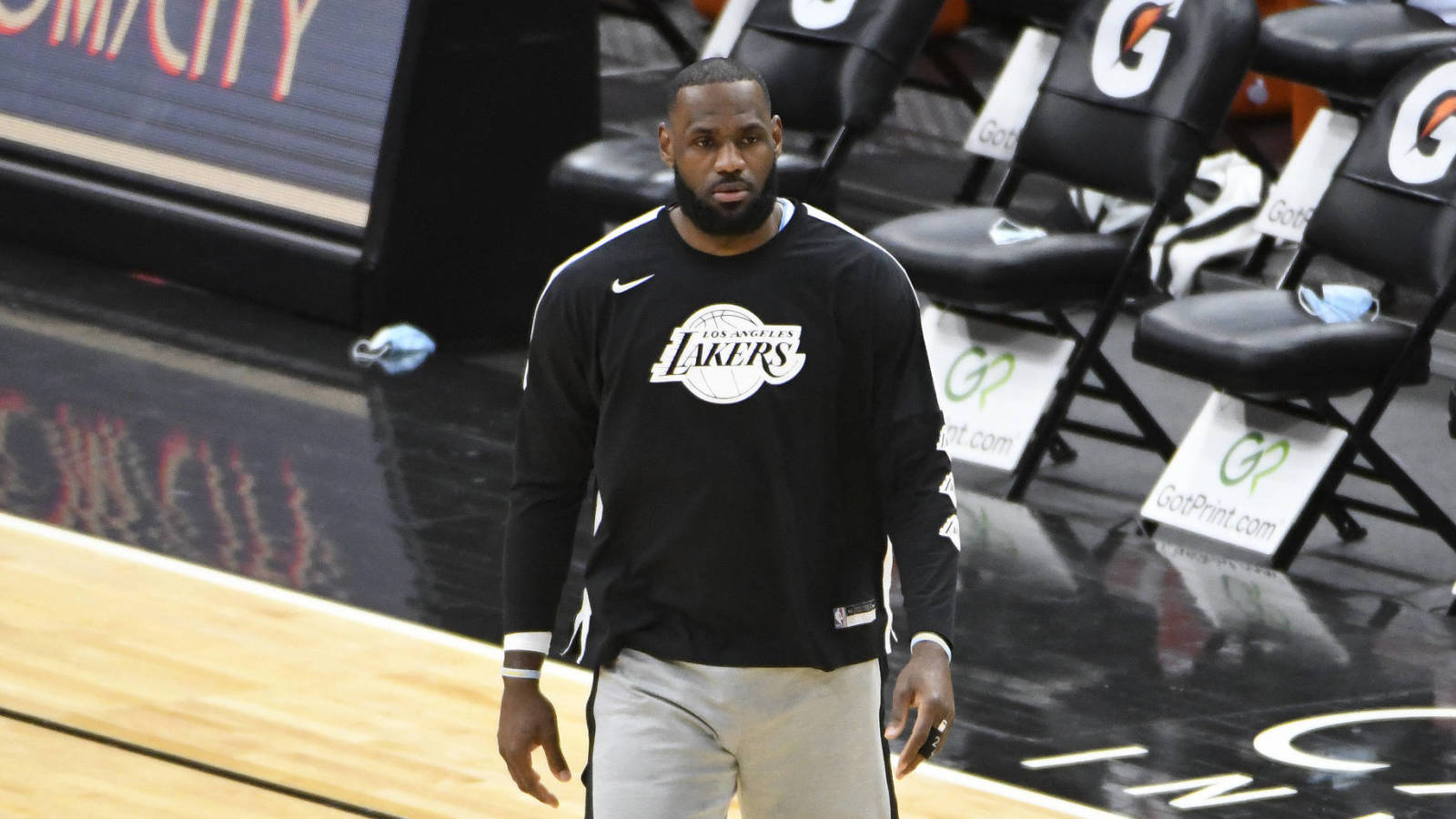 LeBron James almost tried out for the NFL in 2011