Jones Knows returns with his predictions and betting insights across the Premier League weekend and sees wins for Man City, Liverpool and Chelsea.

Fulham remain in the bottom three and have been there since Boxing Day. A run of three straight defeats has really left Scott Parker’s team with work to do, especially with Newcastle welcoming back some of their key attacking players for the run-in.

Fulham’s inability to produce streetwise performances have been to blame but there is a lot of experience in that squad and quite frankly some of the players just aren’t delivering.

I think this will be a fourth defeat on the spin for Fulham, who look woefully short at 11/8 with Sky Bet, as Wolves, despite a wobbly season, have shown an ability in matches to put teams under pressure and find game-changing moments. To the fore of that has been Pedro Neto, who is only behind Bruno Fernandes, Kevin De Bruyne and Raphinha for chances created from open play (14) since the start of February. The talented youngster has two assists during that period and the chances of him grabbing a third this weekend should be snapped up at 9/2.

Has a Premier League football match ever offered up such a big price to finish 0-0? Well, you can get 20/1 with Sky Bet here. It probably should be double that in reality.

City are the top scorers in the Premier League with 66 goals and have found the net 47 times in their last 18 matches whilst Leeds have seen 95 goals scored in their fixtures this season – a Premier League high. Goals should be on the menu in a home win.

You don’t need reminding about Leeds’ inability to defend set piece situations. But I will.

Marcelo Bielsa’s boys have faced 192 shots from a combination of set pieces and corners this season – the third highest in the Premier League. My advice would be to keep an eye on the City teamsheet at 11.30am and see if John Stones is starting. If he does, then the 6/4 with Sky Bet for him to register a shot on goal looks a fair bet. It’s a shout that would have returned as a winner in all three of Stones’ last Premier League appearances and in two of those fixtures he managed to find the net. He’s very skinny at 4/1 to score anytime, meaning the smart play is to simply back him for a shot.

BETTING ANGLE: John Stones to have one or more shots (6/4 with Sky Bet)

This would be an easier game to call if Jurgen Klopp let us know which of his Liverpool teams are going to turn up here.

The one that cantered past Arsenal and Tottenham or the clumsy and unimaginative ones that lost to Burnley, Everton, Fulham and Brighton at home? The Reds had won their opening seven Premier League games at Anfield this season before failing to win any of last eight – surely that run has to end here?

Villa may have beaten Fulham 3-1 last weekend but they played ponderous attacking football for large spells of that game. Their expected goal figure of just 9.9 in their last 10 Premier League matches – the third lowest in the league for that period – defines their creativity problems.

A bet to consider though revolves around Ollie Watkins. One of my most vivid memories of this season will be Watkins continuously running in behind Liverpool during the bonkers reverse fixture between these two.

Villa will be looking to utilise his running power again and when you throw in Liverpool’s high-line, the likelihood of Watkins racking up numerous offsides has to be a play to consider. Only Jamie Vardy has been caught offside more than him this season (26) and along with Fulham, Liverpool have caught the most players offside this season (82) – that’s 17 more than any other team. Timo Werner (four), Richarlison (two), Ashley Barnes (three), Chris Wood (three) and Marcus Rashford (five) are all strikers that have racked up multiple offsides in away games at Liverpool this year. The 3/1 for Watkins to stray three times should give you a fun run for your money.

Yes, Chelsea were really beaten 5-2 by West Brom last Saturday, their only defeat in 16 games under Thomas Tuchel in all competitions. That defeat can be filed in the freak result folder. It’s worth remembering that under Tuchel, Chelsea had conceded just two goals in their first 14 games under him before last weekend, keeping a clean sheet in each of previous seven. Palace are at their most dangerous when space is offered up on the counter-attack but Tuchel rarely leaves his backline exposed through the middle. This should result in another controlled performance from the west Londoners.

An away win will be a popular selection for accumulators up and down the land – but I’d advise ignoring the 1/2 with Sky Bet and concentrate on the Chelsea to win and under 3.5 goals in the match (Chelsea to win 1-0, 2-0, 2-1 or 3-0) at an odds-against price of 11/10. Every win Chelsea have had under Tuchel (11 of them) have been accomplished with the one of the aforementioned scorelines. So if you fancy the away win, it’s certainly the way to go rather than just simply take a very skinny price.

You can rest assured Sean Dyche won’t accept having let slip a two-goal lead at Southampton, there will be no risks taken in this one, especially against a team that could just haul Burnley back into the relegation melting pot.

Newcastle have a big opportunity to pull further clear of the drop zone, but perhaps more interestingly, the Clarets are seven points clear of danger and Steve Bruce’s men can reel them back by registering maximum points. Dyche has a habit of making his boys tough to beat in these relegation scraps. At Tuft Moor this season, they’ve draw with Brighton, Fulham and West Brom, which has been enough to keep their heads firmly above relegation waters.

With Steve Bruce always happy to take a point on the road too, this one looks ripe for the spoils to be shared.

The end is in sight. And West Ham are still in there pitching for a remarkable top-four finish. They’ve certainly made me look stupid on occasions this season, albeit that isn’t hard. I quite fancy them here though due to the way this match is likely to shape up.

The Hammers have the most wins (eight) and points (28) having had under 40 per cent possession in matches this season. David Moyes will be happy for Leicester to have the ball here and use Jesse Lingard as their creator in chief.

The return of James Maddison to the Leicester side will give West Ham plenty of issues to deal with though. He’s likely to be marshalled by Mark Noble, who is set to make his 400th Premier League appearance. He performed well across all the key metrics vs Wolves, winning the most tackles, interceptions and possession won of any West Ham player. That shows the tenacity still burns bright which will be tested up against Maddison, who has got 10 players booked this season – only Harvey Barnes and Jack Grealish rank higher than him in that department. An ageing Noble looks a big price to pick up the first card at 15/2.

Ole Gunnar Solskjaer has done a fine job up until now at managing Manchester United’s workload. Clearly, the Europa League has taken precedence but one-goal wins over Brighton and West Ham have kept the wolves from the door in that regard despite performances not really matching their usual standards. That was the case on Thursday night too against Grenada. It was job done but nothing more.

I’d fancy a fully-rested Spurs at 15/8 with Sky Bet to seriously trouble them here, much like Leicester did in the FA Cup after the away trip to AC Milan.

This may prove a little contradictory but despite not liking the price for an away win, the 7/2 with Sky Bet for United to be awarded a penalty certainly has a touch of value about it. This Tottenham back four are an accident waiting to happen. They have already conceded seven penalties this season in the Premier League with a tendency to make rash challenges against fellow top six contenders. City, United, Chelsea, Leicester and Arsenal have all won a penalty against Spurs this season.

And, here, they come against a team full of trickery and pace in the final third that have won nine already this campaign and one in the win on Thursday night.

Is this a game Mikel Arteta really needs right now? One where anything other than a victory will spark a meltdown ahead of their most important game of the season on Thursday night away against Slavia Prague. It’s a no-win situation for the manager. Arsenal look a little short in the outright markets for this one at 11/20 with Sky Bet but Sheffield United have lost 24 of their 30 Premier League games this season – the joint most by any side in the history of the competition. It’s a no-bet kind of situation for me in terms of outrights.

One price I can get involved with is John Lundstram to pick up a card at a whopping 9/2 with Sky Bet. The midfielder hasn’t learned how to rein in his enthusiasm this season, picking up eight bookings and a red card as his frustration at losing most weeks certainly is clear to see.

BETTING ANGLE: John Lundstrum to be carded (9/2 with Sky Bet)

Sam Allardyce’s men should be bouncing for this fixture – one that the manager will have a big circle around in his calendar. This is a winnable one. But, I can’t quite trust the Baggies just yet, especially against such a tactically astute attacking team like Southampton. However, with their season on the line, I’m expecting them to have a proper go. The shots lines have got my attention.

It took West Brom just 11 shots to score their five goals at Stamford Bridge last weekend. A remarkable ratio considering they needed 85 shots to score their previous five goals which came spread across nine matches. The Baggies have averaged 12.5 shots per 90 minutes over their last four fixtures, so I was surprised to see Sky Bet going 5/1 for them to fire 15 or more shots in a game that should be set up for West Brom to produce plenty of attacking moments.

Those that base their betting decisions purely on the expected goals model should be having a large wager on a Brighton win here, although they won’t be getting much juice in terms of price with Brighton well backed in the market at 5/4 with Sky Bet. When calculating expected goals minus expected goals against, Brighton come out with a +15.5 ratio this season while Everton, despite being on the cusp of European qualification, have a habit of labouring when it comes to xG, posting a -3.08 ratio using the same formula.

Although factoring key performance metrics is a big part of my analysis process, sometimes the market moves far too in favour of teams like Brighton that post extremely positive data. That’s happened here. Everton, at 23/10 with Sky Bet, look worth chancing to take maximum points. Carlo Ancelotti’s team are expertly organised in defence and despite not creating many chances, they know how to play away from Goodison Park, winning seven of their last 10 Premier League games on the road.

If you throw in Richarlison, who has scored six in his last 10 matches and was unlucky not to net vs Crystal Palace, to find the net into the betting mix, you build yourself a lovely 11/2 with Sky Bet to attack.

BETTING ANGLE: Richarlison to score and Everton to win (11/2 with Sky Bet) 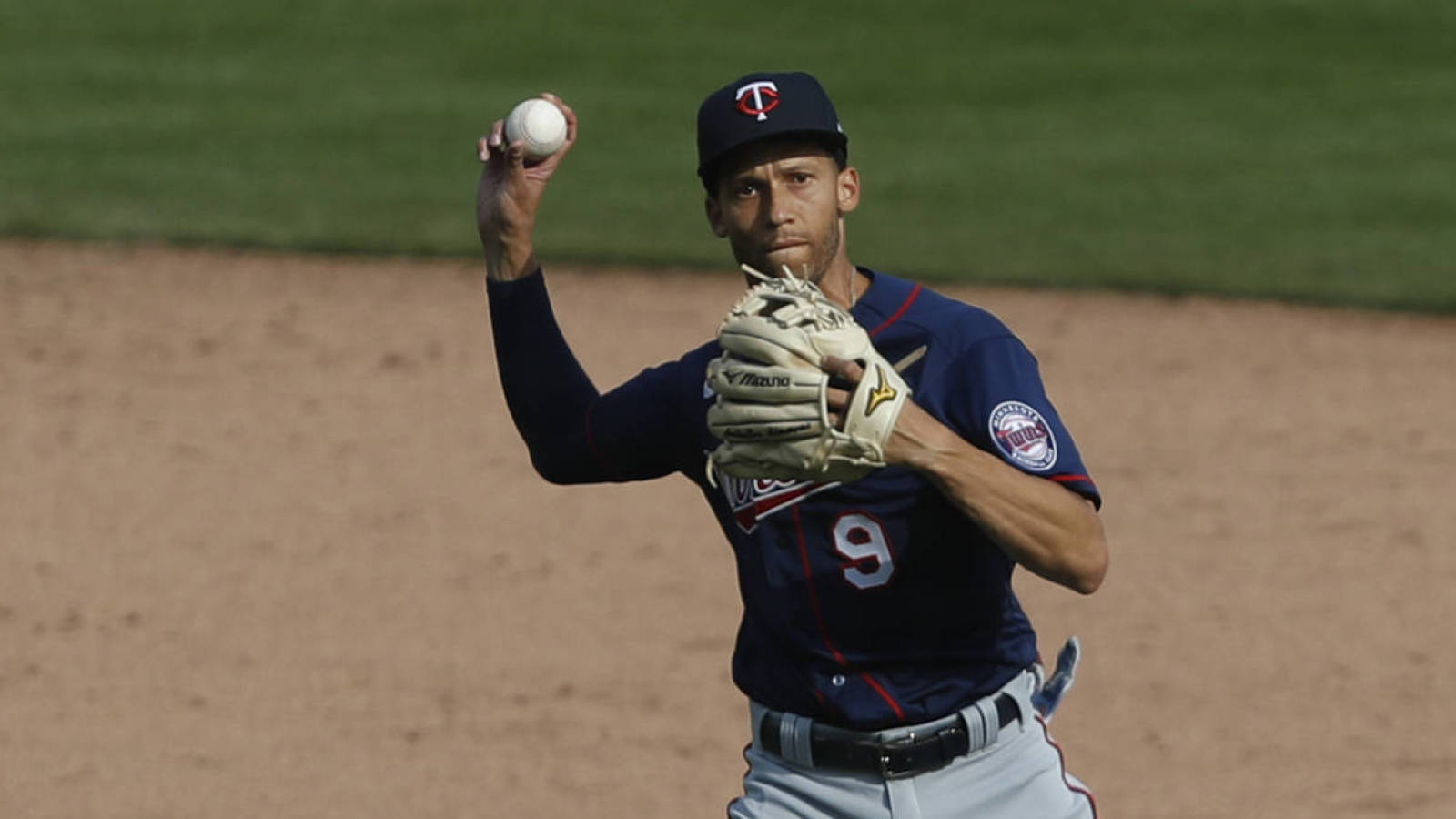 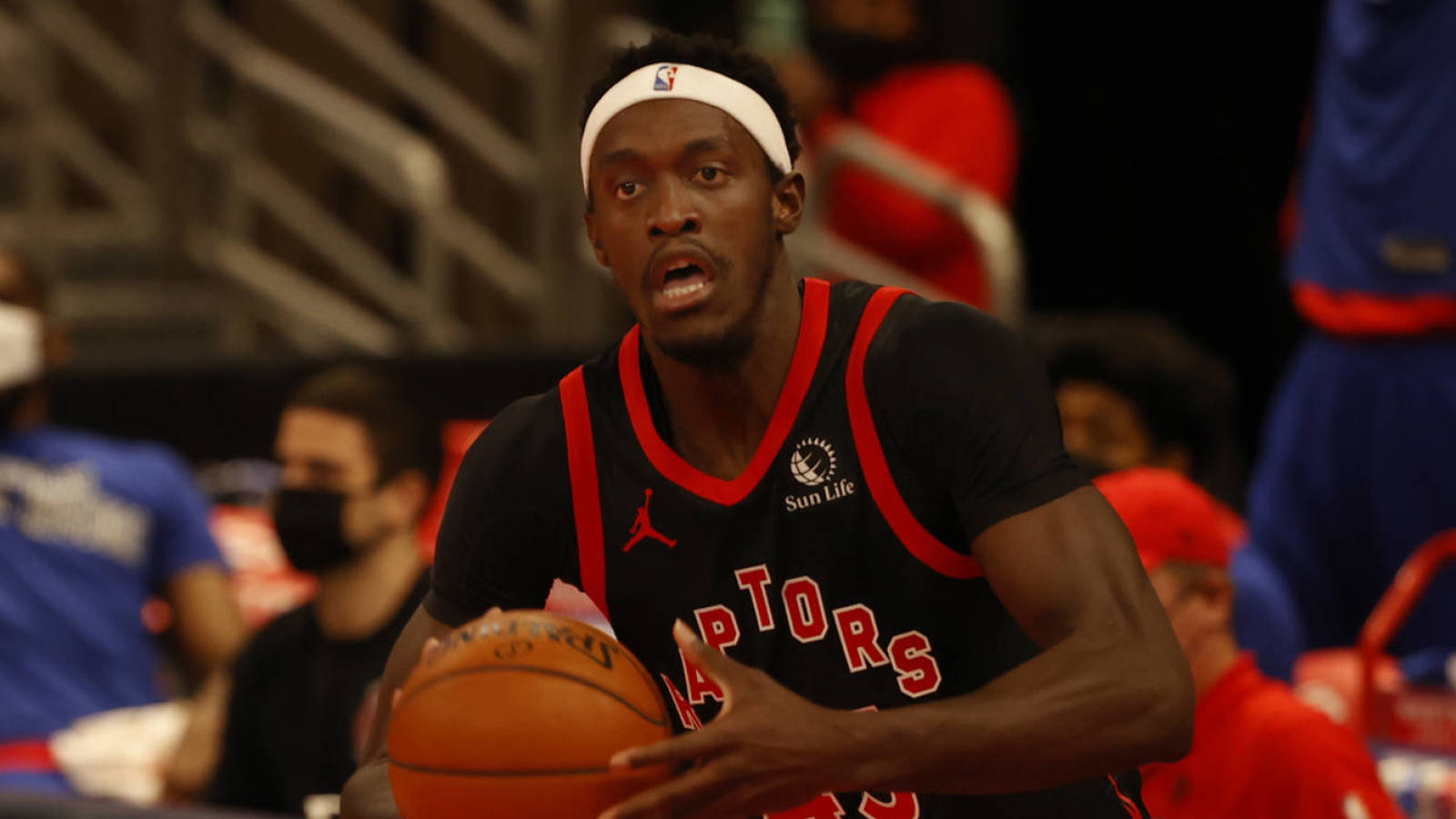 Raptors to be shorthanded again due to COVID absences