Weeks of intensive film study and some conversations with NFL talent evaluators have me in a draft frame of mind. Here are some of the observations I’ve got and some of the words on the street on the 2021 NFL Draft.

The WR class is insanely good

One of the reasons why the free agent market at WR hasn’t really developed as expected is because so many teams trust in the deep, talented, diversely skilled draft class that is about to hit the league.

There are four wideouts worthy of being selected in the top 10: Jaylen Waddle, Kyle Pitts, Ja’Marr Chase and DeVonta Smith. Not all will be, of course. I suspect Smith is the one who drops because of his size, or lack thereof. Chase had a phenomenal 2019 but didn’t play last season, and there are more questions about him than some teams will be comfortable with to take that highly as well.

Pitts played tight end at Florida, but there are two NFL players who come to mind when watching him — and they’re both (very good) outside receivers: Mike Evans and D.K. Metcalf. The fact Pitts can align inside or motion across the formation adds value. A team seeking a traditional, hand-in-dirt TE or even a standard flex TE (think Travis Kelce) is going to be disappointed in Pitts. A team seeking a game-breaking downfield and red zone threat who can be used to dictate matchups and create mismatches in the secondary will value him above any of the collegiate WRs in this class. I have a hard time seeing Pitts not being one of the first six picks off the board, and he could go as high as No. 2 overall. 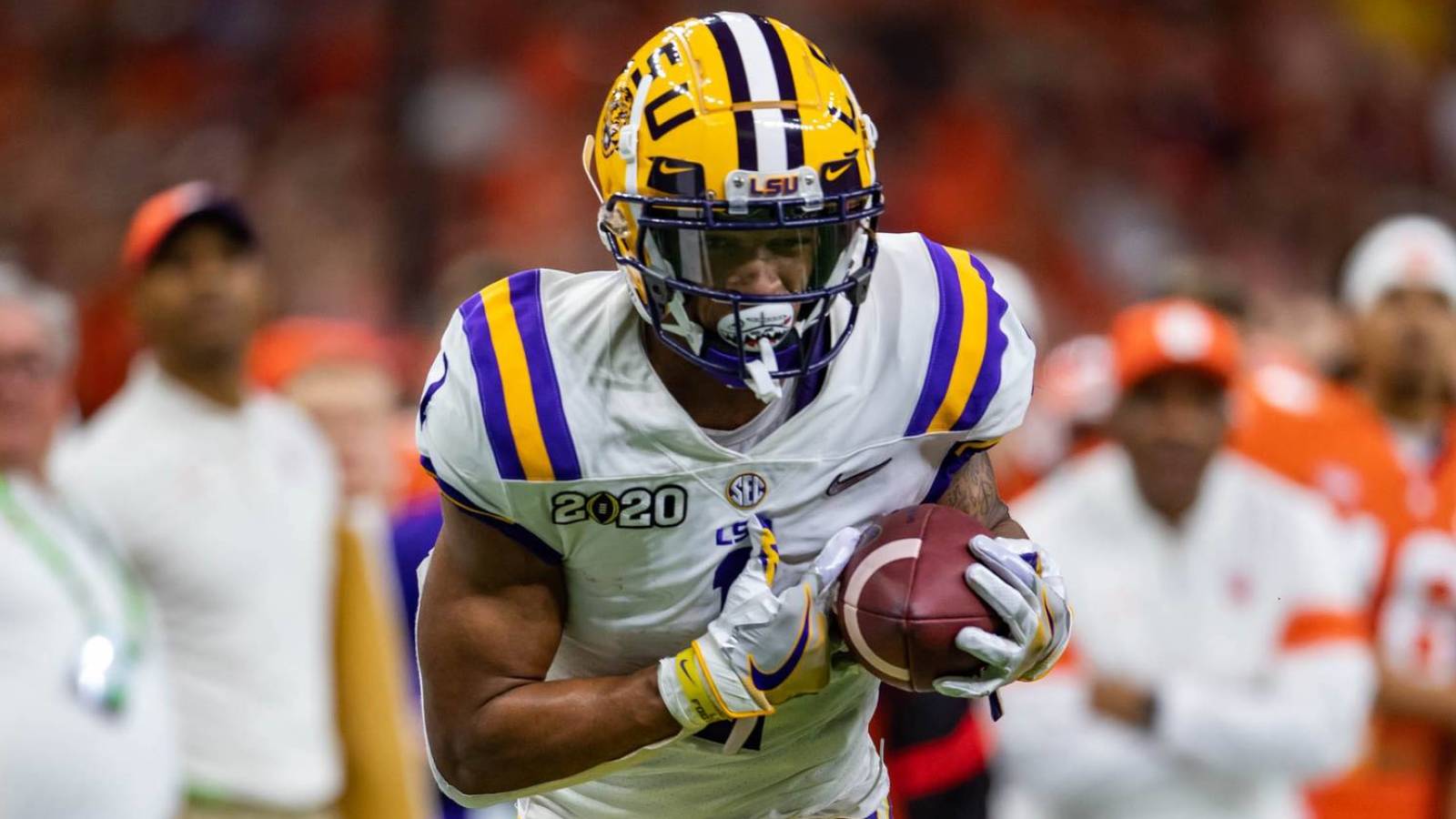 This is based on overall grade, but keep in mind that some players will be better fits with certain teams than other situations. Team fit and preference matters!

One WR I’m not nearly as high on as most are is LSU’s Terrace Marshall Jr., who is generally projected as a late first-round prospect. In the 2020 games I watched (Auburn, Arkansas, Missouri, South Carolina) before he opted out, I saw a lazy route runner relative to his athleticism with iffy hands who didn’t even try to block. There were times where he flashed top-shelf ability, but he was in the well too often for my tastes.

The best OL in the draft 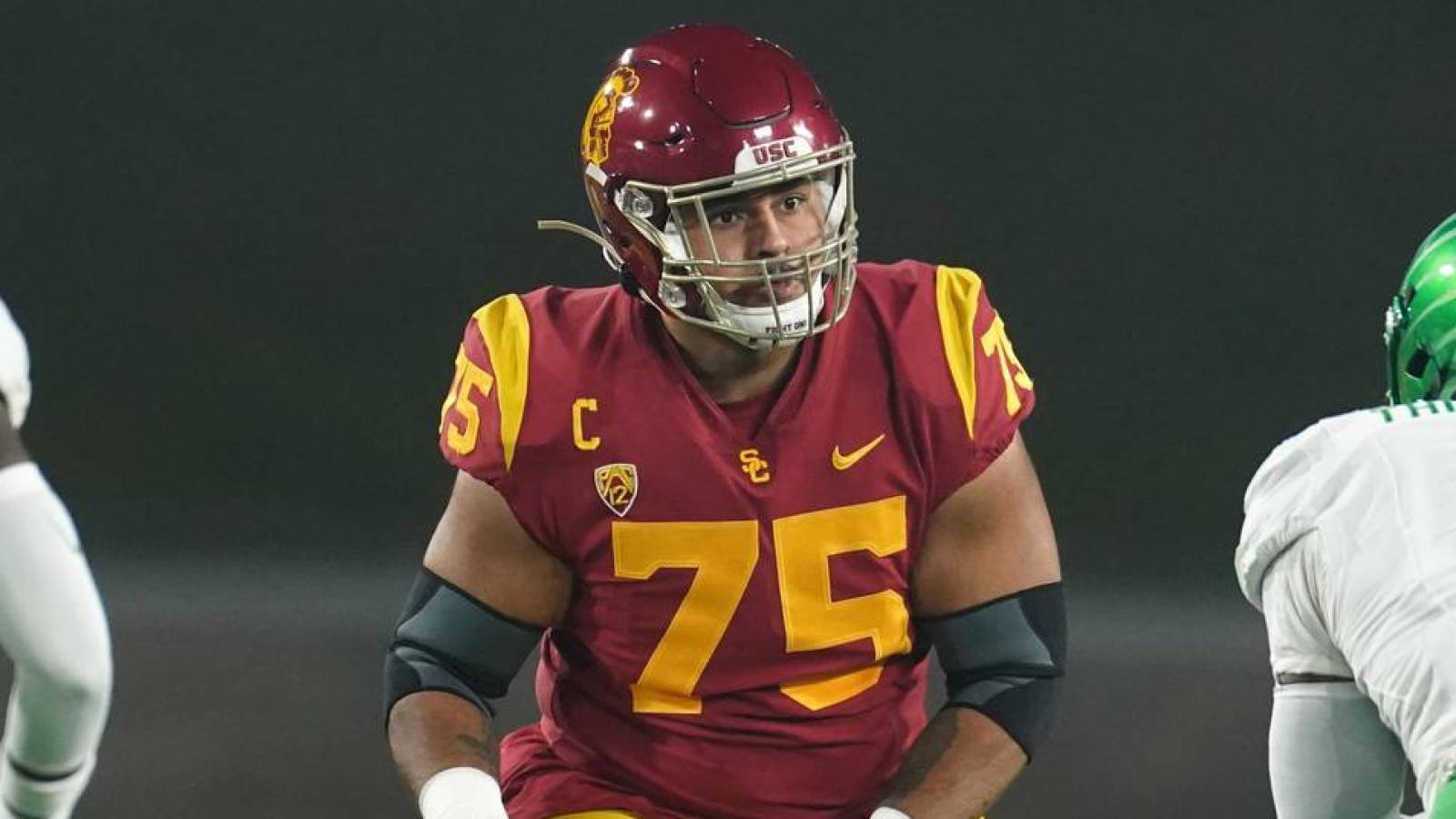 My highest-graded offensive lineman in this class isn’t Penei Sewell from Oregon or Northwestern’s Rashawn Slater. It’s Alijah Vera-Tucker from USC, and it’s not really up for debate.

Vera-Tucker checked every box an NFL team can possibly want in a lineman during the Trojans’ 2020 season. He’s got outstanding functional athleticism, brute power, anchor strength, hand/shoulder/hip technique and coordination, and his footwork got better the more reps he got. He’s played left guard and left tackle and can be an instant NFL starter at either spot. I like him most at right tackle, where he could be an elite presence quickly. He’s “only” 6-foot-4, and his arms are not long, so he will probably shift back inside to guard. He’s a top-10 overall talent in this class for me, and I’d certainly let him prove he can’t play tackle before making the move to guard.

Neither Sewell nor Slater played in 2020, so there probably is a case of “out of sight/out of mind” with their evaluations. I like them both quite a bit, though others will be higher on Slater than I am. There’s some great tape and all-around ability with Slater, no question, but I worry a bit that he plays too upright and relies on recovering well as a tactic instead of a Plan B. All three are worthy top 25 picks for me.

On the flip side, I’ve yet to grasp what some very smart people I typically trust see in Jalen Mayfield from Michigan. I see some athletic tools but not elite ones, not like with Virginia Tech’s Christian Darrisaw or Sam Cosmi from Texas. Mayfield barely played 1,000 snaps in college, and he struggled with his hands, anchor and ability to dictate engagement at right tackle. There is definitely upside, but anything before the latter half of the third round is dictating too much immediate expectation on a precocious player who needs a lot of work before he can capably play in the NFL. 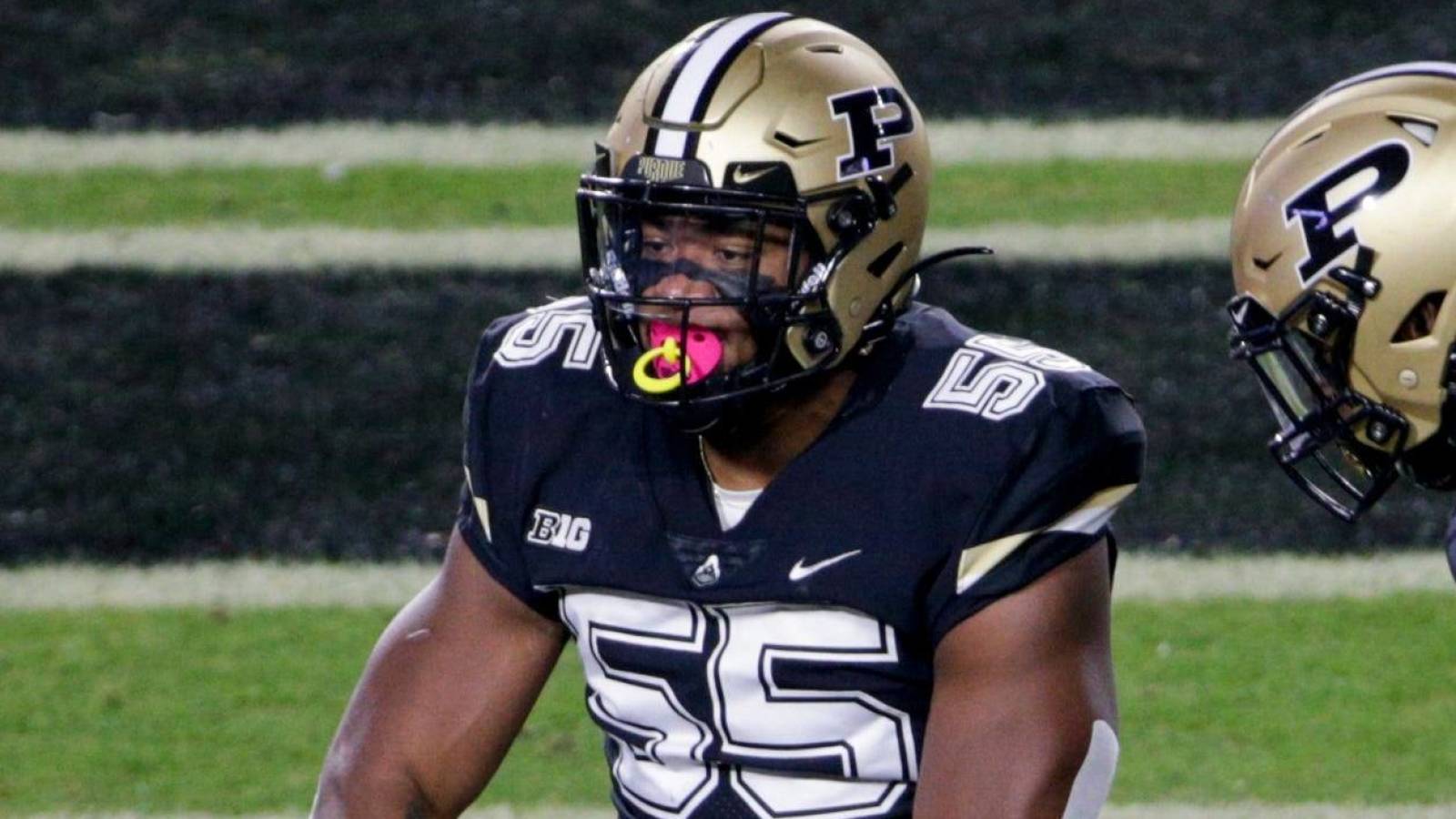 Derrick Barnes, LB, Purdue: A versatile defender who has played both EDGE and off-ball, I loved the development in Barnes’ game in 2020. He was visibly quicker and more alert to avoid blocks, two of the bigger questions entering the season. At the Senior Bowl, he showed he has the footwork and route recognition to drop into coverage and excel. He’s a really good tackler who hits with desirable malice. His range and lateral quickness/footwork are limited enough that he won’t be drafted before the fourth round, but Barnes is a better all-around LB than several players who have been drafted earlier than that in recent years.

Jaylon Moore, OL, Western Michigan: Moore can play either tackle spot or left guard, though left tackle is probably his best fit. A high school tight end, he kept the athleticism and suddenness of being a skill position player while he grew. Moore needs more consistent technique, but I liked that he wasn’t out over his skis so much as a senior compared to his earlier career. The Broncos program has quietly developed some legit NFL offensive linemen in the last few years. Moore is less NFL-ready than some of them, but he’s a player who can start out as a swing tackle and emerge as a viable starter in 2022 or 2023. That’s a fifth- to sixth-round value.

Milton Williams, DL, Louisiana Tech: Williams might have tested his way into the Day 2 mix, but that’s where he’s always belonged. He’s a freak athlete with outstanding speed-to-power and balance at top speed for a 284-pounder. Williams plays in the vein of Sheldon Richardson or Leonard Williams, versatile enough to play as an upfield rush 3T, perfectly at home as a 5T but quick enough and smart enough to play outside the tackle too. His lack of length (6-foot-3 with short arms) will limit him some, but Williams is a baller, ladies and gentlemen. Top 50 talent for me. 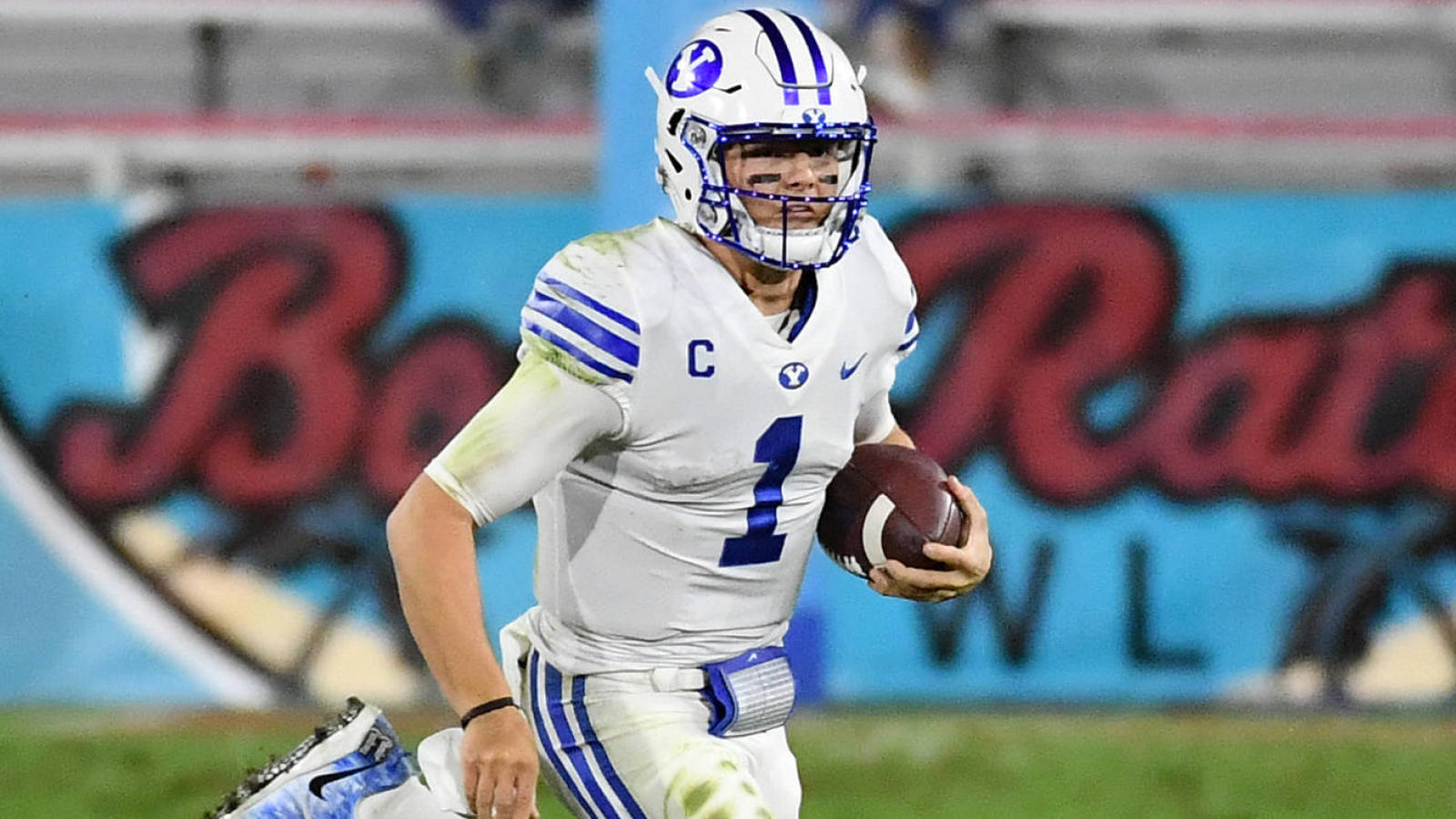 –Don’t be surprised if the tide of opinion turns very quickly on BYU QB Zach Wilson. Last month’s wunderkind has been more under the microscope in the draft media. From what I’ve gathered, he’s already had that treatment from the NFL teams, and we’re just catching up. Wilson is much less a lock to be a top-five overall pick than widely assumed, though it only takes one team to believe. The notion that he’s superb in 7-on-7 but not necessarily 11-on-11 came from the NFL, not the media.

–Alabama’s Christian Barmore is a top-30 pick. After that, it’s hard to project any other interior defensive lineman (one who can’t also play outside) in the first three rounds. I happen to like Washington’s Levi Onwuzurike as a top-50 talent, but that’s not an evaluation shared by a lot of NFL employees.

–This is my interpretation of Mac Jones and his pro day workout at Alabama, specifically listening to former Auburn coach Gene Chizik on the SEC Network. When Chizik talked about him as a good complementary piece and a top-half-of-draft player, that’s the exact right prism to view Jones. Interestingly, the Crimson Tide alumni on the broadcast, including former Alabama QB Greg McElroy, definitely downshifted the hype and basically concurred with Chizik’s evaluation. Good for them.

I see Jones somewhere between Kirk Cousins and Brian Hoyer as an NFL player, with the potential to maybe hiccup into being Jared Goff or even Ryan Tannehill for a year or two when given a great supporting cast. It was refreshing to hear people significantly closer to the situation reflect those same basic views and tone down the top-15 overall hype. If he went to Indiana and not Alabama, there isn’t an employable NFL GM who would draft him in the first two rounds. I do like the high-floor potential and underappreciated athleticism Jones displays, having said that.

–Two prospects the NFL seems higher on than the draft media, based on a conversation I had with a current director of collegiate scouting after a recent pro day are Kentucky LB Jamin Davis and Tulane DE Cameron Sample. I like what I’ve seen of Davis in limited viewing but haven’t studied Sample beyond his Senior Bowl week and watching Tulane’s games against Houston and Memphis in real time. 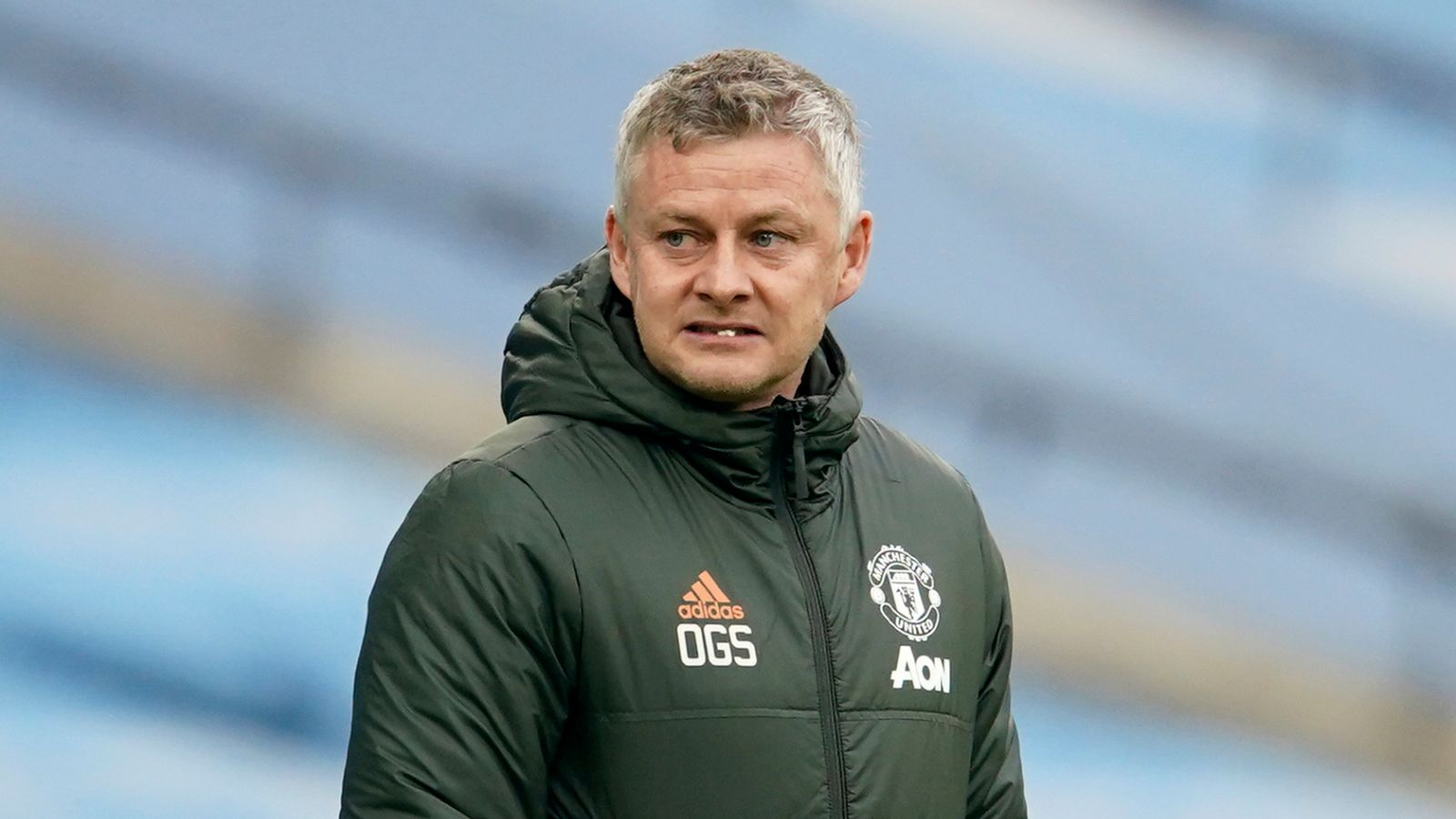