Rookie life in the NHL is a lot better than it used to be.

There was a time when young players stepping into the league were expected to “know their place,” with the understanding that wherever that place was, it was somewhere beneath the thumbs of the veterans.

Red Fisher, the late, legendary hockey writer with the Montreal Gazette famously wouldn’t talk to rookies until their first year was over. That wasn’t all bad because inside hockey dressing rooms, rookies were afraid to speak anyway.

On the ice, an elbow to the jaw from Gordie Howe or Mark Messier was considered a suitable rookie welcome (Ottawa’s Tim Stützle will tell you that sticks to the face are the modern equivalent).

Times have changed, mostly for the better, for a number of reasons. Teams are recognizing the value of building around young players — today’s Ottawa Senators are a prime example.

Rookies like Stützle, Josh Norris, Alex Formenton, Erik Brannstrom and now, NCAA departures Shane Pinto and Jacob-Bernard Docker, are having an impact. (Although, JBD is being eased in on the Senators blue line).

The sooner those young players get welcomed into an organization, the sooner they can blend into a team’s culture and win games. As a byproduct of recognizing the value of young talent, rookies are allowed today to display their personalities, even flash a good celly, which was frowned upon in caveman hockey.

But the biggest difference of all is what the rookie player brings to the table. The skill level, polish and overall maturity of modern rookies can be astounding.

Pinto, 20, a 2019 Ottawa draft pick (32nd overall), played his first NHL game on Saturday versus the Montreal Canadiens, and it was one of the more impressive debuts we can remember, considering it was packed into 9:24 of ice time.

It wasn’t that Pinto was Connor McDavid flashy, but the overall depth of his game was eye-opening. We’ve all seen NCAA players step in and struggle at hockey’s highest level, but here was Pinto winning 67 per cent of his faceoffs (4/6), including a defensive zone faceoff that led to an empty-net goal and his first NHL point.

That head coach D.J. Smith had the temerity to play Pinto that late in a game when Ottawa was protecting a lead, was telling. But Smith had seen enough of Pinto’s prowess in the circle, and two-way game to instill confidence from the coach.

Even more impressive, Pinto was picking off passes like a young Mark Stone. He was credited with a game-high three takeaways, but I swear I saw more pucks than that end up in the cranny of that massive blade of his.

“I would have liked to get him a little more (ice time), but he was really good,” Smith said, after Pinto’s first game, a 4-0 victory. “You can see his hockey sense. It’s tough on the road, I can’t get the matchups. But — he won important faceoffs. He gets himself an assist. He knows where to be on the ice. And he’ll only continue to get better.”

Pinto, who as a sophomore at the University of North Dakota was a Hobey Baker finalist and NCHC top defensive forward, takes pride in the nitty-gritty of his play. Not just the faceoffs, but the pickoffs as well.

“The coaching staff at UND worked on the details of my game,” Pinto says. “I tried to bring that to the next level. It’s a lot about positioning, and I take pride in that, so hopefully I can continue to do that.”

It seemed to work out for Mark Stone.

Now that the roster has gotten younger, the Senators are giving some of what are traditionally veteran roles — penalty killing, for example — to the kids. What a treat to see first-year players like Pinto, Alex Formenton and Erik Brannstrom doing their thing on the PK. The Habs didn’t get a sniff in four power-play chances on Saturday.

“What other time are you going to give them that chance, we’re down the stretch here,” Smith says, by way of explanation for deploying rookie killers.

“And they’ve all been good at it. They’re all real good thinkers. They’re fast. Pinto is going to be able to win us faceoffs. You can see how heavy his stick is.

“Formenton flat out flies and he’s a danger to the other team every time. He kind of reminds me of Michael Grabner in his heyday, picking off passes and getting a breakaway a night. There will be growing pains. But he’s going to be a really good penalty killer for a long time.”

Apologies to Josh Norris for taking this long in the column to tip a cap in his direction. No biggie, Norris would say. He’s used to getting ignored.

Blame our limited attention spans. Fans have focused on the excellent season of Minnesota’s Kirill Kaprizov (who turns 24 next week), and early on gave Stützle his due. But quietly, and with typical Norris stealth, the 21-year-old Norris has built one of the most complete rookie seasons in Senators franchise history.

Norris is third in points among NHL rookies and tied for second in goals (with Jason Robertson of Dallas).

More important than his point totals, Norris is playing the role of a true No. 1 centre, playing big minutes against the best centres of the North Division, from Draisaitl to Matthews to Scheifele etc.

Norris is driving play on Ottawa’s improving power play — his 12 power-play points are second only to Drake Batherson’s 13. With five power-play goals, on a heavy shot with a quick release, Norris is tied with Brady Tkachuk for the team lead. And he’s heating up. Norris has six points in his past four games and four goals and nine points in nine April games.

Norris is not only surviving against Canada’s top centres, he is thriving. His 53.4 per cent winning percentage on faceoffs is simply outstanding. Remember how it took Sidney Crosby a couple of seasons to reach 50 per cent in the circle?

As Smith tells it, Norris faced baptism by fire in late February when veteran Derek Stepan was lost for the season to a shoulder injury. Stepan was supposed to help carry the load, at least as a defensive centre, taking faceoffs in key situations and checking the likes of McDavid and Matthews.

“With the injury to Stepan, (Norris) has essentially become the guy to play against them,” Smith said recently. “For a young guy, in his first year, to be able to do that is incredible. He’s only going to continue to get better and provide offence. A two-way centre is a hard guy to find and he’s a great kid to go with it.”

On Saturday, Smith heaped praise on the “Norris line” with Tkachuk and Batherson for their effort against Montreal’s top defensive pairing of Shea Weber and Ben Chiarot. That line had a seven-point game, including Batherson’s two goals. Norris had two assists and was 71% in the faceoff dot.

How beneficial it was for Norris to get a year in the AHL last season with the Belleville Senators and head coach Troy Mann to work on his game and essentially prepare for this role. Norris also credits Senators assistant coach Davis Payne for helping him with his draws.

We would never call Norris cocky. He’s too nice to be that. But the kid exudes confidence to the point that he has that rare quality for a 21-year-old — a real presence on the ice, beyond his obvious speed and skill.

There is a contagious sense that Norris is going to get the job done. A former first-round pick of the San Jose Sharks (19th overall, 2017), Norris was a gem acquired in the Erik Karlsson trade in 2018.

“It’s been a good year,” Norris says. “As the season has gone on I feel like I’ve gotten better and that’s something you want to see. I think I’m getting rewarded for my work.”

Once pencilled in as Ottawa’s second-line centre of the future, Norris is quietly auditioning for the top-line role. 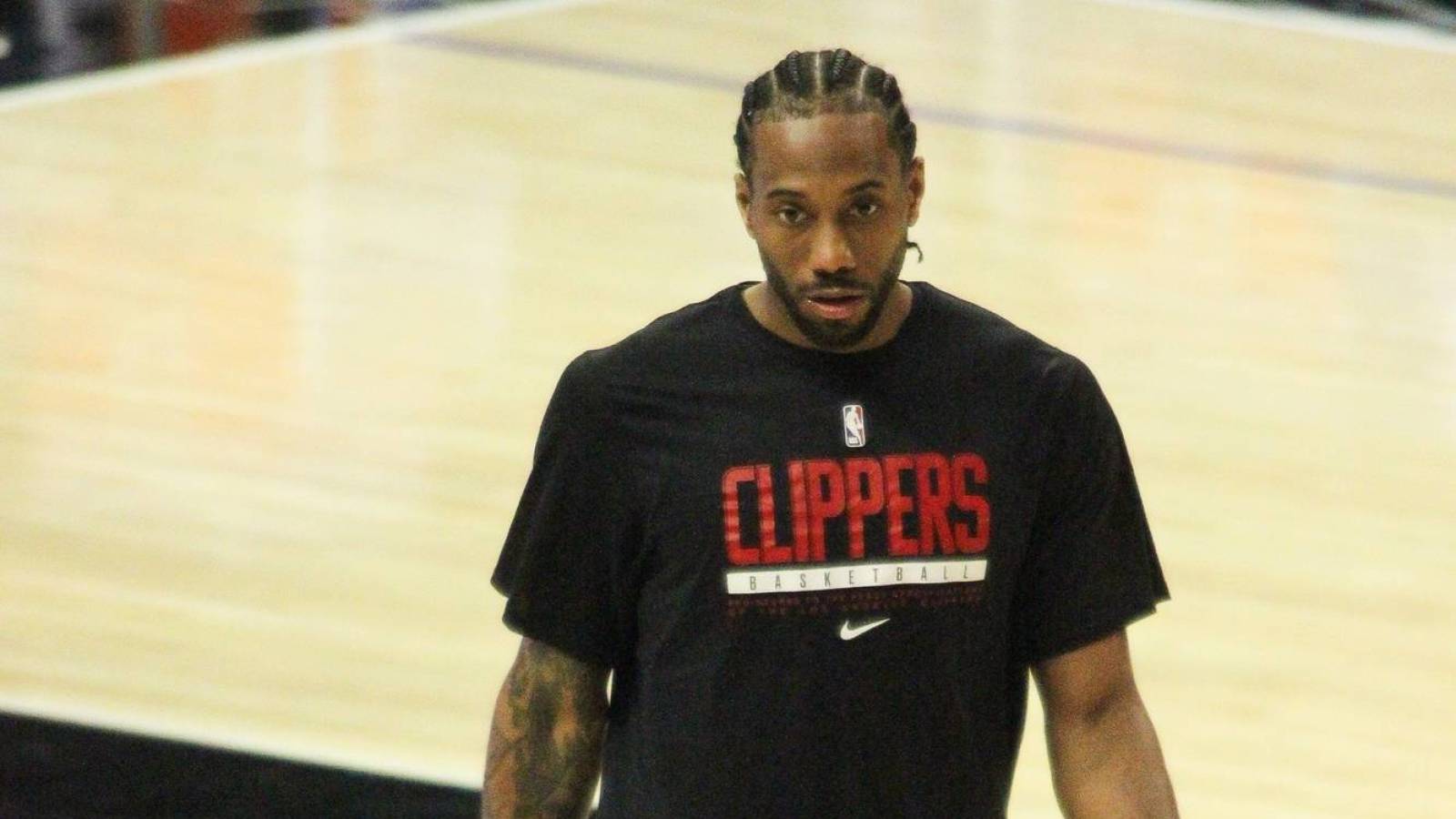 Kawhi Leonard out until at least next week