The Mighty Ducks are back.

On March 26, Disney launched its reboot of the old hockey franchise with “The Mighty Ducks: Game Changers” on its streaming service Disney+.

Based on the 90s movie that spring-boarded a generation of hockey fans, the newest version focuses on Evan, a hockey-crazed kid in Minnesota who gets cut from the Mighty Ducks — now a top-level and championship-winning peewee team — and forms his own team with the help of his mom (played by Lauren Graham).

Since it’s basically a what’s-happened-since-the-original-Ducks-movie type of show, Gordon Bombay (Emilio Estevez) is back and appearances by more of the original cast are expected later in the series. But if you want to see the whole season in one fell swoop, Disney is only releasing one episode at a time — every Friday through April 30.

While the 2021 version is predominately geared to a new generation of Ducks fans, the reboot has already dropped a number of Easter eggs for the, er, older generation in the first episode.

Here are a few that we could pick up.

The first throwback nod comes within the first two minutes of the episode.

Two kids are hosting a Mighty Ducks podcast at the team’s first practice of the year. They disclose that the modern-day version is a powerhouse and has won a record 10 state championships.

“Little different than the Ducks of the 90s, they actually used to quack,” Mary Joe says with a laugh.

Well, yes kids, they did quack in the original movie, and yes kids, it was adorable because ducks stick together.

The 2021 Ducks skate at Hendrix Hockey Pavilion, which might just be the only homage to “D2: The Mighty Ducks.” In the movie sequel, Hendrix is the sponsor of Team USA at the Junior Goodwill Games and, if you’ve never seen the movie, the Ducks basically become Team USA.

According to Urban Dictionary, a cake eater is a Minnesota-based term for people that are “so rich they can have their cake and eat it too.” Jesse throws the term around a few times, usually at Adam Banks, but he does call Gordon Bombay it too.

“Forget it, cake eater,” Jesse Hall says to Bombay in the locker room before storming out with his brother Terry after the coach says he’s adding Banks to the team. Jesse also calls him a cake eater, more as a term of endearment, at the end of the movie when Bombay is shipping off to the minors.

In “Game Changers,” Bombay now runs a rink and he eats cake — a lot of it — but it’s the leftover cakes from kids’ birthday parties. He’s no longer a rich lawyer, but he can eat his cake.

While it’s definitely not the proper equipment for playing hockey, Dave Karp is seen sporting a football helmet before District 5 gets sponsored and becomes the Ducks back in 1992.

In Episode 1, Coach T (played by Dylan Playfair) asks, as the kids are skating out onto the ice: “Is that a football helmet?”

And yes, one of the kids is sporting the helmet.

It’s pretty evident that Evan is the new Charlie, so it was a nice touch to have him sport a sweatshirt similar to the one Conway wore for Bombay’s first game as District 5’s head coach when he was at the still-to-be-named team’s first practice.

“Flying V” Evan yells as he leads his new team — The Don’t Bothers — out onto the ice.

You may recall, the Flying V was the Ducks’ go-to move back in the day when a goal was needed.

This may be the ultimate Easter egg in the first episode and it’s brilliant.

Bombay tells Alex when she asks him to coach the new team: “I hate hockey and I don’t like kids.”

In the original movie, he utters the exact same line to the team when he meets them for the very first time after pulling his stretch limo out onto the frozen pond. 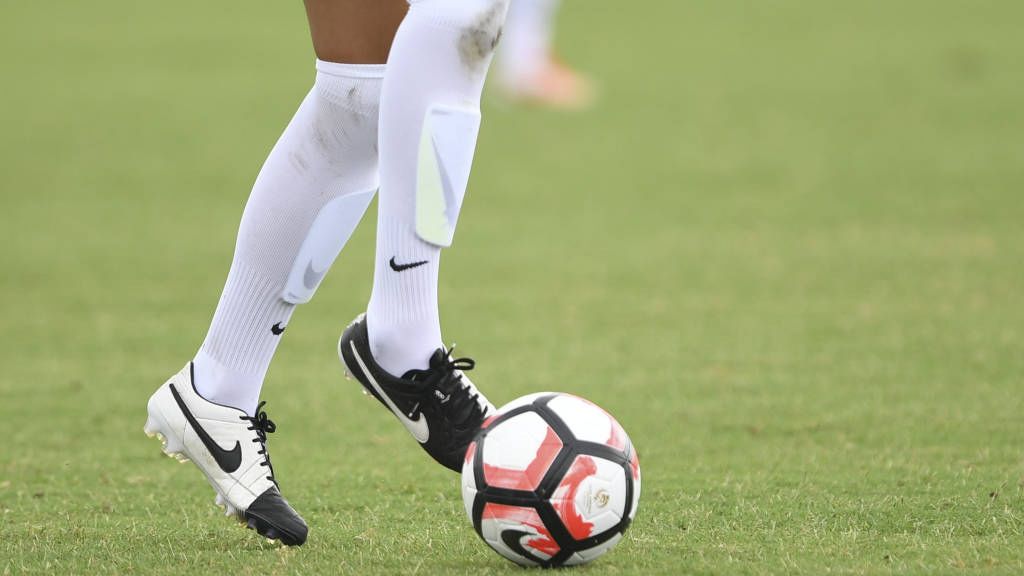 Week 17: Soccer Players of the Week