Shockwaves spread throughout the sneaker world last night, when it was revealed that Vanessa and the Kobe Bryant estate has allowed their Nike deal to expire without renewal. Kobe reportedly signed a 5-year extension on April 13, 2016, the day of his last game and a company holiday for Nike known as “Mamba Day.”

Nike later released a statement acknowledging the end of the sneaker partnership:

Vanessa Bryant said she there was growing frustration due to the limited availability of Bryant’s sneakers, all of which have sold out quickly on the SNKRS App since Kobe’s passing. Another point of ire was the lack of kid’s sizing in the Kobe line. Kobe was heavily involved in his Mamba Academy to help unlock the hoops potential in kids like his daughter GiGi.

According to ESPN, Nike presented a contract extension to the Bryant estate, but fell short of the expected lifetime deal that was given to LeBron James and Michael Jordan.

Future releases, including the multiple colorways of the Kobe 6 Protro, look to be halted at this time. The “Sheath” logo is co-owned by Nike and the Kobe estate, so future product likely needs approval on both sides.

So what happens next? Only Vanessa Bryant knows, but here are the scenarios that we may see in the future for the Kobe/ Black Mamba brand.

Kobe may have started his career with adidas but the bulk of his playing legacy is with Nike. 18-years to be exact, all while winning his 4th and 5th championship in the Kobe 4 and 5, respectively.

The Nike x Kobe legacy continues to this day as 102 players wore Kobe sneakers in last year’s bubble. Accounting for all the players in Orlando last year, that’s 1/3 of all players lacing up a pair of Kobes. You can search our lockers to see the popularity of Nike’s Kobe sneakers historically amongst players as well. Active Nike Basketball athletes that rock Kobe’s every game include Ja Morant, Devin Booker, and DeMar DeRozan.

All of this just shows you the lasting legacy that has come from the partnership between Kobe Bryant and Nike. The kids sizing and availability can change, although most shoes are planned out a year in advanced. The contract expiring might delay this, if the Bryant estate chooses to re-sign at all. The largest divide may be in the years and financials in a future deal, as you’d expect the money on a lifetime deal to be substantial. For reference, LeBron’s lifetime deal signed in 2016 was reportedly worth up to $1 billion.

Will the Kobe Bryant estate reconsider a yearly deal, or would the swoosh give in and provide a lifetime deal? We’ll know in due time.

An intriguing news story dropped in December 2020 that hinted at Bryant leaving Nike after his contract ended. A year prior in December 2019, entrepreneur Shervin Pishevar was in talks with Kobe to start his own Mamba Brand.

At the time, Kobe’s A.D. line and the Kobe 1 and 4 Protro styles weren’t selling like they were before his retirement. Pishevar heard this from Bryant himself, and even got to share a mock-up of what future independent designs could look like.

While Nike co-owns the Sheath logo, the Kobe Bryant, LLC has filed for trademarks and logos throughout 2020-2021 hinting at a wider Mamba brand that also incorporates his daughter GiGi.

With a Mamba brand that Vanessa likely will own the majority of, the estate can have better control over Kobe’s image. Vanessa can also better dictate what type of product to release like kids footwear and even apparel with accessories.

With the positives in mind, there are drawbacks in starting a brand. A partnership with Nike or any other established sneaker brand has the benefit of advanced logistics. With sourcing factories, materials, and creating lasts for extended sizes, upfront costs can add up. Larger companies like Nike have the benefit of making thousands of products with large research and development budgets.

Partnering with smaller firms or starting up independently will be a struggle, with Big Baller Brand as the last case study to make waves only to fall flat later. That company’s first line of the ZO2 were never sent to purchasers. LaVar Ball had to partner with Brandblack (a then-subsidiary of Skechers) to design the updated ZO2 Remix to send to customers. Big Baller Brand no longer sells footwear at the time of writing.

Prior to BBB, Kanye West revealed in 2016 that starting a women’s line of his Yeezy SZN apparel collection had him $30 million in debt, while spending $16 in startup costs alone. Kanye has since become a success with his adidas Yeezy line, also signing an apparel deal with Gap in 2020.

Signing with a Chinese Brand

With the aforementioned trademarks in mind, the Kobe Bryant estate can try licensing the Mamba logo to other brands. While Kobe never wore Chinese brands like Li-Ning and Anta, his immense popularity in China could bring out the checkbook from these companies.

For years, Kobe was the most popular athlete in China, surpassing world renowned athletes like LeBron James, Michael Jordan, and Cristiano Renaldo. LeBron famously said during the 2008 Beijing Olympics; “I thought I was famous until I (got to) China with Kobe.” The Black Mamba’s popularity stems from his rise alongside the expansion of basketball in the country.

Kobe also embraced the culture, making almost yearly summer trips to China with Nike to market to the region. He cited his worldly upbringing in Europe traveling with his pro hoops father as a reason he shows his appreciation for others’ cultures. Bryant’s graceful movements and clutch shots also endeared him to the nation, with fans finding him very emulatable on the outdoor courts of China.

A case study for success for the Mamba Brand in China is Dwyane Wade. The former Miami Heat star took a leap in 2012 by leaving his Jordan Brand deal to sign with the little known brand Li-Ning. Prior to this deal, the Chinese company had a short run with Baron Davis sneakers in the U.S., but not much else. The global potential was huge though, as Li-Ning’s presence as a Chinese-born brand helped the company thrive in the mainland.

Since then, Dwyane and Li-Ning have released 9 signature models, with Wade signing a lifetime deal of his own in 2017. Li-Ning recently signed Jimmy Butler amongst other active NBA stars to an endorsement deal.

As of 2018, Wade has 11 standalone stores in China amongst the more than 7000 Li-Ning stores across Asia, according to Nick DePaula.

Chinese brand Anta also has endorsers in the NBA like Klay Thompson and rookie James Wiseman. According to Forbes, Anta had over 10,000 stores in Asian in 2020.

As for negatives on the Chinese brand option, distribution of these brands in the U.S. have looked limited. Searching for Li-Ning Way of Wade product will lead to resell sites like StockX, with no retailers currently carrying the line. Anta has some more luck with a Klay Thompson signature style currently selling at NBA Store. This pales in comparison to the distribution of American and European sneaker companies, with Nike and adidas sold at Foot Lockers and Dick’s Sporting Goods in malls across America.

The only other options for U.S. fans right now are overseas shippers like Sunlight Station and the Anta Shop. You’d imagine this limited U.S. distribution would need to change before a deal with the Mamba brand can take place.

Signing with adidas + Other Brands

Some nostalgic fans of the “Frobe” days may want to see a move back to adidas, which Kobe repped for the first 6 years of his career. Could a return with the 3 stripes be in the future? That doesn’t seem likely if Kobe’s past is taken into account.

Kobe wanted out of his adidas deal so much that he accepted a season-long cool-off period in which he couldn’t sign with another company.

In that sneaker free agency period, Bryant rocked many brands. You can scratch Jordan and Converse off a Mamba lincense list, as both are subsidiaries of Nike. Reebok has released Laker colorway sneakers in recent years, but the company currently is still a subsidiary of adidas (for now.)

That leaves only AND1 as a brand Kobe wore in that sneaker free agency period, although he did so sparingly. The brand also looks to be in their twilight years, not matching their popular mixtape era in the mid-2000s.

Of course any of the other sneaker brands in the space can make waves with the Mamba branding. Puma and New Balance have drawn buzz with names like J. Cole and Kawhi Leonard. Both companies will have to create a marketing plan that will inevitably be compared to Kobe’s work with Nike.

There isn’t a perfect fit right now for a sneaker company in relation to Kobe. If anything, the Kobe Bryant estate may opt to try going independent while also licensing to other brands to maximize the continuation of the Mamba legacy. The future is cloudy now, but we’ll keep you posted if any news breaks on future Kobe sneakers. 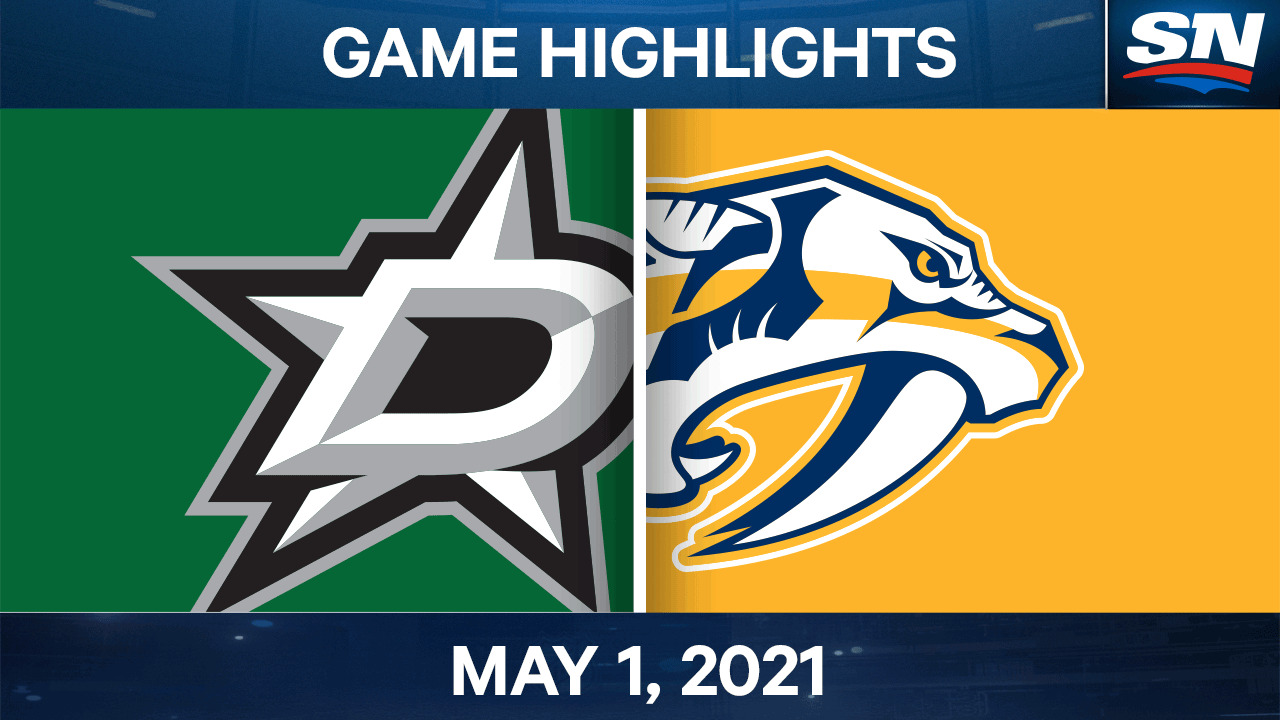 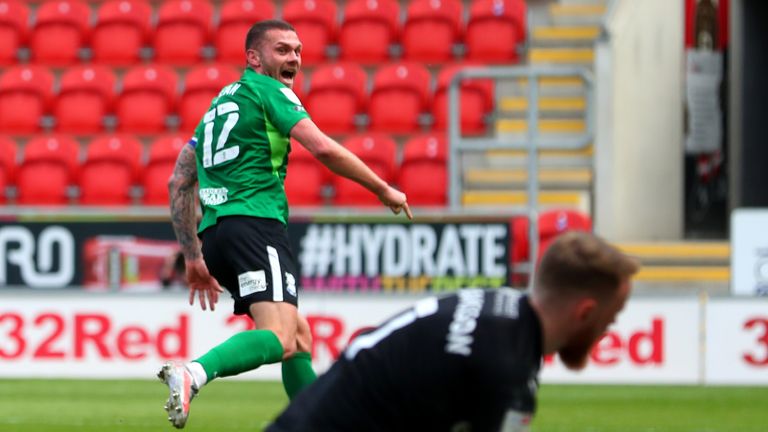